Robert Crumb was the dare-devil cartoonist who defied all the norms to introduce an extremely sexualized adult cartoon strip way back during the 1960s, shocking the conservative society of America which innocently believed that cartoons were for children. Crumb has never believed in living a normal life and adhering to the acceptable norms of the society. He was a free-spirit who believed in following his heart even if it meant being treated as an outcast by the society. The product of a difficult and unhappy marriage, he sought solace in comic books and even started creating his own comics with his brother. All through his teenage he was a rebel and shunned traditions. After high school he started working for a greeting cards company. He hated this job but was unable to find any better alternative. Things changed dramatically after he started using LSD during the mid-1960s. The drugs altered his perceptions, boosted his creativity and imagination, and gave him new-found courage to leave behind his mundane life on a whim and move on to a more exciting, fast-paced life. This step proved to be a crucial one in his life as his career truly took off after this incident and he made a name for himself in underground comic publication. American People
American Men
Pennsylvania Musicians
Male Musicians
Virgo Musicians
Childhood & Early Life
He was born on August 30, 1943 to Charles Crumb and Beatrice as one of their five children. His father had been a Combat Illustrator in the United States Marine Corps. His parents had an unhappy marriage because of which the children suffered.
He loved the animations of Walt Kelly and Fleischer Brothers, and started to draw his own comics along with his brothers. The boys even went door-to-door selling the comics they had made! 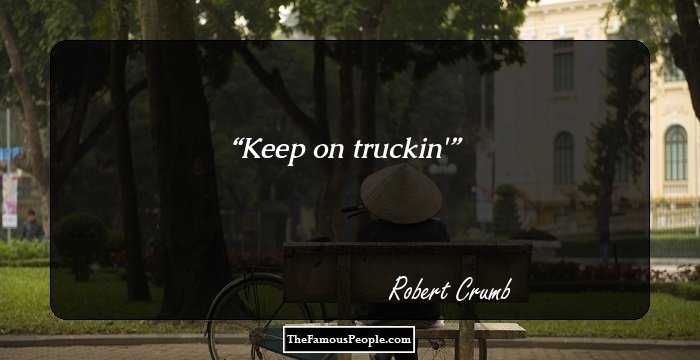 Continue Reading Below
Career
After graduating from high school he went to Cleveland where he found a job at American Greetings where his work was to draw novelty greeting cards. A bohemian at heart who never feared to steer clear of conventions, he met many likeminded individuals during this period.
The greeting card work did not thrill his young mind for long. He began drawing cartoons in his free time and tried selling them to comic book companies with little success.
The cartoonist Harvey Kurtzman printed some of Crumb’s works in 1965 in ‘Help!’ a humor magazine he edited. Encouraged by this, he moved to New York in the hopes of working with Kurtzman, but the magazine’s publication was stopped shortly afterwards.
A disappointed Crumb went on to illustrate bubblegum cards for Topps for a while. Failing to find any meaningful work, he returned to Cleveland and rejoined his old job.
In 1966, he began experimenting with LSD along with his wife, Dana. Using drugs severely altered his thinking, perception and attitude towards life. All this while he had been holding on to a job he hated, but the drug induced such a high that he was unable to cope with his mind numbing job any longer.
During the 1960s counterculture movement was building up in the US and Crumb ditched his job to move to San Francisco to join the movement in 1968. Even though it seemed a rash decision at that time, it would prove to be pivotal in the cartoonist’s career.
He published the Zap Comix #1 in late 1968, at the height of the youth counterculture. It featured his satirical cartoons. Initially 3,500 copies were printed ushering in the underground commix era.
His works became very popular during the late 1960s and 1970s for his satirical humor and explicit sexual content. Crumb was a highly creative person whose works in the underground comics’ scene made him a much loved figure of the counterculture era.
During the 1960s he created the comic book character, Mr. Natural, who first appeared in the premiere issue of ‘Yarrowstalks’. The character who had magical powers, cosmic insights and strange sexual habits was one of Crumb’s most liked creations.
Continue Reading Below
In 1972, he created the character, Fritz the Cat, an anthropomorphic cat who has wild adventures, often of sexual nature. This comic strip became extremely popular and appeared in magazines like ‘Help!’ and ‘Cavalier’.
He also used to illustrate album covers and from 1974 to 1984 he had drawn at least 17 album covers for Yazoo Records and Blue Goose Records. Some of the covers he illustrated were ‘Cheap Thrills’ and ‘The Music Never Stopped: Roots of the Grateful Dead’.
Along with David Zane Mairowitz, he authored ‘Introducing Kafka’, an illustrated biography of Franz Kafka with comical adaptations of some of Kafka’s most famous works. The book was also printed under the title ‘R. Crumb’s Kafka’ in order to cash in on the cartoonist’s popularity. 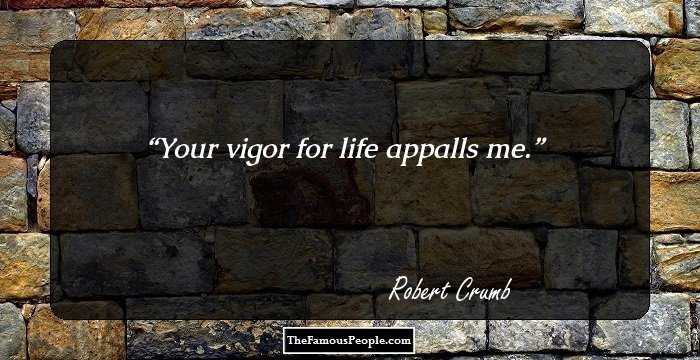 Quotes: Life, Me
Major Works
He is best known as the creator of the comic strip, ‘Fritz the Cat’, a feline con artist notorious for his sexual escapades. He gained immense popularity when the strip was made into an animated film which became the first ever animated film in the US to receive an ‘X’ rating.
Awards & Achievements
He was nominated for the Harvey Special Award for Humor in 1990.
In 2007, he was honored at the exhibition "Masters of American Comics" at the Jewish Museum in New York City. 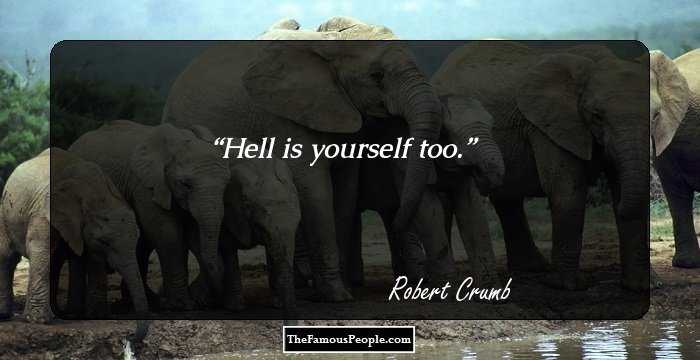 Quotes: Yourself
Personal life & Legacy
He married Dana Morgan in 1964. Along with her, he used to experiment with LSD. The couple later divorced in 1978.
He married Aline Kominsky, a fellow underground cartoonist, in 1978. The couple often worked together on projects.

See the events in life of Robert Crumb in Chronological Order