Rob Lowe is an American actor, director, and producer. With charming looks and charismatic smile, that caught every girl’s fancy, Rob Lowe became one of the hottest teenage sensations during the 1980s. This heart-throb made his mark on television by portraying ‘Sam Seaborn’ in the television series ‘The West Wing,’ following which, he received tremendous success. Some of his films include ‘Wayne’s World,’ ‘Contact,’ ‘Austin Powers: The Spy Who Shagged Me,’ and ‘The Specials’ that earned him fame and worldwide recognition. He is also a member of ‘Brat Pack,’ a group of actors who often appeared together in teenage drama films in the 1980s. He was one of the most influential actors at the peak of his career. His career catapulted to great heights owing to his splendid portrayal of characters in teenage drama movies. He began his career as a model and turned to acting during his teenage years and went on to become one of the most popular actors of the 20th century. This Golden Globe-nominated actor is an active philanthropist, who has helped raise millions of dollars for breast cancer initiatives and other health related issues of women. Dwayne Johnson
17th March In History
DID WE MISS SOMEONE?
CLICK HERE AND TELL US
WE'LL MAKE SURE
THEY'RE HERE A.S.A.P
Quick Facts 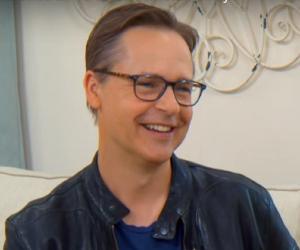 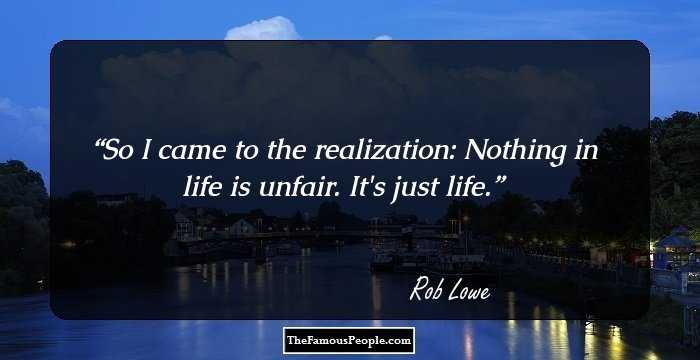 Quotes: Life, I
Continue Reading Below
Career
In 1983, he was starred for the first time in the television film ‘Thursday’s Child,’ which was about a 17-year-old boy who suffers from a heart disease. Lowe’s performance in the television film earned him his first ‘Golden Globe’ nomination. The same year, he landed his first major role in ‘The Outsiders,’ an American drama film.
In 1985, he appeared in ‘St. Elmo’s Fire,’ an American coming-of-age film, directed by Joel Schumacher.
In 1986, he starred opposite Demi Moore in the comedy-drama film ‘About Last Night,’ directed by Edward Zwick.
He rose to fame in the 1980s and became one of the hottest teenage sensations. Subsequently, he came to be known as a ‘teenage heartthrob.’
He received his second ‘Golden Globe’ nomination for his role as ‘Rory,’ a mentally disabled person, in the 1987 drama film ‘Square Dance,’ directed by Daniel Petrie.
In the 1990s, he appeared in films, such as ‘Wayne’s World,’ ‘Contact,’ and ‘Austin Powers: The Spy Who Shagged Me.’
In 1999, he acted in the ‘NBC’ television drama ‘The West Wing’ as ‘Sam Seaborn,’ one of his best known roles to date. His performance earned him two ‘Golden Globe’ nominations and a ‘Primetime Emmy Award’ nomination.
He became successful, playing roles in several miniseries in the late-1990s.
In 2004, he starred in TNT’s miniseries ‘Salem’s Lot,’ an adaptation of Stephen King’s novel of the same title.
Continue Reading Below
In 2005, he played the role of ‘Lieutenant Daniel Kaffee’ in Aaron Sorkin’s play, ‘A Few Good Men.’ The same year, he starred on ‘Lifetime’ network’s miniseries, ‘Beach Girls.’
He earned critical acclaim and worldwide recognition with the release of the 2005 film ‘Thank you for Smoking,’ in which he played the role of ‘Jeff Megall,’ a Hollywood super movie agent.
In 2007, he acted in the television film ‘Stir of Echoes: The Homecoming’ which premiered on ‘Syfy Channel,’ an American cable television channel.
In 2009, he was cast in ‘The Invention of Lying,’ a comedy film directed by Ricky Gervais. He also played the lead role in the movie ‘Too Late To Say Goodbye.’
In 2010, he was featured in the biographical series ‘Brat Pack: Where Are They Now.’ He also made an appearance on ‘The Tonight Show with Conan O'Brien.’
He was a cast member of the ‘NBC’ television series ‘Parks and Recreation’ from 2010 to 2015. He played a recurring character named ‘Eddie Nero’ in ‘Showtime’ drama series ‘Californication’ (2011-14), and the titular character in the 2012 movie ‘Drew Peterson: Untouchable.’
In the 2010s, he devoted his time to television, appearing in shows, such as ‘Moonbeam City’ (2015), ‘The Grinder’ (2015-16), ‘Code Black’ (2016-18), ‘The Orville’ (2017), and ‘Wild Bill’ (2019). He also voiced the character of ‘Simba’ in the animated series ‘The Lion Guard.’
In the meantime, he also appeared in movies and TV films, such as ‘Killing Kennedy’ (2013), ‘Sex Tape’ (2014), ‘Beautiful & Twisted’ (2015), ‘How to be a Latin Lover’ (2017), and ‘The Bad Seed’ (2018).
In 2019, it was announced that Rob Lowe would star in the spin-off version of ‘9-1-1’ titled ‘9-1-1: Lone Star.’ His other projects include the Christmas romantic comedy film ‘Holiday in the Wild.’
Continue Reading Below 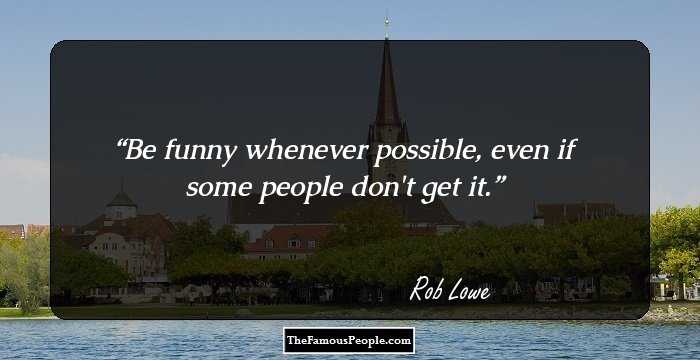 Major Works
He appeared in ‘The West Wing,’ a television drama that had 16 million viewers interested. It was ranked number 13 on ‘TV Guides’ list of ‘The 50 Greatest Dramas of All Time.’ The show was received well by the critics, and was also praised by political science pundits and former ‘White House’ staffers.
His 2005 miniseries ‘Beach Girls’ received the highest ratings in the history of ‘Lifetime Network.’
His 2013 biographical drama film ‘Behind the Candelabra’ premiered at the ‘Cannes Film Festival,’ and was highly appreciated by the critics. It received numerous awards and nominations, including a ‘Golden Globe’ nomination for Rob.
Awards & Achievements
In 2000, ‘People’ magazine featured him on the list of ‘50 Most Beautiful People in the World.’
In 2001 and 2002, he was the recipient of ‘Screen Actors Guild Award’ under the ‘Outstanding Performance by an Ensemble in a Drama Series’ category for ‘The West Wing.’ 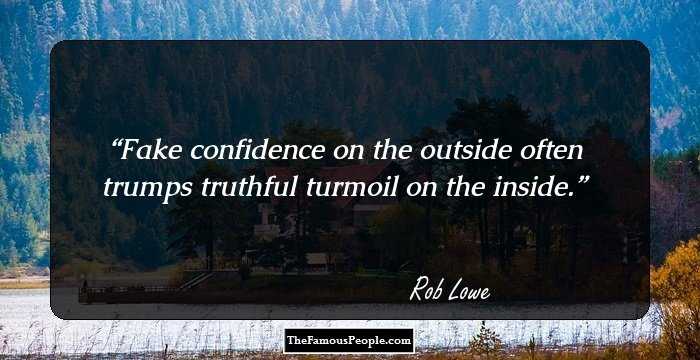 Personal Life & Legacy
He incurred unilateral deafness after contracting a viral infection during infancy.
He was romantically involved with American actor Melissa Gilbert, German actor Nastassja Kinki, and Princess Stéphanie of Monaco.
In 1991, he married Sheryl Berkoff, a makeup artist. The couple has two children.
He was the first male spokesperson for ‘Lee National Denim Day,’ a fundraiser created by ‘Lee Jeans’ to support breast cancer research.
He is the founder of ‘Homeowner's Defense Fund,’ a Santa Barbara County non-profit, non-partisan organization.
In 2011, his memoir ‘Stories I Only Tell My Friends’ was released. It is an autobiographical account of his journey from a model to a star.
Trivia
This Golden Globe-nominated American film and television actor was seen in a scandalous video involving a minor girl.

See the events in life of Rob Lowe in Chronological Order