Alpharita Constantia Marley, better known as Rita Marley, is a Jamaican-Ghanaian singer born in Cuba. She was the wife of the internationally acclaimed singer and songwriter Bob Marley. Along with continuing her career as a solo artist after Bob’s death, she is also known for carrying forward the musical legacy of her late husband. She founded the Bob Marley Foundation, a charitable organization, to help needy people in developing countries. Born in Santiago de Cuba in Cuba, she began her career by singing on the radio. Soon she started performing with Constantine Walker, her cousin, and Marlene Gifford, a friend. They were known as 'The Soulettes'. Impressed by their performance, singer Bob Marley also started working with them and became their mentor. Rita eventually joined Marley’s popular band 'Bob Marley and the Wailers'. Her first work with the band was the studio album 'Natty Dread'. It was the group's first album that reached the top 100 on the Billboard 200. The album also stood at the 181st position on Rolling Stone magazine's list of the 500 Greatest Albums of All Time. Rita Marley is also well known for her philanthropic works. Not only did she adopt 35 children in Ethiopia, but she also assisted more than 200 children in a school in Ghana. 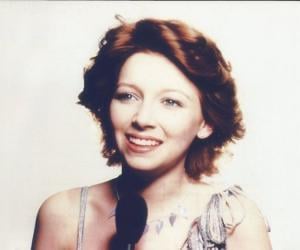 Lena Zavaroni
Singers #1284
Continue Reading Below
25th July In History
DID WE MISS SOMEONE?
CLICK HERE AND TELL US
WE'LL MAKE SURE
THEY'RE HERE A.S.A.P
Quick Facts

Jamaican People
Women Singers
Jamaican Singers
Jamaican Female Singers
Leo Women
Childhood & Early Life
Rita Marley was born as Alpharita Constantia on 25th July 1946, in Santiago de Cuba, the second largest city in Cuba. Her parents were Leroy Anderson and Cynthia Jarrett. She was abandoned by her mother at the age of five. She grew up in Kingston, Jamaica, where she was raised by her father and an aunt.
She was only thirteen when her father went to England to look for work, leaving her with her aunt. Soon she completed her high school and started attending the Bethesda School of Practical Nursing. However, her education was unfortunately derailed due to an unexpected pregnancy. Her first child, a daughter Sharon, was born in 1964.
Continue Reading Below
You May Like

The Hottest Male Celebrities With The Best Abs
Career
Rita Marley began her career as a singer on the radio. Eventually she started performing with her cousin Constantine Walker and friend Marlene Gifford. Once they sang for singer Bob Marley’s group ‘Wailing Wailers’, impressing him with their performance.
Marley arranged for Rita’s group to audition with Clement Dodd who used to run the Studio One record label. Later on Bob Marley also served as a mentor for the trio who were now known as the ‘Soulettes’
The recordings released by the trio include several rocksteady tunes, such as ‘Time for Everything’, ‘Turn Turn Turn’ and ‘One More Chance’ and ‘That Aint Right’.
Along with Judy Mowatt and Marcia Griffiths, Rita Marley formed the vocal group ‘I Three’ to support the band ‘Bob Marley and the Wailers’ as backing vocalists. Bob Marley’s band included Peter Tosh, Bunny Wailer, Cherry Smith and Beverley Kelso.
Her first work with the band was the studio album ‘Natty Dread’. It was the group’s first album that reached the top 100 of the Billboard 200. Together with the band, she released numerous other albums that gained international popularity.
In 1976, Bob Marley organized a free concert with the support of Michael Manley, the then Prime Minister of Jamaica. Two days before the concert, Bob, Rita, and their manager were assaulted by gunmen. However, they survived and later moved to London. In 1981, Bob passed away due to cancer.
After her husband’s death, Rita Marley still continued with her music career. She released a few albums which earned her some popularity and success in the UK.
Major Works
Rita Marley worked on several albums with the band ‘Bob Marley and the Wailers’. The first album she worked on with the band was ‘Natty Dread’, released in 1974, which also was the band’s first album to peak in the top 100 of the Billboard 200 at No. 92. It also peaked at No. 44 on Billboard Black Albums Chart, and at No. 92 on the Pop Albums Chart. In 2003, it was named at the 181st position on ‘The 500 greatest albums of all time’ list by ‘Rolling Stone’ magazine.
‘Exodus’, which was released in 1977, is another one of the band’s most significant works. It mostly revolved around themes like sex, religious politics, and change. The album included tracks such as ‘Turn Your Lights Down Low’ and ‘Three Little Birds’. It peaked at No. 20 on the US Billboard 200. It also charted in UK, Norway, Netherlands, France and Sweden.
‘Uprising’, a reggae album released in 1980 is another one of Rita Marley’s works with the band. The album is mostly religious, and reflects Bob Marley’s Rastafarian beliefs. The hit songs from the album include ‘Could You Be Loved’, and ‘Forever Loving Jah’. It was met with mostly positive reviews.
Awards & Achievements
The Jamaican government awarded Rita Marley with the Order of Distinction in 1996.
In 2010, she received the Marcus Garvey Lifetime Award.
She also received an honorary Doctor of Letters degree which was awarded by the University of West Indies.
Personal Life & Legacy
Rita and Bob Marley fell in love when she was still working as a part of the Soulettes. They got married in 1966. The couple had three children together, a daughter Cedella in 1967, a son David in 1968, and another son Stephen in 1972. She also had three other children from other relationships.
Even though Bob Marley had relationships with other women as well, the couple stayed together till his death. She also got involved into an extramarital affair herself, due to her frustration with the marriage.
After Bob Marley died of cancer in 1981, she established a charitable organization ‘The Bob Marley Charitable Foundation’, named after her husband, in order to help people in developing countries. It deals with issues such as poverty and hunger.

See the events in life of Rita Marley in Chronological Order 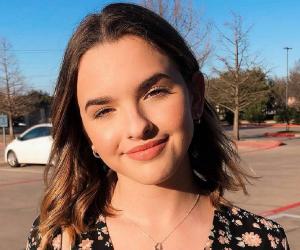 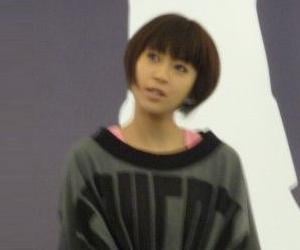