Kid Buu is a Canadian rapper who is known for his songs such as 'Double Up,' 'Death 2 Soundcloud,' 'Dead Roses,' 'Frozen Soul,' and 'On Me.' He had a smashing debut in 2017 and continued releasing more hit songs and albums. However, Kid Buu is more popular for his controversial life than for his music. He was in the news when his ex-girlfriend released a 'YouTube' video and accused him of faking his age. She also accused the rapper of lying to her and manipulating her on various occasions. She also revealed about Kid Buu’s marriage to another lady, from which he has a daughter. Drake
Rappers #678
Singers #4697
11th April In History
DID WE MISS SOMEONE?
CLICK HERE AND TELL US
WE'LL MAKE SURE
THEY'RE HERE A.S.A.P
Quick Facts

American People
Canadian People
Canadian Men
Aries Singers
Male Singers
Male Rappers
Career
Kid Buu began his music career as a rapper. He made his debut with the album 'K A N E D A,' which released on April 13, 2017. Following this, he released his album 'Blind For Love.' He had collaborated with Oohdem Beatz for the album. The album released on February 13, 2018. On September 17, 2018, his single 'Poppa' was released. It was produced by Oohdem Beatz. Following this, Kid Buu released the song 'Death 2 Soundcloud,' which is one of his most notable singles. Miami-based rapper Icy Narco was featured in Kid Buu’s single 'Frozen Soul.' Some of his other hit songs are 'Double Up (Run It Up),' 'On Me,' and 'Dead Roses (Never Wanted You).'
Kid Buu is active on 'Instagram,' where he has earned over 473 thousand followers. He also owns a 'YouTube' channel but has posted only one video on it to date: the music video of his single 'Greener Days' from the album 'Blind For Love.'
You May Like

Aries Rappers
American Rappers
American Singers
Canadian Rappers
Continue Reading Below
Controversies
In 2018, Kid Buu was rumored to be in a relationship with social-media star Sarah Penman. Their relationship was short-lived and came under the media spotlight only after Sarah accused Kid Buu of fraud. She made the accusations through a 'YouTube' video.
Sarah claimed that Kidd Buu had abused her and had faked his actual age. She also stated that she had initiated her relationship with Kid Buu only because he had claimed he was 23. Sarah was 18 then and had thought they made a perfect match. It was later revealed that Kid Buu was 30 at that time. She further accused Kid Buu of faking his personality as a musician. She claimed that he did not even get paid for his shows.
Sarah accused Kid Buu of infidelity, too. She claimed Kid Buu was married and had a daughter. When Sarah confronted Kid Buu about the other woman, he simply blamed the woman of framing him. Sarah revealed that the daughter's mother had messaged her on 'Instagram' and told her the truth. She had told Sarah that Kid Buu had influenced her to start a relationship with him. The lady also claimed that she was a minor at that time and that Kid Buu had left her after she delivered their daughter.
Sarah made similar accusations. She said that he had always lied and manipulated her to make her believe him. In the 'YouTube' video that Sarah posted, she claimed that the purpose of releasing the video was to help Kid Buu’s daughter reunite with her father. However, Kid Buu has never stated anything regarding the accusations made by Sarah.
Kid Buu was also rumored to be gay. However, his multiple relationships with women contradict the rumor.
On October 28, 2009, Kid Buu was arrested for child abuse.
Recommended Lists:

Canadian Singers
Aries Men
Personal Life
According to some sources, Kid Buu was born on April 11, 1994, in New Jersey, US. Other sources claim that the rapper was born in Ontario, Canada, and had spent some years in Toronto. There has been a controversy over his actual age, and a few sources claim he was born in 1988. His real name is Markquez Lao Santiago. He adopted the name of the anime character “Kid Buu” as his rap moniker.
Kid Buu was raised by a single mother. He now lives in Los Angeles, California. 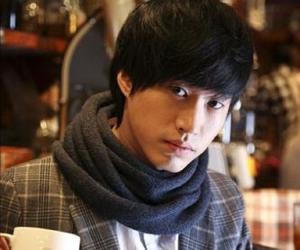