Advanced Search
Ricky Martin is a Puerto Rican singer who ruled the world of Latin and American pop during the 1990s. After his initial stint with the all-boy Latin pop band ‘Menudo,’ he went on to pursue a career as a solo artist. He released a couple of albums in Spanish before he was chosen to compose ‘La Copa de la Vida’ (The Cup of Life) as the official theme of the 1998 ‘FIFA World Cup.’ He later performed the same at the 41st ‘Grammy Awards.’ It was his blockbuster single ‘Livin’ la Vida Loca’ that brought him worldwide recognition and made him an international superstar. As one of the most prominent Latin pop singers, he successfully placed the genre on world stage, paving the way for other popular Latin singers, such as Shakira, Enrique Iglesias, and Jennifer Lopez. In addition to Spanish, he also recorded English-language albums that increased his popularity. His best-selling albums include ‘A Medio Vivir,’ ‘Sound Loaded,’ ‘Vuelve,’ ‘Me Amaras,’ ‘La Historia,’ and ‘Musica + Alma + Sexo.’ He is credited for selling over 85 million albums across the world. He has also performed in concerts all over the world. Luis Fonsi
DID WE MISS SOMEONE?
CLICK HERE AND TELL US
WE'LL MAKE SURE
THEY'RE HERE A.S.A.P
Quick Facts

American People
Puerto Rican People
Pop Singers
Lyricists & Songwriters
American Men
Puerto Rican Men
Childhood & Early Life
Ricky Martin was born Enrique Martin Morales on December 24, 1971, in San Juan, Puerto Rico, to Enrique Martin Negroni, a psychologist, and Nereida Morales, an accountant.
His parents divorced when he was just two years old, after which he stayed alternatively in his father’s home and paternal grandparents’ house during his childhood.
At six, he took up singing and acting lessons and started performing in school plays and choir. By the age of nine, he was appearing in TV commercials for soft drinks, fast-food restaurants, and toothpaste. 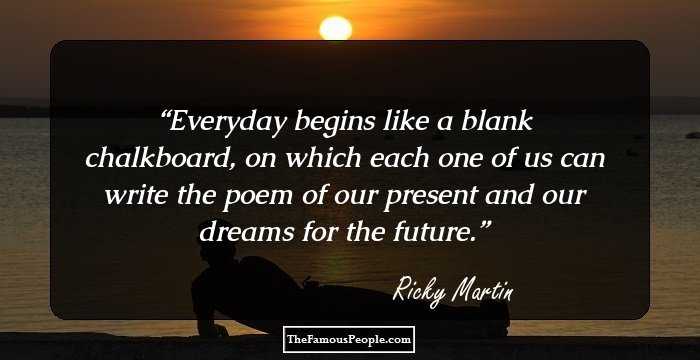 Quotes: Future, Like, Dreams
Continue Reading Below
Career
He was selected to be a part of the Latin boy-band ‘Menudo’ in 1984. He gave his first performance a month later at the ‘Luis A. Ferre Performing Arts Center,’ San Juan.
He traveled around the world as the band’s lead singer for the next five years, performing in various languages.
In 1989 at the age of 17, he left the group after recording 11 albums and returned to Puerto Rico to complete his high school. He then enrolled at ‘Tisch School of the Arts’ in ‘New York University,’ New York City, to study acting and singing.
He dropped out of college and moved to Mexico to perform onstage in ‘Mama Ama el Rock.’ He also acted in a Mexican telenovela titled ‘Alcanzar una Estrella.’
He released his debut solo Spanish-language album ‘Ricky Martin’ in 1991 under ‘Sony Discos.’ The album became a hit and featured on Latin charts. This was followed by his second solo album ‘Me Amaras’ in 1993.
He debuted on American TV with the NBC sitcom ‘Getting By’ in 1994. Later, he acted in ABC’s soap opera ‘General Hospital’ in 1995. In 1996, he made an appearance in the Broadway production of ‘Les Miserables.’
His third album ‘A Medio Vivir’ came out in 1995 and became a turning point in his career as it sold over three million copies worldwide. Two years later, he lent his voice to the Spanish version of Disney’s animated film ‘Hercules.’
In 1998, he recorded his fourth album ‘Vuelve’ which peaked at No. 1 on ‘Billboard Top Latin Albums.’ It also became his first album to appear in the top 40 of ‘US Billboard 200.’
He launched his first English-language album ‘Ricky Martin’ in 1999, which debuted at No. 1 on the ‘Billboard 200’ chart. The album was declared ‘the most successful by a Hispanic artist.’
Continue Reading Below
In 2000, he established the child advocacy organization ‘Ricky Martin Foundation’ to promote children’s well-being and fight against child exploitation and trafficking.
In 2001, he released his album ‘La Historia,’ a compilation of his greatest Spanish-language hits. Two years later, he recorded a new Spanish album titled ‘Almas del Silencio’ which included chart-topping singles, such as ‘Tal Vez,’ ‘Jaleo,’ and ‘Y Todo Queda en Nada.’
His 2005 album ‘Life’ marked his return to English-language pop. The album proved to be more successful in French-speaking nations, especially France.
He traveled around the globe for his ‘One Night Only with Ricky Martin’ tour in 2006, performing in Latin America, United States, Europe, and Africa. Meanwhile, he also performed at the closing ceremony of the 2006 Winter Olympics in Turin, Italy.
He recorded his blockbuster ‘MTV Unplugged’ concert in 2006, which released on both CD and DVD formats.
He embarked on a worldwide ‘Black and White Tour’ in 2007. In 2008, he released another compilation album titled ‘17.’ In 2011, he released ‘17: Greatest Hits’ in the UK. In 2013, he released ‘Greatest Hits: Souvenir Edition’ in Australia.
Meanwhile in 2010, he published his autobiography ‘Me’ which was included in the Bestseller list of ‘The New York Times.’
He released his chart-topping album ‘Musica + Alma + Sexo’ in 2011, which peaked at No. 1 on ‘Billboard Top Latin Albums.’
He made a special appearance in an episode of Fox’s TV show ‘Glee’ in 2012. His 2013 English album ‘Come with Me’ was followed by ‘Ricky Martin Live’ concert tour.
Continue Reading Below
He released his first children’s book ‘Santiago the Dreamer in Land Among the Stars’ in 2013.
In 2014, he embarked on ‘Mexican One World Tour.’ He ended the tour after performing at the opening ceremony of the 22nd ‘Central American Caribbean Games.’
He released his Spanish language album ‘A Quien Quiera Escuchar’ in 2015. The album topped the ‘Billboard Best Latin Pop Albums.’ The album was celebrated and earned him various awards and nominations.
In 2016, the song ‘Vente Pa’ Ca,’ in collaboration with Colombian singer Maluma, gained international attention and performed well in music charts all over the world. He then held a residency show in Las Vegas in 2017.
His portrayal of ‘Antonio D'Amico,’ partner of fashion designer Gianni Versace, in an episode of the American TV series ‘American Crime Story’ in 2018 earned him his first ‘Primetime Emmy Award’ nomination for ‘Outstanding Supporting Actor.’
In February 2018, Martin released his single ‘Fiebre’ from his new musical production. On February 7, 2020, the singer embarked on his world tour, ‘Movimiento Tour.’ 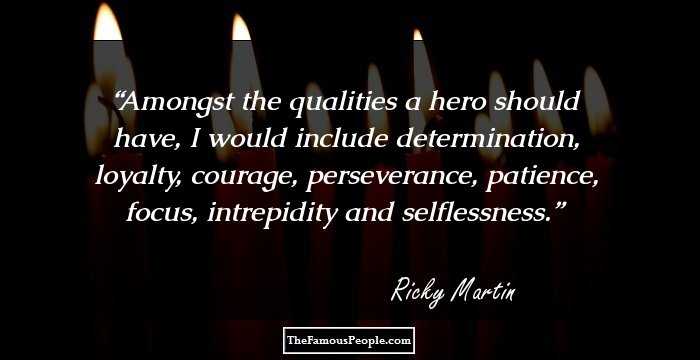 Quotes: I
Major Works
His single ‘Maria,’ which was included in the 1995 album ‘A Medio Vivir,’ became his first international hit as it sold more than five million copies worldwide. It peaked at No. 1 in France, Belgium, and Australia.
In 1998, he composed the smash hit single ‘La Copa de la Vida’ (The Cup of Life) as the official theme for the ‘FIFA World Cup.’ He performed the single in the tournament’s final game, held at ‘Stade de France.’
Continue Reading Below
His single ‘Livin’ la Vida Loca’ from his debut English album ‘Ricky Martin’ created history on ‘Columbia Records’ by becoming the No. 1 selling single. It is regarded as his biggest hit till date.
His 2000 album ‘Sound Loaded’ performed well on the music charts. Its two singles, ‘She Bangs’ and ‘Nobody Wants to Be Lonely,’ peaked at No. 1 on ‘Hot Latin Songs.’
Awards & Achievements
In 1999, he won the ‘Lo Nuestro Award’ for ‘Pop Song of the Year’ for his single ‘La Copa de la Vida.’ He also won the ‘Grammy Award’ for ‘Best Latin Pop Album’ for his Spanish-language album ‘Vuelve.’
He received the ‘Lifetime Achievement Award’ at ‘Lo Nuestro Awards’ in 2004.
‘The International Center for Missing and Exploited Children’ awarded him the ‘International Humanitarian Award’ in 2005.
In 2006, he received the ‘Latin Recording Academy Person of the Year’ from the ‘Latin Recording Academy.’
In 2007, he received a star on the ‘Hollywood Walk of Fame.’
His album ‘MTV Unplugged’ received the ‘Best Male Pop Vocal Album’ and ‘Best Long Form Music Video’ at the 2007 ‘Latin Grammy Awards.’
His 2015 album ‘A Quien Quiera Escuchar’ won the ‘Best Pop Latin Album’ at the 58th ‘Annual Grammy Awards.’ 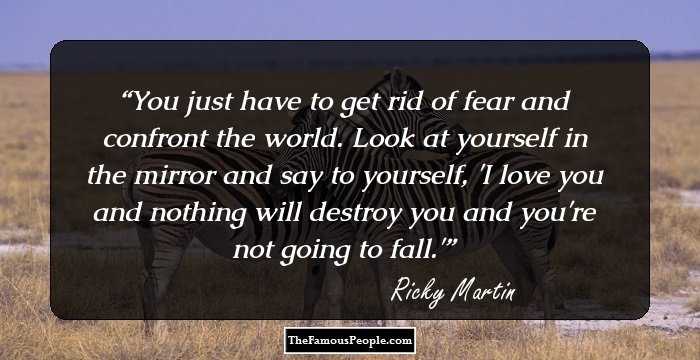 Quotes: You, Love, Yourself, Will, Fear, I Love You
Personal Life & Legacy
He was in a relationship with Mexican TV presenter Rebecca de Alba, but his on-again, off-again relationship with Rebecca ended in 2005.
In 2008, he became the father of twin sons, Matteo and Valentino, borne by a gestational surrogate.
In 2010, he came out as gay. He announced his relationship with Economist Carlos Gonzalez Abella in 2011. However, the two separated in 2014.
In 2016, he began dating the London based painter and artist Jwan Yosef. The couple announced their marriage in 2018.
Martin and Yosef are parents of daughter Lucía (born December 2018) and son Renn (born October 2019).
Trivia
August 31 is celebrated as ‘International Ricky Martin Day’ in Puerto Rico.

Quotes By Ricky Martin | Quote Of The Day | Top 100 Quotes

See the events in life of Ricky Martin in Chronological Order 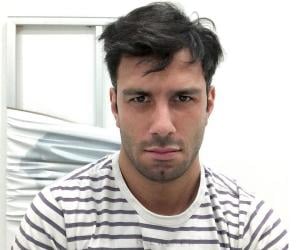 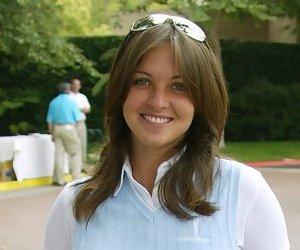