Richard Allensworth Jewell was a police officer and security guard from America who gained media attention for his connection with the Centennial Olympic Park bombing at the 1996 Summer Olympics in Atlanta, Georgia. Employed as a security guard for AT&T, Jewell found a backpack with three pipe bombs on the park grounds. He subsequently informed the authorities and played an instrumental role in evacuating the area before the bomb detonated. At first, he was dubbed a hero by the media for saving numerous lives. However, both the authorities and media later regarded him as a suspect. While he never was officially charged, insurmountable damage had already been done to his physical and emotional well-being by the media based on bias. Jewell grew up in Georgia and was married. In October 1996, he was formally absolved of any blame for the bombing. He subsequently filed libel lawsuits against a number of news outlets. In 2006, Governor Sonny Perdue released a public statement, expressing his gratitude on behalf of the people of Georgia towards Jewell for his actions during the Olympics. Jewell passed away a year later at the age of 44. 1312
DID WE MISS SOMEONE?
CLICK HERE AND TELL US
WE'LL MAKE SURE
THEY'RE HERE A.S.A.P
Quick Facts 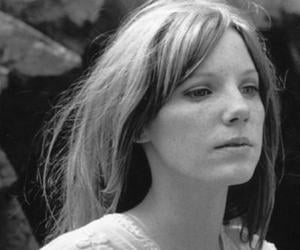 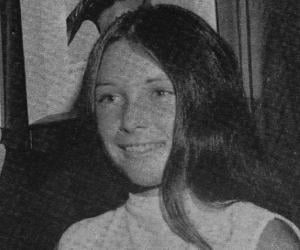 Salvador Dali
Childhood & Family Life
Born Richard White on December 17, 1962, in Danville, Georgia, USA, Jewell was the son of Bobi and Robert Earl White.
His mother worked as an insurance claims co-ordinator, while his father was a Chevrolet employee. His parents separated when he was four years old. His mother then married an insurance executive named John Jewell, who adopted him and helped his mother in raising him.
Richard was married to a woman named Dana.
Continue Reading Below
You May Like

Who Is The Most Popular BTS Member?
Centennial Olympic Park Bombing
Richard Jewell had served as a security guard, jailer, and deputy sheriff before becoming a security guard for AT&T. On July 27, 1996, he was working as a security guard at Centennial Olympic Park in Atlanta, Georgia, where thousands of people had come together for a late concert.
He found a backpack filled with three pipe bombs and notified the Georgia Bureau of Investigation. Jewell and other security guards immediately started clearing the area.
The bomb exploded 13 minutes after the discovery, before all the spectators could be evacuated by Jewell and others. One person was killed and more than a hundred others were injured. A cameraman also passed away after having a heart attack while trying to film the incident.
Aftermath
Initially after the bombing, the media reports portrayed Richard Jewell as a hero. Three days later, ‘The Atlanta Journal-Constitution’ published an article in which it was reported that the FBI was considering him a possible suspect, as the agency believed that a “lone bomber” was responsible for the incident.
In the following weeks, the media’s opinion of him drastically changed, with many news outlets portraying him as the presumed culprit.
The media called him a “person of interest” in the case and scrutinized his past to find a connection between him and the FBI’s "lone bomber" profile, which had been leaked. According to them, he was a failed law enforcement officer who put the backpack in Centennial Olympic Park and then “discovered” it in order to portray himself as a hero.
While Jewell was never officially charged, a Justice Department investigation of the FBI’s conduct later revealed that the FBI had tried to convince Jewell that he should waive his constitutional rights by making him believe that he was participating in a training film about bomb detection. However, the report went on to declare that neither Jewell’s civil rights had been violated nor any criminal misconduct had occurred.
The FBI conducted two public searches on his home, interviewed people who knew him, looked into his background, and kept 24-hour surveillance on him. It was only after Jewell took a successful polygraph that the FBI stopped treating him as a possible suspect.
In October 1996, the investigating US Attorney, Kent Alexander, wrote Jewell a letter, in which he declared the other man to be innocent. This had rarely happened before.
The real bomber, Eric Rudolph, was arrested in Murphy, North Carolina, on May 31, 2003. The motive for his actions, according to a statement he made in 2005, was political. Rudolph was subsequently convicted for the bombings and sentenced to two consecutive life terms.
Lawsuits
After Jewell was cleared of any wrongdoings, he filed lawsuits against several news outlets, including NBC, the New York Post, CNN, and Cox Enterprises (d.b.a. Atlanta Journal-Constitution).
CNN and the New York Post settled with Jewell for undisclosed amounts. NBC did not withdraw the story they published, but they made a $500,000 payment to Jewell. Jewell also sued Piedmont College, his former employer, who settled for an undisclosed amount as well.
Atlanta Journal-Constitution was the only news outlet that did not opt for a settlement with Jewell. The legal battle continued even after his death. The Georgia Court of Appeals ultimately dismissed the lawsuit.
Later Years & Death
After Rudolph’s 2005 confession, Jewell was fully exonerated. He served as a police officer in Pendergrass, Georgia. He was employed as a deputy sheriff in Meriwether County, Georgia, when he died. He was also regularly asked to deliver speeches at colleges.
Jewell had been diagnosed with heart diseases, kidney diseases, and diabetes. He passed away on August 29, 2007. In the upcoming Clint Eastwood film ‘Richard Jewell’, Paul Walter Hauser is set to portray the titular character.
You May Like

See the events in life of Richard Jewell in Chronological Order 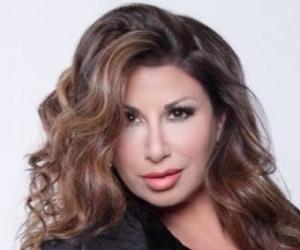 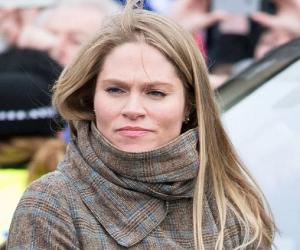