Alexander Selkirk was a Scottish Royal Navy officer who was ‘marooned’ by his captain on a remote uninhabited island in 1704. As a result, Selkirk spent more than four years as a castaway in the deserted island in the South Pacific Ocean. The privateer survived those four years and four months with great difficulty, making the best of the available resources on the island. He used to gather fruits and vegetables and hunt animals for food. He was eventually rescued in February 1709 by a privateering ship. As a young man, Alexander Selkirk participated in buccaneering voyages during the European conflict of the Spanish succession in the early 1700s. He was known for his unruly nature and aggressive behavior. He had a great understanding of the sea and ships and was a highly skilled privateer. Based on the remarkable events of Selkirk’s ordeal surviving in the uninhabited island, Daniel Defoe created his fictional character of Robinson Crusoe for his novel ‘The Life and Surprising Adventures of Robinson Crusoe.’ The novel and the character both became widely publicized. 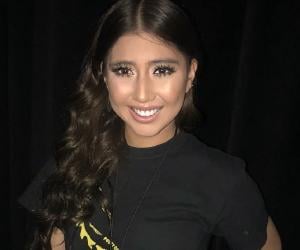 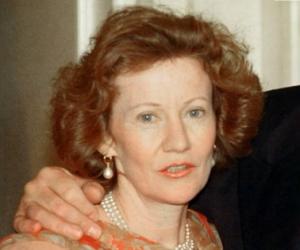 Jennifer Lynton
Continue Reading Below
DID WE MISS SOMEONE?
CLICK HERE AND TELL US
WE'LL MAKE SURE
THEY'RE HERE A.S.A.P
Quick Facts

Cause of Death: Yellow Fever

Jennifer Lynton
Childhood & Early Life
Alexander Selkirk was born in 1676, in Lower Largo, Fife, Scotland, to a shoemaker and his wife. During his teenage, he earned a bad reputation in his neighborhood.
Selkirk became known for being ill-tempered and was also accused of misbehaving inside the church. He also got into trouble with his family, especially his brothers.
At the age of 17, Alexander Selkirk was summoned by the local Kirk Session after he was accused of indecent behavior inside the church. However, Selkirk didn’t oblige to the call as he left his hometown and went on a sea voyage.
Continue Reading Below
You May Like

The Best Black Actresses Of All Time
Journey as a Privateer
From the early days, Alexander Selkirk was fond of the sea and the thought of exploring the oceans excited him a lot. He went on multiple voyages as a privateer in the late 1690s.
In 1703, he joined a group of English privateers led by William Dampier. The expedition was on the South Pacific Ocean, and since it was the time of the War of the Spanish Succession, the privateers went with armed merchant ships.
Due to his previous expeditions and experience as a privateer, Selkirk was given charge of the ship ‘Cinque Ports’ which accompanied the ship ‘St George’ captained by William Dampier.
The group faced a heavily armed French ship and engaged in a long battle. Later, the group tried to raid the Panamanian gold mining town of Santa María which failed due to an ambush. The master of the expediting group, Captain Thomas Stradling, abandoned William Dampier when the latter disagreed with the raid.
Marooned on an Uninhabited Island
After Captain Thomas Stradling abandoned William Dampier, he gave Alexander Selkirk the charge of the prize ship and took the expedition to an island named Más a Tierra to restock supplies.
Selkirk, armed with his expertise and experience, implied the vessel ‘Cinque Ports’ was too damaged to go on another voyage. He suggested the ship be repaired first; it would be dangerous to not do so before leaving the Juan Fernández Islands.
Selkirk, in an attempt to make everyone realize the gravity of the danger, declared he would rather stay on the inhabited island than sail on the damaged ship. Captain Thomas Stradling did not take that lightly and actually threw him out of the ship with a few supplies, including a Bible and a musket.
Selkirk was right in his assessment of the ship; it didn’t last long on the ocean. Captain Stradling and the rest of the crew were captured by the Spanish and were taken to Lima, Peru, where they were tortured and imprisoned.
Alexander Selkirk, in hopes of being seen and rescued, tried to remain close to the shore. But within a few days, he had to move inwards. He found more resources after moving into the interior. He found a variety of vegetables and fruits to feed himself. He also found goats to hunt for meat.
To fight with loneliness, he domesticated a few cats. He made a knife from a barrel he found on the island. He managed to kindle a fire and devised a process to make the seawater drinkable. He also used goat skins to make new clothes for himself once his old ones wore out.
Initially, Selkirk used his musket to hunt animals but once he was out of ammunition, he tried the old ways of hunting. Once when he was chasing a prey, he fell off a cliff and injured himself. He also escaped from a Spanish group that anchored in the island. Selkirk did his best to hide from the Spanish ships to avoid imprisonment.
Rescue by William Dampierï¿½
On February 2, 1709, a private ship captained by William Dampier discovered Selkirk in the island. Woodes Rogers, who led the expedition to the island from their main fleet, was amazed by Selkirk’s physical state as well as his mental strength to survive that long in an uninhabited island.
Alexander Selkirk was rescued and brought to the fleet. He went on to become a privateer again and led an expedition to Guayaquil where they completed a treasure hunt. Selkirk went on a world voyage with the ship Duke.
Death & Legacy
In the early 1710s, Alexander Selkirk started living in London but found himself in trouble like his earlier days. He got involved in a fight and was charged with assaulting a ship mechanic. He then allegedly eloped with a dairymaid named Sophia Bruce.
He enlisted in the Royal Navy and started going on voyages again. He married a widowed innkeeper named Frances Candis in 1720.
While onboard HMS Weymouth, as the master's mate, he suffered from tropical illness. He died on December 13, 1721, due to yellow fever.
Based on his life story, popular English writer Daniel Defoe wrote a novel titled ‘The Life and Surprising Adventures of Robinson Crusoe’. English poet William Cowper wrote a poem named ‘The Solitude of Alexander Selkirk’. Charles John Huffam Dickens and Patrick Kavanagh also mentioned him in their works.
You May Like

See the events in life of Alexander Selkirk in Chronological Order 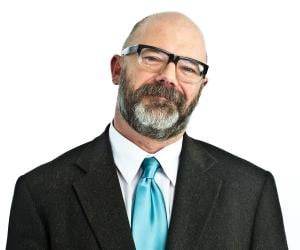