Maria Altmann was an Austrian-American Jewish refugee who escaped Nazi occupied Austria and took refuge in America where she later became a naturalized citizen. Her inspirational life story unfolds her successful quest in reclaiming five of her family-owned paintings from government of Austria that were seized by the Nazis during Second World War. The paintings, an artwork of Austrian symbolist painter Gustav Klimt, were commissioned by Altmann’s uncle Ferdinand Bloch-Bauer which included two portraits of his wife. Altmann approached Austrian government but her initial attempts fell into deaf ears. This forced her to sue the Austrian government in an Austrian court, but she later dropped the case due to huge fee. She later filed a case under FSIA in the United States District Court for the Central District of California, which was ruled in her favour. Following this, an arbitration panel led by three Austrian judges also ruled the case in her favour resulting in return of the paintings to Altmann by the Austrian government.
Continue Reading Below 132
DID WE MISS SOMEONE?
CLICK HERE AND TELL US
WE'LL MAKE SURE
THEY'RE HERE A.S.A.P
Quick Facts 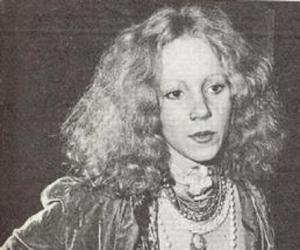 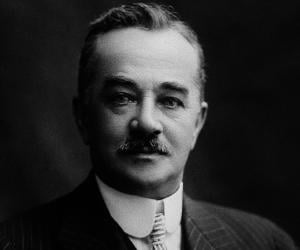 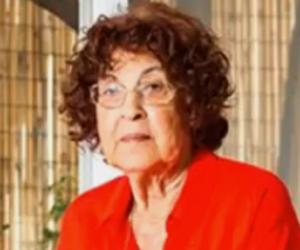 American Celebrities
Austrian Celebrities
Aquarius Women
Childhood & Early Life
Maria Altmann was born Maria Victoria Bloch on February 18, 1916 in Vienna, Austria-Hungary in the wealthy Jewish family of Gustav Bloch and Marie Therese. In 1917, the family changed their name to Bloch-Bauer.
Her uncle, Czech sugar magnate, Ferdinand Bloch-Bauer, and his wife, Adele, were closely associated with the circle of artists of Vienna Succession movement that Austrian symbolist painter Gustav Klimt aided in establishing in 1897.
Altmann remembered her aunt, Adele’s grand house that was embellished with tapestries, pictures, fine porcelain collection and stylish furniture. Her aunt was a great patron of arts and also posed as model in some of the brilliant artworks of Klimt.
Adele would often play host in the salon of her palatial house in Elisabethstrasse that would be graced by renowned artistic, political and social figures of the day, including Klimt.
Among Adele’s guests was the Austrian painter, composer and music theorist Arnold Franz Walter Schoenberg, one of the prominent figures of the Second Viennese School. US attorney and genealogist E Randol Schoenberg who took up Altmann’s case is the grandson of the composer.
Adele died in 1925 after suffering from meningitis.
Altmann tied knot with opera singer Fredrick "Fritz" Altmann in 1937 and soon after on March 12, 1938, Austria was annexed to Nazi Germany which would be described as ‘Anschluss’.
Adele's diamond necklace and earrings that Altmann received from her uncle as wedding gift were stolen from her by the Nazis and the necklace was sent as a gift to the wife of Nazi leader Hermann Göring.
Moreover, Ferdinand’s collection of fine porcelain; his sugar refinery; as also all his art collections including two portraits of Adele and three landscapes made by Klimt were seized by the Nazis.
Altmann’s husband Fredrick was held by the Nazis at Dachau concentration camp to compel her brother-in-law Bernhard Altmann, who by that time shifted to England, to hand over his thriving textile factory to the Germans.
Following the release of her husband, the couple fled their homeland leaving behind all their movable and immovable properties. The couple escaped to the US first settling in Fall River, Massachusetts and later in the affluent neighbourhood of Cheviot Hills in California.
Continue Reading Below
You May Like

Famous Beautiful Women With Green Eyes
Later Life
After Altmann settled in California, Bernhard sent her a cashmere sweater through mail along with a note saying "See what you can do with this". At that time cashmere sweater was not available in the US and as soon as she took it to Kerr's Department Store in Beverly Hills it drew much interest from buyers.
In no time Bernhard's cashmere sweaters became a craze in California as also throughout the US. Altmann eventually emerged as face of the product that encouraged her to launch her own business on apparels. Her clientele included personalities like actor Spencer Tracy’s mother Caroline Brown Tracy.
In 1945, she became a naturalised citizen of the US. Her uncle Ferdinand died that year on November 13. He left his estate to Altmann and two of his other nephews and nieces.
Meanwhile, the five looted paintings of Ferdinand found place in the custody of the Austrian government. Altmann for many years was under the presumption that the Austrian National Gallery has legitimately kept her family-owned Klimt paintings in their possession.
It was Austrian investigative journalist Hubertus Czernin, who was the first journalist to get hold of the records of the Austrian Gallery in Vienna, discovered that Ferdinand had never donated the Klimt artworks to the state museum as claimed otherwise by Austria. He issued a number of articles on the ownership of the five paintings in 1998.
The Austrian government had kept the paintings on the basis of Adele’s will where she asked Ferdinand to leave the artworks to the Austrian State Gallery after his demise. However, the point that cropped up was whether such request of Adele was legally obligatory for her husband as Ferdinand himself was the owner of such paintings and after him, his heirs.
Getting to know such fact, Altmann, by that time 82, resolved to get the paintings back to her family. Initially, in an attempt to negotiate, she was ready to allow the Austrian government to keep the portraits and asked only to return the landscape paintings to the family, but when the Austrian authorities did not consider her proposal seriously, she tried to sue the Austria government in an Austrian court in 1999.
As the filing fee of the lawsuit, that according to Austrian law comes to a percentage of recoverable amount of property in question, was amounting to over $1.5 million and even after reduction by Austrian courts to $350,000, Altmann dropped the lawsuit there.
She filed a lawsuit in 2000 under the Foreign Sovereign Immunities Act (FSIA) in the United States District Court for the Central District of California which came to be known as ‘Republic of Austria v. Altmann’.
Continue Reading Below
In 2004, the Supreme Court of the United States ruled that Austria was not exempted of obligation from such a case. Following such rule an arbitration panel was formed led by three Austrian judges.
On January 16, 2006, the panel also ruled in favour of Altmann mentioning that Austria legally needs to return such paintings to her and other heirs. Austria returned the artworks to the heirs in March of that year. In terms of money this marked the highest single return of artwork in Austria looted by the Nazis.
Till June 30, 2006, the paintings were exhibited at the Los Angeles County Museum of Art and later Altmann sent them to the British auction house ‘Christie's’.
American businessman, philanthropist, art collector and political activist Ronald Lauder purchased the ‘Portrait of Adele Bloch-Bauer I’ (1907) painting for $135 million, the maximum amount paid for any painting till such time.
The ‘Adele Bloch-Bauer II’ (1912) painting was sold in November 2006 for around $88 million. The proceeds from sell of all the five paintings summed up to around $325 million which were distributed among heirs.
A portion of such proceeds was also used to establish the ‘Maria Altmann Family Foundation’ that backs several philanthropic as well as public institutions.
Personal Life & Legacy
Maria Altmann lost her husband in 1994 and on February 7, 2011 she died at her Cheviot Hills home.
Her journey in re-claiming her family belongings found place in three documentaries namely,’ The Rape of Europa’ (2006), ‘Stealing Klimt’ (2007) and ‘Adele's Wish’ (2008); and in Anne-Marie O'Connor’s book ‘The Lady in Gold, the Extraordinary Tale of Gustav Klimt's Masterpiece, Portrait of Adele Bloch-Bauer’.
A biographical film ‘Woman in Gold’ (2015) was made on her where Tatiana Maslany and Helen Mirren portrayed her younger and older versions respectively. The film was a commercial success.
You May Like

See the events in life of Maria Altmann in Chronological Order 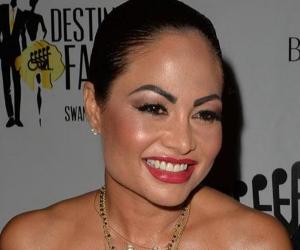