Ricardo Palma was a Peruvian author, historian, librarian and political figure. Although he produced many essays, short stories and other valuable literary works throughout his life, he is best known for writing a series of historical fiction called 'Tradiciones peruanas' (Peruvian Traditions). These well-received stories, which were originally published in foreign newspapers and magazines and later compiled in Peru, mixed fact and folklore to create a rich and engaging history of colonial and republican Peru. He drew upon oral tradition, history, earlier works and gossip to create his picturesque 'tradiciones.' His education at the University of San Carlos was cut short when he voluntarily joined the Peruvian navy at the age of 20. He served in the navy until political issues forced him into exile in Chile. After six years of exile, which he devoted to journalism, he returned to Peru to participate in the revolutionary movement against Spain. In addition, he took part in the War of the Pacific, protesting against the destruction of the National Library by Chilean troops and later working to restore the library to its former grandeur. He remained curator of the National Library until his death 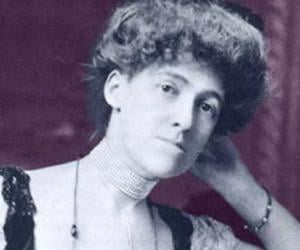 Kōbō Abe
Writers #6329
DID WE MISS SOMEONE?
CLICK HERE AND TELL US
WE'LL MAKE SURE
THEY'RE HERE A.S.A.P
Quick Facts

Peruvian Celebrities
Aquarius Writers
Peruvian Writers
Aquarius Men
Childhood & Early Life
Ricardo Palma was born into a well-to-do family on February 7, 1833 in Lima, Peru. His family had migrated to Lima before his birth.
His mother had mixed ancestry with African roots and his parents separated while he was a young child.
He showed great ambition and skill at a young age, publishing his first work at the age of 15.
First educated at a Jesuit school, Ricardo Palma went on to study at the University of San Carlos, where he remained until joining the navy at the age of 20.
Continue Reading Below
You May Like

The Best Black Actresses Of All Time
Career
He began his career at the age of 15 when his first verses were published. He also became the editor of a satirical, political news-sheet called 'El Diablo' (The Devil).
'Consolacion,' a romantic memoir written in 1851, was his first prose piece. Unlike his later 'tradiciones,' this piece was written in a serious tone.
During his years of service in the navy, he focused on composing poetry and romantic dramas, which he later rejected. His first book of verse, titled 'Poesias' (Poems), was published in 1855.
He took a trip to Europe from 1864 - 1865, during which he published a volume of verse titled 'Armonias, libro de un desterrado.'
He gained reputation as a historian with his work tilted 'Anales De La Inquisicion De Lima: Estudio Historico, 1863,' which chronicled the activities of the Spanish Inquisition during the period of the Viceroyalty.
He distinguished himself as a creative and engaging columnist, as well as one of the best writers of Peruvian political satire. He wrote for the satirical sheet 'El Burro' (The Donkey) and the satirical magazine 'La Campana' (The Bell).
He wrote for many well-known publications and became a foreign newspaper correspondent during the War of the Pacific.
He is credited with creating the literary genre known as tradiciones (traditions), which became widely popular. He had a unique ability to creatively deviate from established norms in order to create a more engaging read. His 'Tradiciones peruanas' span many centuries, but focus on colonial and republican times.
Following the destruction of the National Library by Chilean troops in 1881, he was appointed director of the National Library and commissioned to rebuild it. He remained the curator of the National Library until his death. Due to his friendship with Chilean president Domingo Santa Maria, he was able to recover nearly 10,000 stolen books. He also recovered many works through his own personal efforts.
Continue Reading Below
Due to the obscene nature of his work titled 'Tradiciones en Salsa Verde,' it was published after his death.
Major Works
His 'Tradiciones peruanas' is considered to be a significant contribution to Peruvian and South American literature as a whole. Rather than focusing solely on important historical events, these stories are centered around courage, integrity and heroism as well as human idiosyncrasies. By writing about the daily pursuits of members of all levels of society, from viceroys and housewives to criminals and prostitutes, he brings the values and experiences of his characters to life. This allows readers to enjoy a vivid picture of the society of the time and to understand the motivations of Peruvians in the past.
Ricardo Palma's 'Tradiciones en Salsa Verde' were similar to his 'Tradiciones peruanes.' However, because of their crude content, they were published posthumously for fear of appalling the Lima establishment.
Personal Life & Legacy
He married Cristina Román Olivier, with whom he fathered several children.
One of his sons, Clemente Palma, was influenced by Edgar Allan Poe. He became a successful writer of imaginative tales and wrote many horror stories.
Ricardo Palma's daughter, Angelica Palma, also became a writer as well as a member of the early Peruvian feminist movement.
He was a skeptical individual and took pleasure in writing about religious superstitions and ghost stories.
On May 5, 1887, he founded the Peruvian Academy of Language, an association of experts on the use of the Spanish language. He served as the association's second president.
Although the exact cause and circumstances of Ricardo Palma's death are unknown, he died in the Miraflores District, Lima, Peru on October 6, 1919 at the age of 86.
Trivia
Although his literary achievements are relatively well-known, his interest in politics is often overlooked. He began dabbling in politics at a young age. He was a member of the liberal camp. It is believed that he participated in an unsuccessful plot against President Ramon Castilla in 1860. This resulted in his exile to Chile, where he remained until October 1862.
From 1865 - 1876, he was involved in public service, holding positions in the Ministry of War and Navy, Consul of Peru in Pará, Brazil and Senator for the Loreto
You May Like

See the events in life of Ricardo Palma in Chronological Order 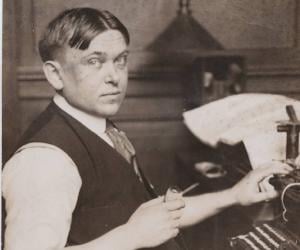