Reeve Meloche is an American social-media influencer. He is the brother of beauty and lifestyle 'YouTube' stars Hannah and Ella, who upload content on ‘YouTube’ as the 'Meloche Sisters.' Despite being so young, Reeve has gained some momentum in the social-media arena. Though he has just begun his social-media journey, Reeve is already a popular name in the field. He owns a collaborative 'YouTube' channel with his brothers and posts pictures on his 'Instagram' page. He also sometimes appears on his sisters' channel and often gets them featured on his. 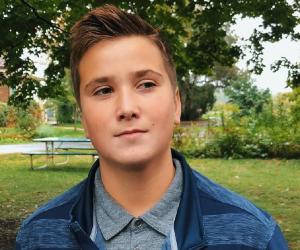 Audrey Nethery
Vloggers #790
Instagram Stars #389
DID WE MISS SOMEONE?
CLICK HERE AND TELL US
WE'LL MAKE SURE
THEY'RE HERE A.S.A.P
Quick Facts

American People
Male Youtubers
Taurus Youtubers
American Vloggers
American YouTubers
Birth & Early Life
Reeve was born on May 15, 2006, in the US, to Andrew Meloche and Nicole Gregory. He grew up alongside his four siblings. He has two older sisters, Ella and Hanna, who run a collaborative 'YouTube' channel. Reeve also has two brothers, Andrew and Jack. Jack is his twin.
Recommended Lists:

Taurus Men
Growing up, Reeve enjoyed swimming and bowling. Since he has just started his career, there is not much information available regarding his personal life. Also, not much is known about his academic background. However, going by his age, it seems the influencer is dividing his time between studies and social media. His social-media posts reveal that Reeve shares a great bond with his siblings.
You May Like

Who Is The Most Popular BTS Member?
Continue Reading Below
Career
Following the latest trend of becoming social-media influencers, Reeve, too, became one. Needless to mention, the inspiration came from his family. Both his older sisters are famous social-media personalities and boast of an impressive fan base. So, like his sisters, Reeve, too, started a 'YouTube' channel, in collaboration with his brothers.
Reeve and his brothers created their 'YouTube' channel in February 2015. They named the channel 'The JAR bros.' "JAR" is the combination of the initials of their names. They opened the channel with a challenge video titled 'What's in my mouth challenge!' Following this, the Meloche brothers continued to post more challenge videos along with other content. The channel also hosts Q&A videos, room tours, and life vlogs. Though the number of subscribers on the channel is not too impressive (a little over four thousand), one cannot ignore the fact that the channel is being run by three people in their early teens. As they grow up, they might create more mature content, which could give a boost to their careers.
Reeve is moderately active on 'Instagram,' where his posts have earned him more than 81 thousand followers. He once got a chance to click a picture with "YouTuber" Ellie Thumann. The photo is available on Reeve’s 'Instagram' page. His famous sisters have been featured in a few of his 'YouTube' videos.
Personal Life
Growing up, Reeve played a variety of sports, including baseball and football. He wishes to become a sportsperson in the future. If not in sports, Reeve might make a career as an engineer. Basketball is one of his favorite games, although he is not good at the sport. Reeve enjoys cooking, and his favorite dish to cook is cheesy pretzels.
Reeve is an avid pet lover and often posts pictures of his pets on 'Instagram.' However, his favorite animal is the jaguar. He is a music lover, too, and his favorite band is 'Mood 5.' 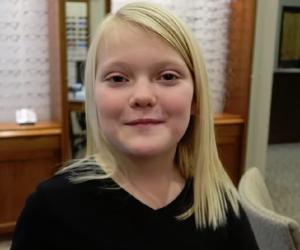