RM, formerly Rap Monster, is a famous South Korean rapper, songwriter and producer, best known as a member of the hip-hop group, ‘Bangtan Boys’. He is also popularly known as ‘Rapmon’ by his South Korean fans. He was a brilliant student and did exceedingly well in academics. However, he took to rapping at a young age and decided to make it his career. He started as a solo artist and sang with a few local groups before he joined the ‘Bantan Boys’. After joining the 'Bantan Boys', he became the leader of the group and as well as the main rapper and songwriter. He has collaborated with some of the famous Korean and international rappers to produce music that has gone viral on the internet. His endorsements include ‘K’hawah’ coffee and a number of South Korean products. He is a familiar face on South Korean television with his talk show, ‘Hot Brain: Problematic Men’ and has been featured in a number of magazines as one of South Korea’s most promising rappers. He is active on social media and has a huge fan following. Yong Jun-hyung
12th September In History
DID WE MISS SOMEONE?
CLICK HERE AND TELL US
WE'LL MAKE SURE
THEY'RE HERE A.S.A.P
Quick Facts

South Korean People
South Korean Men
Virgo Singers
Virgo Rappers
Male Singers
Childhood & Early Life
Rap Monster was born Kim Nam-joon on 12 September 1994 in Ilsan-gu, Goyang, South Korea. He grew up with his younger sister, Kim Geong Min in Soul. During his primary school days he was impressed by uniforms and wanted to be a security guard of a housing society.
He attended Global Cyber University and majored with honours in Broadcasting and Performing Art. He was among the top rankers in the national school exam and had a TOEIC score of over 900, which is commendable. He also had a very high IQ.
He learnt his native language and Japanese in school and also picked up fluent English by watching popular American sitcoms like ‘Friends’. He also studied in New Zealand for a while and self taught himself English which he considered essential.
Considering his academic performance, his parents expected him to take up a regular job. However, his love for music and the company he kept prevailed and he convinced his parents to allow him to become a full-time rapper. He was already writing lyrics that were quite popular while in school.
According to him, rapping helped him get over the stress of his studies and the lyrics of his song ‘No More Dreams’ was inspired by the days when he worked late into the night for his exams.
Continue Reading Below
Career
Kim Nam-joon began his career in music as a solo artist under the stage name of ‘Runch Randa’. In 2008, he briefly sang with the group ‘Zico’ that was one of the rising stars in the hip-hop community of South Korea at that time. He was also part of a Korean hip-hop group called ‘Daenamhyup’ for some time.
Later in 2013, he joined the popular K-pop group, ‘BTS’ also known as the Bangtan Boys and came to known as ‘Rap Monster’ amongst his fans. He made his debut single album with BTS titled ‘2Cool 4 Skool’ with the hit track ‘No More Dream’ in June 2013. Thereafter, he wrote the lyrics for a number of tracks of BTS and became the leader of the group and the main rapper.
Besides BTS, he has collaborated with a number of Korean and foreign artists to produce some of the most popular singles and videos of rap music that went viral between 2014 and 2016. These include ‘Please Don’t Die’ with Warren G, ‘Bucku Bucku’ with the hip-hop group MFBTY’s and the soundtrack of ‘Fantastic Four’ with Marvel.
He has been featured in the talk show ‘Hot Brain: Problematic Men’ where he is part of a five member panel of celebrities that discuss current social issues that affect today’s youth.
Rap monster has featured in a number of magazines and has been included in the Korean book titled ‘HipHopHada’ that features Korea’s leading hip-hop artists. He has also been covered in the American magazine XXL as one of South Korea’s most promising rappers.
Kim Nam-joon has made many endorsements and appeared in a number of commercials for Korean brands. He is the brand ambassador for the ‘K’hawah’ popular coffee brand made in South Korea.
He is active on social media and has a large fan following in South Korea and abroad.
Major Works
As a lead artist, his numbers ‘Fantastic Feat’ from the album ‘Fantastic Four’ and ‘Reflection’ from the album ‘Wings’ have been listed as hits on the music charts of South Korea.
His popular songs performed in collaboration with other artists include ‘Perfect Christmas’ with Jo Kwon, Lim Jeong-hee, Joohee and Jungkook and his international hot favourite ‘Please Don’t Die’ with Warren G.
Continue Reading Below
He released the mixtape, ‘RM’ in March 2015 under the label of ‘Big Hit Entertainment’ in digital download format on the internet.
He has made a number of music videos that include ‘School of Tears’ (2012), ‘Adult Child’ (2013), ‘Do You’ (2014), ‘Bucku Bucku’ (2015) and his latest music video ‘Change’ in 2017.
He has also appeared on the television shows ‘4things Show – Rap Monster’, ‘Hot Brain: Problematic Men’ ‘Close-up Observation Diary on Idol : Find Me’ and ‘Gura-Chacha : Time Slip – New Boy’.
Awards & Achievements
In 2013, Rap Monster was honoured at the Golden Disk Awards and MelOn Music Awards. Again in 2013, he gained recognition at the Gaon Chart K-Pop Awards and Seoul Music Awards.
Personal Life
Rap monster is not known to be dating anyone in particular and his current status is single. He once said at an interview that if he ever had a girlfriend not involved in show business he would have to constantly apologise to her because of his busy schedule that gives him no time for things like dating.
Trivia
He was nicknamed ‘Dance Prodigy’ by his dance teacher in school because of his dance steps. His favourite dance move is swinging his arms from side to side. Later he was also called ‘RapMon’, ‘Leader Mon’ and ‘God of Destruction’ by his fans. He was known to always end up breaking things that were repaired by his fellow rapper ‘Suga’. He is also accident prone and often gets hurt.
His fellow Bangtan Boys artists go by the stage names of Jin, Suga, J-Hope, Jimin, V, and Jungkook.
His favourite food is Korean knife noodles and he is a great fan of the computer game ‘Maple Story’.
He is a supporter of gay rights and describes himself as an atheist. 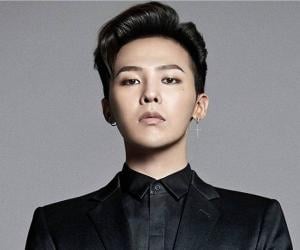