Rachel Ashley Platten is a famous American singer and songwriter who is currently signed to Columbia Records. She is best known for her singles ‘Fight Song’, ‘Better Place’ and ‘Stand by You’ as well as for her album ‘Wildfire’. Besides being an amazing singer, the talented lady also possesses a talent for songwriting. She wrote and sang the song ‘1000 Ships’ that became a huge hit and was listed on the Billboard Adult charts. Interested in music since childhood, the Emmy Award winner had never thought that she would be such a successful singer one day! Well, the mission of Platten is to connect people through her music. Rachel Platten believes that bringing people together is the most important thing one can do in their life. Coming to Platten’s popularity on social media, she is immensely popular on social networking sites like Instagram, Twitter, and YouTube. She has over 505k and 131k followers on Instagram and Twitter respectively. Besides this, she has over 1.76 million subscribers on her YouTube channel. 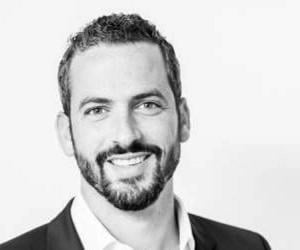 American People
Lyricists & Songwriters
American Women
New Yorkers Musicians
Trinity College
Career
Rachel Platten started showing interest in music from her childhood. At the age of five, she began learning classical piano. After this, she learnt guitar in high school. On completion of her graduation, she moved to Trinidad for internship at a record label and at a diplomat's office. While she was residing there, she got the opportunity to perform in a friend's band at the 2002 International Soca Monarch finals. After this, she moved on to pursue music full time. In 2003, the American singer released her debut studio album titled ‘Trust in Me’ which was followed by another album ‘Be Here’ in 2011.

Next, Rachel Platten released her self-written song ‘1,000 Ships’. This song debuted at # 24 on US Billboard Adult Top 40 chart. In 2015, Platten’s track ‘Fight Song’ from her album ‘Wildfire’ was released. This song generated double platinum sales in USA and it also peaked at #6 on US Billboard Hot 100 chart. It even became the official anthem for the presidential campaign of Hillary Clinton! The same year, the singer released her singles ‘Stand by You’ and ‘Better Place’ respectively.

Rachel Ashley Platten was born on May 20, 1981 in New York City, to parents Paul and Pamela Platten. She has a sister named Melanie. She attended Mason-Rice Elementary School followed by Buckingham Browne and Nichols high school. After this, she studied at Trinity College. There she became a part of an all-female a cappella group, Trinity College Trinitones. After graduating in 2003, she moved to Greenwich Village.

In the year 2012, Rachel Platten married Kevin Lazan. She gave birth to a daughter on January 26, 2019.  In April 2021, she announced that she was pregnant with her second child.

Rachel Platten is also known for her benevolent nature and is associated with several charities, such as Musicians on Call, Music Unites, Ryan Seacrest Foundation and Live Below the Line.