Quincy Delight Jones III, also known as ‘QD3,’ ‘QDIII,’ and ‘Snoopy,’ is a Swedish-American music producer. He is best known as the founder of ‘QD3 Entertainment.’ Quincy Jones III was introduced to limelight early in his life as he was born to celebrity parents, Quincy Jones and Ulla Andersson. He stepped into the world of showbiz by touring as a break dancer. He then began producing demos for local hip-hop acts at the age of 13. Eventually, he released his solo album ‘Soundlab’ and went on to produce gold, platinum, and multi-platinum albums. Quincy Jones has worked with artists like LL Cool J, Ice Cube, and Tupac Shakur. He has also remixed singles for musicians, such as Queen Latifah, Prince, Ronald Isley, and Coolio. He later started producing films and television shows. As a musician, Quincy has composed theme songs for television series like ‘The PJs.’ He scored music for 19 episodes of the popular TV series ‘Out All Night.’ He also scored music for the 1993 crime thriller ‘Menace II Society.’ He founded ‘QD3 Entertainment,’ which produced a number of documentaries. He was one of the jury members of ‘Swedish Idol 2016.’ In 2014, he founded an internet service named ‘WeMash’ which connects creators with the owners of several broadcasting platforms, such as music labels, news organizations, movie studios, etc. Famous Beautiful Women With Green Eyes
Career
Jones entered the world of entertainment as a break dancer, touring along with hip-hop artists. He got his first drum machine when he was 13 years old following which he began producing demos for local hip-hop acts. He produced the first gold record of his career at just 16 years of age.
Jones then relocated to New York City in pursuit of his career as a hip-hop producer. He then started working with American emcees like Special K and T La Rock for one and a half years.
One of his initial projects in the mainstream entertainment industry was the 1987 Swedish drama film ‘Stockholmsnatt’ which was directed by Staffan Hildebrand. Apart from starring and narrating, Jones also contributed to the music of the film.
He wanted to learn more on studio technology and thus attended ‘Berklee College of Music’ for a year before shifting to Los Angeles, California. There he worked with noted American record producer, rapper, and entrepreneur Dr. Dre. He also started working with the popular record label, ‘Ruthless Records.’
In the ensuing years, he was credited with producing several gold, platinum, and multi-platinum albums in the hip-hop, R&B, and pop genre. He also worked with notable artists like LL Cool J, Ice Cube, and Tupac Shakur. His work also included remixed singles for artists like Queen Latifah, Ronald Isley, Coolio, Morcheeba, and Prince among others. His work fetched him a ‘Source’ magazine award nomination for ‘Producer of the Year.’ Meanwhile in 1991, he released his solo album titled ‘Soundlab’ which featured musician and hip-hop emcee, Justin Warfield.
Eventually, he started working in films and television productions. He was the music composer and executive producer of the American sitcom ‘The Fresh Prince of Bel-Air.’ The series starred Will Smith and was aired on ‘NBC’ for six seasons. In 1993, he won the ‘ASCAP Composers' Award’ for his work in the series. His other television works include composing theme songs for series like ‘In the House’ (1995), ‘Grown Ups’ (1997), and ‘The PJs’ (1999).
His big-screen works include contributing music to the 1993 critically acclaimed teen hood drama film ‘Menace II Society.’ He also composed songs for films like ‘Jason's Lyric’ (1994), ‘Panther’ (1995), and ‘Gang Related’ (1997).
In 2002, Jones launched his production company ‘QD3 Entertainment.’ He is the chief executive officer and chief creative officer of the company that proclaims to be the first urban digital entertainment company. In October that year, ‘QD3 Entertainment’ co-produced the documentary ‘The Freshest Kids: A History Of The B-Boy.’ Gradually, the company evolved into a multiplatform entertainment business.
Through ‘QD3 Entertainment’ Jones executive produced the 2003 American film ‘Beef’ that documents the history of hip-hop feuds and violence. It was followed by its sequels ‘Beef II’ (2004), ‘Beef III’ (2005), and ‘Beef 4’ (2007). The sequels too talk about rivalries and beefs (arguments) within the Hip hop industry. The films were based on the popular documentary series ‘Beef: The Series,’ which was produced by ‘QD3 Entertainment.’ The series was aired on ‘Black Entertainment Television’ (BET) from October 4 to November 8, 2006.
Paul A. Campbell, who served ‘Microsoft Corporation’ as the director of business development for four years, joined ‘QD3 Entertainment’ in 2006. He worked for the entertainment company as the president and COO for two years. During his stay at ‘QD3 Entertainment,’ Campbell helped Jones in launching a new ‘QD3 Entertainment’ website.
On November 4, 2009, ‘The Global Innovation Tournament’ was launched by Jones along with American rapper, entrepreneur, and investor Chamillionaire. ‘The Global Innovation Tournament’ was launched at ‘Stanford University.’
Jones, along with Joshua Krause and Jared Freedman, produced a documentary film on American hip-hop recording artist Lil Wayne. Titled ‘The Carter,’ the documentary film was directed by Adam Bhala Lough. Lil Wayne however, filed a lawsuit to restrict distribution of the documentary after it was screened at the ‘Sundance Film Festival.’ According to the lawsuit, Lil Wayne wanted certain scenes removed from the film. The $50 million lawsuit was dismissed by the judge following which the documentary was released directly to DVD on November 17, 2009. Distributed by ‘QD3 Entertainment,’ the film topped the ‘iTunes’ movie charts in the first week of its release.
Jones founded the internet service company ‘WeMash’ in January 2014. The objective of the company is to connect content owners of several broadcasting platforms with creators, such as musicians, filmmakers, and video artists among others. He also serves as the adviser at ‘KickLabs’ and ‘FEM inc.’
Family & Personal Life
Jones hardly talks about his private life in front of the cameras. He has two children, namely Quincy Renzo Delight Jones IV and Nea Jones from his marriage with Koa Jones. Quincy Jones III and Koa are no longer together.
Jones is quite popular in social media. His Twitter account, which he created on December 29, 2007, has amassed thousands of followers. His Instagram account ‘therealqd3,’ where he describes himself as a proud Swede, father, music producer, film maker, tech entrepreneur, humanitarian, and futurist, has accumulated thousands of followers as well. 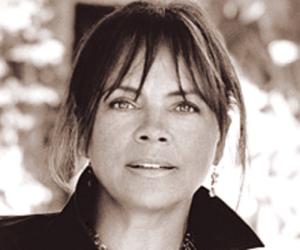