Pocahontas was a Native American famous for her association with English colonists during their initial years in Virginia. She assisted the colonists in establishing the settlement and also played a major role in mediating peaceful relations between the English settlers and her own tribesmen, the Powhatan Native Americans. A very famous anecdote has it that Pocahontas saved the life of an Englishman named John Smith who was captured and about to be executed by her father, the paramount chief of a network of tributary tribal nations in the Tsenacommacah. Some historians, however, have suggested that this story, as told by Smith, is untrue. Nonetheless, Smith and Pocahontas became good friends and she provided the Englishmen with food and other necessities when they were near starvation. However, the relationship between the Native Americans and the Englishmen soured after Smith left for England. Some Englishmen captured Pocahontas and demanded a hefty ransom from her father. During the period of her captivity, she met John Rolfe, an Englishman and tobacco planter, who proposed marriage to her. She agreed to marry him and bore him a child. This marriage helped pacify the hostile relations between the natives and the colonists for a while. Bart Cummings
DID WE MISS SOMEONE?
CLICK HERE AND TELL US
WE'LL MAKE SURE
THEY'RE HERE A.S.A.P
Quick Facts 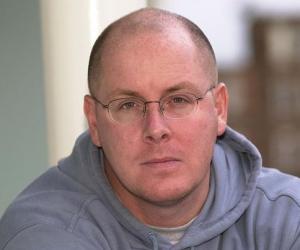 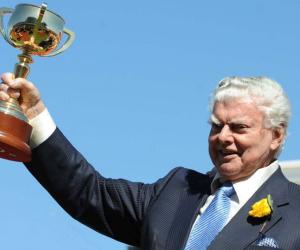 Details regarding Pocahontas’ early life are obscure; even the year of her birth is not certain, though some historians believe it to be around 1596. She was the daughter of Powhatan, the paramount chief of ‘Pamunkey,’ a tribe that inhabited the area around the Chesapeake Bay. The identity of her mother is not known as her father had multiple wives as was the custom in their tribe.

She was named Matoaka at birth. In her community—the Powhatan Native Americans—people were often given multiple names. In addition to Matoaka, she was also named Amonute and Pocahontas, the name by which she became famous.

It is believed that she had a childhood that was typical for girls of her tribe. She probably received training in whatever was considered to be women’s work, including foraging for food and firewood, and farming.

She was one of the favorite children of her father who doted on her. The colonist Captain Ralph Hamor noted that she was her father’s “delight and darling,” though by no means in line to inherit his position as the chief. 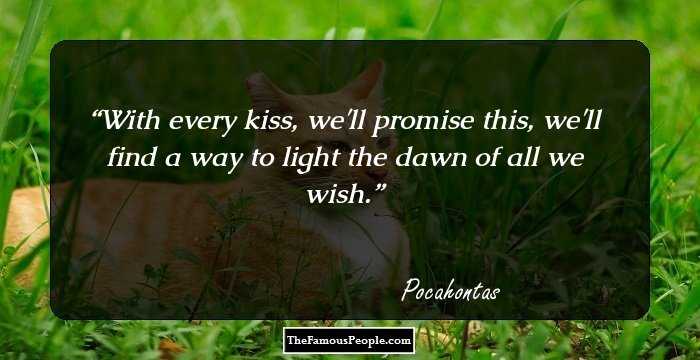 Continue Reading Below
Association with the English Colonists

In April 1607, English colonist Captain John Smith arrived in Virginia with around hundred other settlers. Over the following months, the English had several encounters with the Natives. During one such encounter in December the same year, Smith was captured by a hunting party led by Powhatan's younger brother (or close relative) Opechancanough. Subsequently, John Smith was brought to Powhatan's capital at Werowocomoco.

According to Smith’s account of his experience during his captivity, he was ordered to be executed by the chief. But just moments before his execution, a young girl named Pocahontas interfered and saved his life. Smith’s claims regarding this incident are heavily doubted by historians.

Nonetheless, Smith escaped alive from his captivity and formed a friendship with Pocahontas who helped the English settlers by bringing them food and other supplies. In 1609, Smith suffered grievous injuries from a gunpowder explosion and returned to England for medical care. Pocahontas was then informed by the English that Smith was dead.

The ‘First Anglo-Powhatan War,’ a conflict between the English settlers at Jamestown and the Native Americans, began late in the summer of 1609, and intensified over the next few years. In 1613, Captain Samuel Argall treacherously invited Pocahontas to visit his ship, and captured her.

Pocahontas was taken captive to Jamestown. The English settlers demanded a hefty ransom from her father. They also demanded the return of English prisoners captured by the natives, and a peace treaty. Her concerned father sent a part of the ransom and requested the English to treat his daughter well.

She was kept in captivity for a year. Some accounts state that Pocahontas was treated very respectfully by her captors, while some others suggest that she was mistreated and raped.

Englishman Thomas Dale, accompanied by 150 armed men, took Pocahontas to her father, demanding the remainder of the ransom. She was allowed to talk to her father during this meeting. According to some English sources, Pocahontas told her family that she preferred to marry an Englishman and remain with the English rather than returning home. 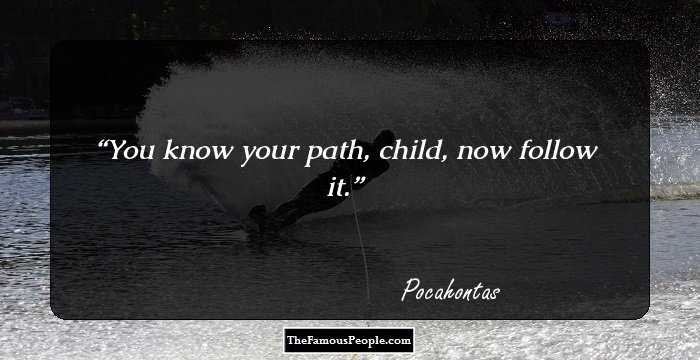 According to English colonist John Smith’s own account, Pocahontas played a major role in saving Smith from execution at the hands of her father. However, there are several inaccuracies in Smith’s writings and historians have long debated upon his claims. Nonetheless, the anecdote of her having risked her own life to save Smith made her famous among the English.

Pocahontas married a Pamunkey man named Kocoum, and they settled in the Potomac region in 1610. This marriage was probably dissolved when she was abducted by the English.

She spent a year with the English following her abduction in 1613. During this time, a minister named Alexander Whitaker instructed Pocahontas in Christianity. He also helped her improve her English through the reading of the Bible. She was also baptized with a new, Christian name, Rebecca.

During her captivity, Pocahontas became acquainted with John Rolfe, a tobacco farmer, who proposed marriage to her. She agreed and the couple was married on 5 April 1614. Their marriage created a climate of peace between the English colonists and Powhatan's tribes for several years. The couple had a son named Thomas.

Pocahontas and her husband traveled to England after the birth of their son. In England, she met King James I and the royal family. She also met her old friend John Smith whom she believed to be dead. After spending several months in England, the couple boarded a ship in March 1617 to return to Virginia. Aboard the ship, Pocahontas fell seriously ill and was taken ashore where she died.

She was honored with a life-size bronze statue at St. George's Church by William Ordway Partridge. Numerous places and landmarks were named after Pocahontas, and several films about her were also made.

She has many descendants through her son Thomas, including members of the First Families of Virginia. 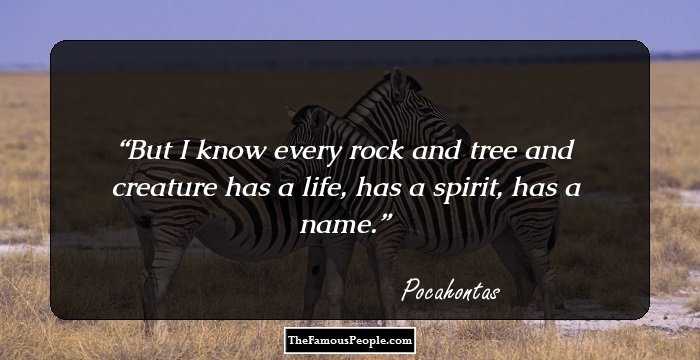 Quotes By Pocahontas | Quote Of The Day | Top 100 Quotes

See the events in life of Pocahontas in Chronological Order 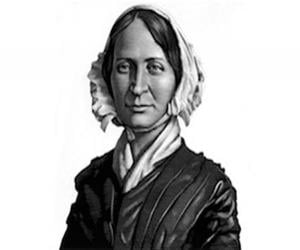 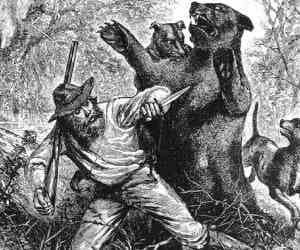