Advanced Search
Peter Hayden Dinklage is an American actor known for his work in films as well as television. With his natural wit, charm, and striking blue eyes, Dinklage has captivated audiences from all over the world. He has managed to find his mark in the film and entertainment industry, despite having a non-film background. He is best recognized by his lead role in the film ‘The Station Agent’ and his portrayal of the character of Tyrion Lannister in the popular television series ‘Game of Thrones.’ He has Three ‘Emmys’ and a ‘Golden Globe’ to his name for his brilliant performance in ‘Game of Thrones.’ Despite being born with a rare genetic condition called Achondroplasia, a form of dwarfism, he has managed to achieve success both in his personal life as well as his career. He hates being offered film roles that stereotype the portrayal of dwarfs in mainstream cinema. Some of the well-known films that he has starred in are ‘The Chronicles of Narnia: Prince Caspian,’ ‘X-Men – Days of future past,’ and ‘Pixels.’ American People
American Men
New Jersey Actors
Bennington College
Short Celebrities
Childhood & Early Life
Peter Dinklage was born on June 11, 1969, in Morristown, New Jersey to John Carl Dinklage, an insurance salesman, and Diane Dinklage, a music teacher at an elementary school.
Peter began noticing that he was suffering from Achondroplasia, which is one of the more common forms of dwarfism that exists in the world. Even though his teenage years were filled with frustration and anger due to his unusual condition, he became more tolerant and receptive once he entered adulthood.
In his fifth grade, he got to play the lead role in one of his school dramas, ‘The Velveteen Rabbit.’ The play was greeted with roaring applause and appreciation from the audience, which boosted his confidence. He continued to participate in the drama club until he graduated from ‘Delbarton School’ in 1987.
He also took part in a number of different productions, while attending ‘Bennington College.’ He graduated in the year 1991. 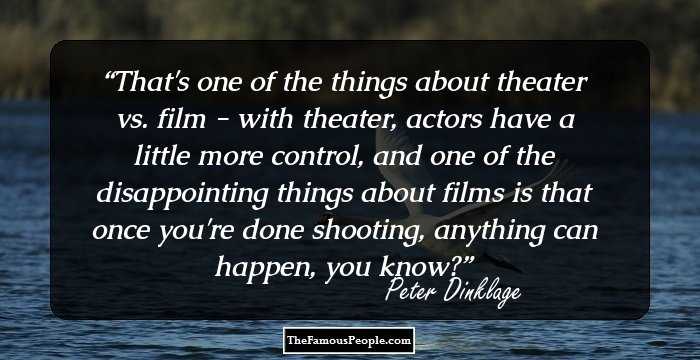 Continue Reading Below
Career
Peter Dinklage started his career in the year 1995 with the film ‘Living in Oblivion.’ In the film, he played an actor who gets frustrated at being offered only clichéd roles because he happens to be a dwarf.
He delivered his break-out performance as an actor in the film ‘The Station Agent.’ He received a number of awards for his role as well as worldwide recognition.
He starred in the British comedy movie ‘Death at a funeral’ in 2007. The film was a huge success, which led the makers to remake an American version of it in 2010, in which Dinklage reprised his role.
In 2008, he played the role of a grumpy dwarf named Trumpkin in the popular fantasy film ‘The Chronicles of Narnia: Prince Caspian.’ Many critics condemned him for playing the very stereotypical role that he has always boasted of avoiding.
His big break in television came in the year 2011 when he was selected to play Tyrion Lannister in the medieval-fantasy drama series ‘Game of Thrones,’ which is based on George R. R. Martin’s novel series, ‘A Song of Ice and Fire.’ People began to love and praise his character, so much so that his screen time was increased and with the start of the second season of the series, he was given the honor of top billing. His performance also brought along many prestigious awards to him.
In 2014, Dinklage appeared in ‘Knights of Baddassdom,’ which was a comedy-horror film. He also played the role of Boliver Trask in the movie ‘X-Men – Days of future past.’
In 2015, he appeared in the film ‘Pixels.’ Here, he played the role of an old arcade champion named Eddie Plant.
In 2018, Dinklage appeared in Marvel’s most successful franchise ‘Avengers: Infinity War.’ He played a prominent character named Eitri, a dwarf king who builds the infinity gauntlet for Thanos, the main antagonist of the movie, and Stormbreaker for Thor.
Peter donned the hat of a producer for the first time in his 2010 movie ‘Pete Smalls is Dead.’ Since then, he has produced various movies and television films.
Continue Reading Below 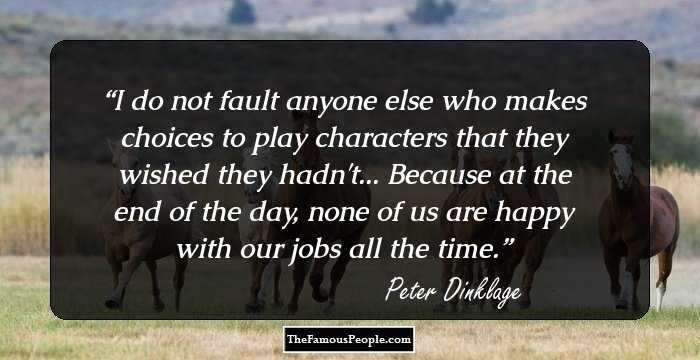 Quotes: Character
Major Works
His portrayal of Finbar McBride in ‘The Station Agent’ is considered Dinklage’s best performance. The film put him in the spotlight and made people stand up and take notice. It was his performance as a train-obsessed man who has an affair with a reclusive artist that sent critics into a frenzy and made the film one of the highlights at the ‘Sundance Film Festival.’
In 2011, he was cast to play Tyrion Lannister in the super hit television series ‘Game of Thrones,’ which was adapted from George R.R. Martin’s fantasy novel series ‘A Song of Ice and Fire.’ In this medieval-themed series, he plays a dwarf of royal birth, who is neither a hero nor a villain. The show concluded after eight seasons in May 2019.
Awards & Achievements
In 2003, he won ‘Online Award for Breakthrough Performance’ at the ‘New York Film Critics’ Awards’ for ‘The Station Agent.’ The same performance got him ‘Best Actor’ at the ‘Ourense Independent Film Festival.’
In 2011, his performance in ‘Game of Thrones’ won him ‘Outstanding Supporting Actor in a Drama Series’ at ‘Primetime Emmy Awards.’ He also received the ‘Best Supporting Actor – Series, Miniseries or Television Film’ at ‘Satellite Awards.’ He was also presented with the ‘Scream Award’ for ‘Best Supporting Actor.’
His ‘Game of Thrones’ glory continued in 2012 when he won the ‘Golden Globe Award’ for ‘Best Supporting Actor – Series, Miniseries or Television Film.’ He was also awarded the ‘Empire Hero Award’ by the ‘Empire Magazine’ in 2015. In the same year, he received the ‘Primetime Emmy Award’ for ‘Outstanding Supporting Actor in a Drama Series.’ He won the award again in the same category in 2018. 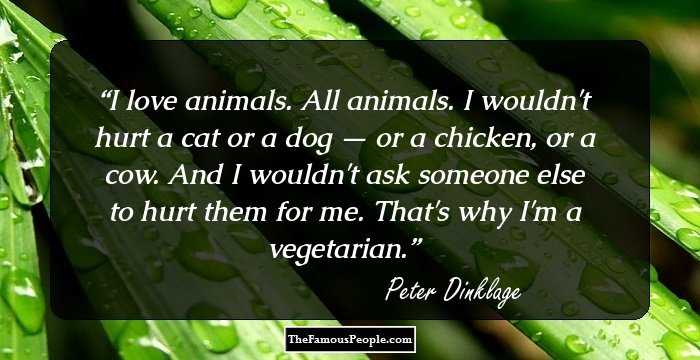 Personal Life & Legacy
In 2005, Dinklage married Erica Schmidt, who is a theater director. In 2011, they were blessed with a daughter.
Peter and his wife Erica welcomed their second child in 2017. The couple has refrained from disclosing the name and gender of the child.
Trivia
He was one of the members of a rock band called ‘Whizzy.’ While his band was performing at ‘CBGB,’ he met with an accident that left him with a nasty scar that runs from his eyebrow to his neck.
He has immense love for all animals and has been a vegetarian since his teenage years. When audiences see him eating meat onscreen, he is actually eating tofu in reality.

Quotes By Peter Dinklage | Quote Of The Day | Top 100 Quotes

See the events in life of Peter Dinklage in Chronological Order 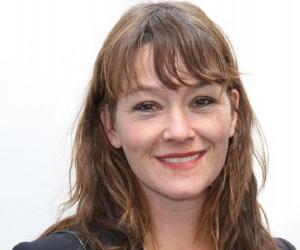