Perrie Louise Edwards is a well-known pop singer, who is a member of the hit British girl band ‘Little Mix’; the other member of the band include Leigh-Anne Pinnock, Jesy Nelson and Jade Thirlwall. Formed during the 8th season of the reality television music competition ‘The X Factor’, the band became the first group to win the competition. After winning the title, the young singer shot to stardom and released her first album ‘DNA' along with her band mates. Today, Perrie Edwards has become one of the most successful pop singers in the nation. Apart from earning considerable name and fame, the blonde bombshell has managed to win the hearts of millions of people as well. The pretty singer has accumulated 15.6 million fans on Instagram. Coming to her personal lifestyle, Perrie Edwards is a simple yet lazy girl who loves dressing herself in the 1990s’ outfits. The talented lady is one such star who is definitely meant to rule the future music world!

Liam Payne
DID WE MISS SOMEONE?
CLICK HERE AND TELL US
WE'LL MAKE SURE
THEY'RE HERE A.S.A.P
Quick Facts 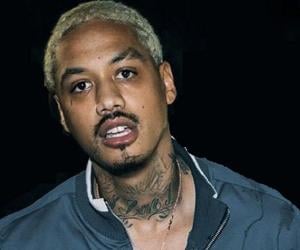 Continue Reading Below
Career
In 2011, Perrie Edwards gave the audition as a solo singer for 'The X Factor' in 2011. Unfortunately, she got rejected and was teamed up with another rejected participant Jesy Nelson in the group ‘Faux Pas’.
At the same time, Jade Thirlwall and Leigh-Anne Pinnock were in another group ‘Orion’. Later, all the four rejected candidates were put together in a group named ‘Rhythmix.’ The name of this group ‘Rhythmix’ was then changed to ‘Little Mix,’ and it went on to emerge as the winner of the competition, becoming the first girl group to ever win the title of ‘The X Factor’.
After winning the title, Perrie Edwards and the other girls rose to fame. Perrie and her band released their debut album ‘DNA’ on 19 November 2012. This album went straight to the Number 3 position on the UK Albums Chart and was also placed in the list of top 5 albums in the USA.
In 2013, Little Mix released their second album titled ‘Salute’. Two years later, they released their third album ‘Get Weird’ followed by the fourth one ‘Glory Days’ in 2016. Apart from this, Perrie Edwards has also participated in several tours and events. She has even endorsed and promoted a number of products and brands.
Other Works
In May 2012, Perrie Edwards, along with her band mates, launched a Union Flag-themed set of M&M’s. The same year, they released their book ‘Ready to Fly’ and also unveiled a children's clothing range.
In 2013, Perrie and her girl group promoted the Schwarzkopf hair dye Live Colour XXL via their video clip ‘How Ya Doin’. They also launched their first makeup range with ‘Collection’.
In 2014, Edwards and her team mates launched a new range of nails with the brand ‘Elegant Touch’. A year later, Little Mix launched their fragrance ‘Gold Magic. In July 2016, they released their second fragrance named ‘Wishmaker’.
Awards and Achievements
In 2013, Perrie’s band ‘Little Mix ‘won the Cosmopolitan Ultimate Women Award in the category ‘Ultimate Export’.
In 2014, they won the ‘Band of the Year’ award at Glamour Awards event. In the same year, they were honored with the Pure Beauty Awards in the category ‘Best New Eye Product’.

In 2015, the band again won the Cosmopolitan Ultimate Women Award in the category ‘The Ultimate Girl Group’ in. During that year, they also won ‘Best UK & Ireland Act’ award by the MTV Europe Music Awards.

Perrie Edwards dated UK singer, Zayn Malik, in 2012. The couple got engaged in 2013, but unfortunately broke up after a three-year relationship.

In 2016, Edwards started dating footballer, Alex Oxlade-Chamberlain. She gave birth to their first child together, a son named Axel, on August 21, 2021. The couple announced their engagement in June 2022.

See the events in life of Perrie Edwards in Chronological Order