Paul DelVecchio, best known as DJ Pauly D, is a popular American DJ and television personality. Pauly D shot to fame when he appeared in MTV reality series, ‘Jersey Shore,’ as one of the housemates. Pauly D was then handpicked by MTV, which made him the first cast member of ‘Jersey Shore’ to experience his own spin-off show. The show, titled as ‘The Pauly D Project,’ was aired on MTV from March 29, 2012, to June 14, 2012. Pauly D is also known for collaborating with world-renowned artists like Britney Spears and 50 Cent. He was nominated for the prestigious ‘Teen Choice Awards’ on three consecutive occasions, out of which he won the award twice in 2011 and 2012. In 2013, he announced that he had fathered a girl child named Amabella Sophia in New Jersey. Nicole Richie
DID WE MISS SOMEONE?
CLICK HERE AND TELL US
WE'LL MAKE SURE
THEY'RE HERE A.S.A.P
Quick Facts

American People
American Men
Rhode Island Musicians
American DJs
Male Musicians
Childhood & Early Life
Pauly D was born Paul DelVecchio Jr. on July 5, 1980, in Providence, Rhode Island, United States of America. His parents, Paul D. DelVecchio Sr. and Donna DiCarlo, are of Italian origin. He grew up at Providence and Johnston, Rhode Island, along with his sister, Vanessa. Paul studied at ‘Johnston High School’ in Rhode Island.
Adam Michael Goldstein, professionally known as DJ AM, was one of Paul’s early inspirations. Thanks to his interest towards music, Paul had decided early in his life that he would try for the rest of his life to become a music artist, a top-rated DJ to be more specific. Hence, he started his career as a DJ, performing at local bars in his neighborhood. He soon gained popularity under his stage name, Pauly D, post which he was noticed by TV producers and other media personalities.
Continue Reading Below
You May Like

The Most Popular US Veterans
Career
In 2009, Pauly D appeared as one of the housemates in the popular American reality television show, ‘Jersey Shore.’ The show, which was aired on MTV, made Pauly D a household name. Pauly D later revealed that his fame as a DJ had nothing to do with his inclusion in the show. He also stated that the makers of ‘Jersey Shore’ had contacted him through a social networking website called Myspace after having liked his looks.
After interacting with the representatives of ‘Jersey Shore’ through Myspace, Pauly D forwarded his number to them, post which he was contacted by the casting directors of the show. The casting directors had called from Los Angeles to inform him that they would be sending some of their crew members to his place in order to film a day in his life. MTV’s camera crew followed Pauly D throughout a day, which took them to his gym, club, and other places he would normally visit. Six months later, Pauly D received a call from the makers of ‘Jersey Shore,’ who informed him that he had made it to the show.
Pauly D’s popularity sky-rocketed after appearing in the reality series. His fan base increased considerably, which prompted popular publications to write about him. Popular American weekly news magazine ‘Time’ described his fans as ‘seriously rabid,’ which speaks volumes about the adulation his fans have for him. Pauly D’s popularity also helped him in his music career. He cashed in on his fame and released a single titled ‘Beat Dat Beat’ in 2010. In the same year, he was one of the nominees in ‘America’s Best DJ.’ He was once again nominated for the same competition in the following year.
On August 11, 2011, Pauly D announced that he had secured a deal to release three albums under 50 Cent’s record labels, ‘G-Unit Records’ and ‘G-Note Records.’ In the same year, he collaborated with Britney Spears when he performed the opening act in Britney’s ‘Femme Fatale Tour,’ held in major North American cities.
In July 2012, he joined hands with rapper Big Sean for one of his upcoming albums.
By now, Pauly D had gathered a huge fan following across various social media platforms, which prompted the organizers of ‘World Wrestling Entertainment’ to appoint him as the new social media ambassador for ‘SummerSlam.’
On January 15, 2012, he released a single titled ‘Back to Love,’ which featured the famous British singer and songwriter, Jay Sean. The song made it to the ‘UK Singles Chart’ and was appreciated by the critics as well.
From March 29, 2012, to June 14, 2012, Pauly D appeared in a reality television series titled ‘The Pauly D Project.’ The series, which was aired on MTV, was a spin-off show of ‘Jersey Shore.’ Pauly D became the first contestant from ‘Jersey Shore’ to get his own spin-off show. The first season of the series, which had 12 episodes, was based on his career as a DJ.
In 2016, he released a single track titled ‘Did You Know.’ In the same year, he was selected to be a part of a reality television series titled ‘Famously Single.’ Pauly D was seen in the first season of the show, which premiered on ‘Entertainment Television’ on June 14, 2016.
He also made his film debut in 2016, when he appeared as himself in a short film titled ‘Spring Break Zombie Massacre.’
In 2018, he was recalled by the makers of ‘Jersey Shore,’ who wanted him to be a part of the show’s sequel, ‘Jersey Shore: Family Vacation.’
Social Media Career
Apart from being a DJ, Pauly D is also a social media personality as he has a huge fan following across social media platforms.
His Twitter account has close to four million followers. He uses his twitter account to inform his fans about his upcoming events and projects. He also uses his account to interact with his fans and followers.
He also has an Instagram account, which has more than 3.2 million followers so far. On his Instagram account, he often shares his photos and videos.
Awards & Achievements
In 2010, Pauly D was nominated for the prestigious ‘Teen Choice Awards’ under the ‘Male Reality Star’ category. However, he did not win the award that year. In 2011, he was once again nominated for the same award, which he managed to win. He won the award again in 2012, which turned out to be a productive year for him.
Personal Life
DJ Pauly D was in a relationship with fellow musician and reality TV star Aubrey O'Day. The duo started dating in 2016 after they had met through a common friend. However, Aubrey O'Day and Pauly D decided to part ways in 2017 over personal differences.
In October 2013, Pauly D made an interesting announcement, in which he said that he had fathered a girl child named Amabella Sophia in New Jersey. However, he did not reveal any more details about Sophia. The identity of his daughter’s mother is also not known.

See the events in life of Pauly D in Chronological Order 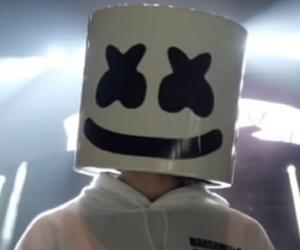