Paul Sorvino was an American actor, writer, sculptor, businessman, and also an opera singer. He mainly acted in television series and often portrayed roles of authority figures. Sorvino wanted to make a career in opera singing and had set his mind on it, but while studying at a musical and drama academy, he was exposed to acting which made him change his mind. After studying further, Sorvino made his film debut in the year 1970. He is best known for his roles in the movie ‘Goodfellas,’ which released in 1990, and the legal drama television series ‘Law & Order’. He appeared in a number of films, TV series, and theatrical productions over the course of his career. Sorvino also received critical acclaim for many of his performances, such as the Broadway play known as ‘That Championship Season’. In 2005, Sorvino kindled controversy when he decided to partner with Lackawanna County to make a film ‘The Trouble with Cali’. The project drew criticism due to certain financial aspects and mismanagement of funds and the film was not released in theatres due to the controversy. Dwayne Johnson
13th April In History
DID WE MISS SOMEONE?
CLICK HERE AND TELL US
WE'LL MAKE SURE
THEY'RE HERE A.S.A.P
Quick Facts 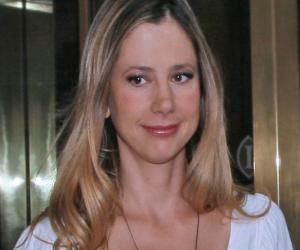 American Celebrities
American Men
New Yorkers Actors
Tall Celebrities
Tall Male Celebrities
Childhood & Early Life
Paul Sorvino was born on 13th April 1939 in Brooklyn, New York City, USA. His father was Ford Sorvino, an Italian immigrant who used to work in a robe factory as a foreman. His mother Angela Maria Mattea (nee Renzi) was born in Connecticut, but was of Italian descent. She was a homemaker and a piano teacher.
Sorvino attended Lafayette High School located in New York City. After completing his high school, he joined the American Musical and Dramatic Academy where he learned music and acting. Furthermore, he also studied with Sanford Meisner before making his film debut.
Continue Reading Below
Career
Paul Sorvino started his career as a copywriter in an advertising agency. For 18 years he also took voice lessons to make a career in opera singing. However, he had a change of mind while attending The American Musical and Dramatic Academy.
Soon he joined theatre and made his debut in Broadway in the 1964 musical ‘Bajour’. Six years later, Sorvino made his film debut in ‘Where’s Poppa?’ directed by Carl Reiner.
In 1971, he was seen in the movie ‘The Panic in Needle Park’ which also starred Al Pacino and Kitty Winn. The movie was directed by Jerry Schatzberg and Sorvino played a supporting role in it.
In 1972, Sorvino played the role of Phil Romano in Jason Miller’s Broadway play ‘That Championship Season’ for which he received critical praise.
His next role in the movie ‘It Couldn’t Happen to a Nicer Guy’ was a little risky and controversial as his character, Harry Walters, gets raped at gunpoint as a prank by a woman. The movie was considered to be bold and risqué even for the modern 1970s.
In 1981, Sorvino was seen in the epic film ‘Reds’ where he played the role of an Italian-American Communist, Louis C. Fraina. In 1985, he appeared in the science fiction horror film ‘The Stuff’. He also helped in founding the American Stage Company which has launched many successful Off-Broadway shows.
Paul Sorvino appeared on the popular series ‘Law & Order’ in 1991 where he took on the role of Sergeant Phil Cerreta. Due to the exhausting schedule, Sorvino left the show after 29 episodes. Later he was replaced by Jerry Orbach as Detective Lennie Briscoe.
In 1993, he was seen in a Perry Mason TV movie in which he played a substitute for the late Raymond Burr. He has also appeared in the weekly series ‘Moonlighting’ as Bruce Willis’ father.
Sorvino is best remembered for the roles where he played an authority figure and proved his acting abilities in films, such as ‘Goodfellas’, ‘Nixon’, ‘The Rocketeer’ and ‘The Firm’. In 2000, he starred in television dramas, such as ‘That’s Life’ and ‘Still Standing’.
Continue Reading Below

Apart from acting, Sorvino was also engaged in food business. He owned ‘Paul Sorvino Foods’ which markets a variety of pasta sauces inspired by Sorvino’s mother’s recipes. He was also a part owner in Janson-Beckett Cosmeceuticals.

In 2005, he landed in controversy when he partnered with Lackawanna County to make a film ‘The Trouble with Cali’. The film ran into some financial and legal troubles and was never released in theatres.
In 2015, Sorvino had announced that a Canadian company was interested in distributing the film. However, the deal never happened due to the negative publicity of the film.
Major Works

In 1972, Paul Sorvino played the role of Phil Romano in the Broadway play ‘That Championship Season’ for which he was appreciated by the critics and audience In 1973, he was nominated at Tony Awards for Best Performance by an Actor in a Leading Role in a Play. He repeated the role in 1982 in the film version of the play.

In 1995, he was seen in the film ‘Nixon’ where he played the role of the American diplomat and political scientist, Henry Kissinger. This is considered to be one of his strongest performances till date.
Awards & Achievements
In 2013, Paul Sorvino was presented with the Commitment to the Craft Honorary Award at the Chicago Film Critics Award.
He was honoured with the annual Lifetime Achievement Award by the Hollywood Chamber at the 96th Annual Installation & Lifetime Achievement Awards Luncheon on 31st March 2017.
Personal Life & Legacy

Paul Sorvino married his first wife, Lorraine Davis, in 1966 and had three children from her: Mira, Michael, and Amanda. Mira is a successful actress and an Academy Award winner.

Lorraine and Sorvino divorced in 1988, and Sorvino married Vanessa Arico in 1991. This marriage too didn’t work out and he divorced his second wife in 1996.

Sorvino suffered from asthma since he was a child and even wrote a book ‘How to Become a Former Asthmatic,’ based on his experiences. He had also founded the Sorvino Asthma Foundation.

Apart from acting, he was an accomplished sculptor and specialized in cast bronze. The Sorvino family also runs a private horse rescue in Gilbert, Pennsylvania.

In 2014, Sorvino married Denessa Purvis ‘Dee Dee’ Benkie who is a political pundit. He had fallen in love with her after meeting her on a Fox News program.

Paul Sorvino died on July 25, 2022, at the Mayo Clinic, Jacksonville, Florida. He was 83. The exact cause of his death was not known.

See the events in life of Paul Sorvino in Chronological Order