Advanced Search
A stellar comedian, a distinctive character actor and a noted voice artist – Paul Lynde is synonymous to all of these and much more. He was one of the most lovable actors of his generation whom the audience longed to watch on the screen. While ‘Bewitched’ got him a star status by playing the character of ‘Uncle Arthur’ both in the television and film version, it was ‘Bye Bye Birdie’ and the character of Harry MacAfee that actually proved his versatility and talent. The game show, ‘Hollywood Squares’ only added more brownie points to the ever flourishing career graph of this abled actor and comedian, as he perfectly played his spot at the centre square. However, the ever rising graph plummeted and reached an all-time low when none of his series seemed to work. To add on to the woes, his flagship program, ‘The Paul Lynde Show’ failed to strike the right chord with the audience and was disbanded after merely one reason. If professionally things were turning bad, personally too his life was reaching new rock bottom as he constantly battled with substance abuse, gay issues and alcohol problems. To further know in details about his life and career, read on.

Image Credit
https://commons.wikimedia.org/wiki/File:Paul_Lynde_1972.jpg
(It is unspecified as to whether the press materials were authored by a personal publicity agency employed to promote the subject, or if they were authored by a company promoting a project the subject was involved with, circa 1972. [Public domain]) Image Credit
https://commons.wikimedia.org/wiki/File:Bewitched_Paul_Lynde_Elizabeth_Montgomery_1968.jpg
(ABC Television NetworkPD-PRE1978.The photo has no copyright markings on it as can be seen in the links above (also see original upload).It was created for publicity purposes-distribution to the media. The image was meant to bring attention and publicity for the personalities pictured, the program he/she was part of, and the network airing it, the same as the publicity photos for actors and actresses in the film industry were intended to do.Film production expert Eve Light Honthaner in The Comple)

Image Credit
https://commons.wikimedia.org/wiki/File:Paul_Lynde_1974_No_2.jpg
(It is unspecified as to whether the press materials were authored by a personal publicity agency employed to promote the subject, or if they were authored by a company promoting a project the subject was involved with, circa 1974. [Public domain])

Image Credit
https://commons.wikimedia.org/wiki/File:Paul_Lynde_1974_No_1.jpg
(It is unspecified as to whether the press materials were authored by a personal publicity agency employed to promote the subject, or if they were authored by a company promoting a project the subject was involved with, circa 1974. (Note: Some online sources attribute the authorship of the image to the ABC Television Network, promoting the comedy series The New Temperatures Rising Show, however, more research is required before this can be confirmed) [Public domain]) American Celebrities
Comedians
American Men
Ohio Actors
Northwestern University
Childhood & Early Life
Paul Lynde was born to Hoy Coradon and Sylvia Bell Lynde in Mount Vernon, Ohio.
Completing his preliminary education from Mount Vernin High School, he went on to study drama at the Northwestern University in Evanston Illinois.
It was while at the university that he was a part of the Upsilon chapter of Phi Kappa Sigma and till date is listed as its most famous personality.
Graduating from the university in 1948, he relocated to New York City where he started working as a stand-up comedian. 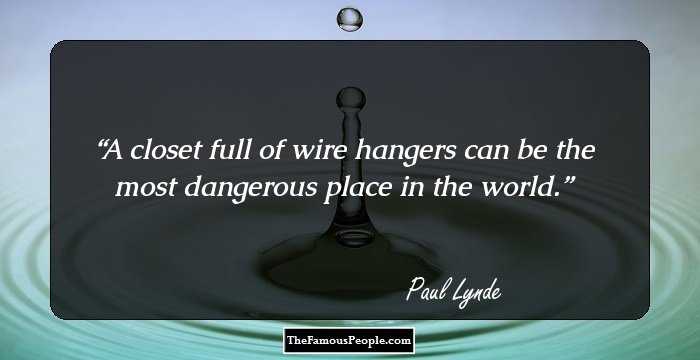 Continue Reading Below
Career
He made his Broadway debut with the hit revue, New Faces with co-stars Eartha Kitt, Charlotte Rae, Cloris Leachman, Alice Ghostley, and Carol Lawrence. In it, he portrayed the character of a man who walked on crutches, recounting the misadventure on the African Safari he took with his late wife. The show was released in 1954.
After the success of the revue, he was cast in the 1956 short-lived sitcom, ‘Stanley’ opposite, Buddy Hackett and Carol Brunett. Alongside this, he also guest starred on NBC's ‘The Martha Raye Show’
He made a comeback on Broadway in 1960 with the play, ‘Bye Bye Birdie’. In it, he played the character of Harry MacAfee, father of a star-struck teenager. The success of the play led him to reprise his role of MacAfee, three years later in the film adaptation of the same name.
In 1963, he recorded a live album, ‘Recently Released’, issued as an LP record. Interestingly, all the six tracks were written by him, a feat he subsequently achieved only until his tenure on Hollywood Squares.
The success of ‘Bye Bye Birdie’ on the big screen earned him supporting roles in various other films including, ‘Under the Yum Yum Tree’, ‘Beach Blanket Bingo’ and ‘The Glass Bottom Boat’.
In addition to doing films, he was cast in several other sitcoms including ‘The Phil Silvers Show’, ‘The Munsters’, ‘The Flying Nun’, ‘Gidget’, ‘I Dream of Jeannie’, and variety shows such as ‘The Perry Como Show’ and ‘The Dean Martin Show’.
While his minor roles in sitcoms were appreciated, it was his playing the character of a nervous driving instructor Harold Harold to Samantha Stephen’s in the first season episode, ‘Driving is the Only Way to Fly’ on the super successful series, ‘Bewitched’ that earned him much eyeballs.
It was the love, admiration and adulation that he received playing the character of ‘Harold Harold’ which prompted 10 more further appearances in the series, each of which was as grandly and warmly received as the first.
Other than making appearances on variety shows and playing various characters in television series, he also did voice roles for animated cartoons, most commonly those with the Hanna Barbara Productions.
Continue Reading Below
Some of his voice roles include ‘The Hooded Claw in The Perils of Penelope Pitstop’, ‘Mildew Wolf from It's the Wolf’ and ‘Pertwee from Where's Huddles?.’ What’s more, he also gave a voiceover for the animated character of Templeton the gluttonous rat in ‘Charlotte's Web’
His legendary association of 15 years with the game show, Hollywood Squares commenced in 1966 and no sooner, he became an iconic star at the show. His spot at the centre square was such that every contestant would require to call him upon at least once in every round.
The game show, Hollywood Squares, provided him just the right platform for showcasing his comedic talent. He filled it up with amusing one liners and sassy comments, all delivered in his sniggering delivery style. While some of the jokes hinted on his homosexuality, the rest were double entendre. He appeared a total of 707 times in the game series, gaining both wealth and fame from it.
In 1972, he starred in the ABC sitcom, ‘The Paul Lynde Show’, wherein he played the role of a tense attorney and a father who is at odds with his liberal minded son-in-law. Though the series was a short lived one and was only meant for filling up the space for an cancelled ninth season of Bewitched, it was well received.
‘The Paul Lynde Show’ was said to possess similarities with the show, ‘All in the Family’, however with a twist as it had a better write-up than the latter and sexual connotations which gave it a bit more spice.
After a series of media reports and in accordance with the viewership feedback, which gave thumbs up to the series, ‘Temperature Rising’ and Lynde of ‘The Paul Lynde Show’, they combined the best of both the worlds to come up with a revamped show, ‘The New Temperature Rising’ along with Paul Lynde for the 1973-74 season.
‘The New Temperature Rising’ however was not well received by the audience and within weeks of its premiere, it bombed badly to the point of being cancelled in the mid-season. The show was revived but without any success and was eventually replaced by ABC’s yet another sitcom, ‘Happy Days’.
While ‘The Paul Lynde Show’ and ‘The New Temperature Rising’ flagged inadvertently, his other shows of the time, such as ‘Howie’, ‘Two’s Company’, ‘Sedgewick Hawk Styles: Prince of Danger’ and ‘Manley and the Mob’ did not do quite well at the box office.
From 1975 until 1979, he hosted a series of programs including, ‘The Paul Lynde Comedy Hour’, ‘The Paul Lynde Halloween Special’, ‘T'was the Night Before Christmas’, ‘Paul Lynde at the Movies’ and ‘Paul Lynde Goes M-A-A-A-AD’. Other than this, he was a regular guest at the variety show Donny & Marie.
Continue Reading Below
Towards the later years of his life, due to anti-gay prejudice and his substance abuse and alcohol problems, lack of roles were being offered to him. As such, he took up any opportunity that came his way. He was seen as guest weatherman for WSPD-TV in Toledo and Indian chief Nervous Elk alongside Ann-Margret in the comedy ‘The Villain’, which incidentally was also his final film. Same time, he broke his 15 years of association with the game show ‘Hollywood Squares’
In the 1980, life turned yet again for this comedian who turned sober, resenting his drug laden and alcoholic life. he returned to the screen with ‘Hollywood Squares’ along with co-star and host Peter Marshall. The show continued until its cancellation in February 1981. 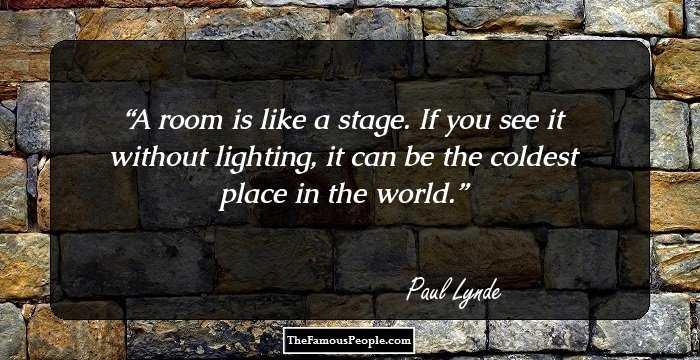 Awards & Achievements
He was nominated for a Best Actor Golden Globe for the ‘The Paul Lynde Show’.
In 1976 he received an Entertainer of the Year award for being voted the funniest man of the year
Personal Life & Legacy
His sexual inclination and orientation to the much surprise of everyone was an open secret. Though he was never publically announced or acknowledged, it is fervently said that he was a gay.
In 1965 he was involved in an accident when his lover, James ‘Bing’ Davidson fell down eight stories from the window of their hotel room. The two were reportedly drinking when the tragic event happened.
He breathed his last on January 10, 1982 at the age of 55, due to a massive heart attack which was propelled by years of substance abuse. In an autopsy, the doctor claimed him to have a heart of an 88 year old.
Posthumously, a biography by the title ‘Center Square: The Paul Lynde Story’ was published in 2005. Same year, Steve Carell reprised his role as ‘Uncle Arthur’ in the 2005 film ‘Bewitched’, very much in the style akin to Lynde. 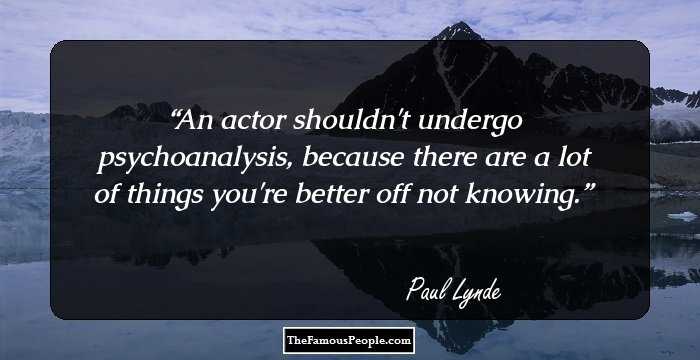 Trivia
This stand-up comedian is best known for his work on the fledgling game show Hollywood Squares, where he worked for 15 years.

See the events in life of Paul Lynde in Chronological Order