Patrick Johannes Adams is an extremely gifted Canadian actor who gained popularity for his role as Mike Ross in the legal drama, ‘Suits’. Blessed with good looks and great talent, Adams jumped the acting bandwagon immediately after completing his studies. His ability to act helped him bag projects in all mediums right from theatre and television to films. Though Adams played a lot of roles, of a superhero, a pro tennis player or even a veteran; his big breakthrough came with the courtroom drama series, ‘Suits’. He played the character of Mike Ross, a college dropout who turns into a fraudulent lawyer. He charmed the audience with his brilliant portrayal. The authenticity that Adams brought to the character gave Ross a novelty and uniqueness that was unseen before. What is interesting is that Adams did not want Ross to be ‘just another lawyer on television,’ and he intended to leave the show after the sixth season. However, an interesting turn in the plot led him to act in the seventh season as well. Nevertheless, Adams was always keen on making the character of Ross ‘one-of-its-kind’ and as such, left the show at the end of the seventh season to have a lasting imprint on the viewers. Not many actors can boast of leaving a successful show, which had been a part of their identity, to honour the work that has been done and immortalize the character. Adams garnered a Screen Actors Guild Award nomination in the category of Outstanding Performance by a Male Actor in a Drama Series for his role. 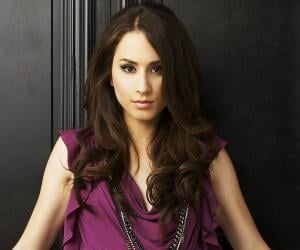 Seth Rogen
Actors #638
Film & Theater Personalities #1128
DID WE MISS SOMEONE?
CLICK HERE AND TELL US
WE'LL MAKE SURE
THEY'RE HERE A.S.A.P
Quick Facts

Canadian People
University Of California, Los Angeles
Tall Celebrities
Tall Male Celebrities
Virgo Actors
Childhood & Early Life
Patrick Johannes Adams was born on August 27, 1981 in Toronto, Ontario, Canada to Claude Adams and Rowan Marsh. His father worked as a journalist. He has a sister named, Meredith Adams.
He attended the Northern Secondary School. At the age of 19, after his parents’ divorce, he moved to Los Angeles where he enrolled in the University of Southern California. He attained a degree in Bachelor of Fine Arts.
Continue Reading Below
You May Like

Famous Beautiful Women With Green Eyes
Career
Immediately after completing his graduation, Patrick Adams and all the other outstanding performers in theatre were awarded scholarships that gained them direct access to working for Edward Albee’s ‘The Goat or Who is Sylvia?’ at the Mark Taper Forum.
In 2003, he made his debut in films with a supporting role in ‘Old School’. In 2005, he appeared in ‘Christmas in Boston’, a television film.
Patrick’s association with television started in 2004. He appeared as a guest in popular televisions series, ‘Jack & Bobby’, ‘Strong Medicine’ and ‘Cold Case’.
From 2006 to 2007, he made guest appearances in a number of popular television shows, including ‘Orpheus’, ‘Numb3rs’, ‘Commander in Chief’, ‘Friday Night Lights’, ‘Without a Trace’, ‘Lost’, and ‘Heartland’.
In 2008, Adams appeared in the television film, ‘Good Behaviour’. He followed it up with supporting roles in various television series, including ‘NCIS’, ‘Ghost Whisperer’, ‘Cupid’, ‘Lie to Me’ and ‘Raising the Bar’. He was signed as the male lead for the one-hour drama, ‘The Dealership’, starring Tricia Helfer and William Devane.
As for Adams’s film career, he did two short films, ‘The Butcher’s Daughter’ and ‘3 Days Gone’. He even gave his voice for ‘Extreme Movie’. In 2009, he played supporting roles in films like ‘2:13’, Weather Girl’, ‘Rage’, ‘The Waterhole’.
In 2010, Adams guest starred in ‘Pretty Little Liars’ as Ezra Fitz's college friend, Hardy. It was the 5th episode titled, ‘Reality Bites Me’, in the series. In 2012, he appeared in HBO's TV series, ‘Luck’ as recurring character Nathan Israel, for four episodes.

Having starred in more than a dozen television shows and films, Adams’s big ticket to success came when he was cast in a lead role as Mike Ross in the series, ‘Suits’ on basic-cable USA Network. The series went on to become the greatest achievement of his career.

2016, was a big year for Adams in terms of work output. He starred opposite his wife Bellisario, as Tim in the Old Globe Theatre's world premiere production of Anna Ziegler's ‘The Last Match’. The show earned him critical appreciation for his performance. He followed it up with ‘Hourman’ in the action series, ‘Legends of Tomorrow’.

Turning to the big screen, Adams was seen in the movie, ‘Car Dogs,’ opposite Academy award winning actress Octavia Spencer in 2017. Following year, he released the short film, ‘We Are Here’, in which he worked as a writer, director and actor along with his wife Troian Bellisario.

In January 2018, news of Adams terminating his association with ‘Suits’ started doing the rounds. He left the show after its seventh season, having appeared in over 108 episodes. He did not just play the role of Mike Ross in ‘Suits’ but also acted as the series’ co-producer since its season 3. He even wore the hat of a director for a couple of episodes.
Major Works

Though still early in his profession, Patrick J. Adams reached the magnum opus of his acting career with the legal drama, ‘Suits’. Playing Mike Ross, a college dropout turned unlicensed lawyer, in the super successful series escalated Adams’s career meteorically and gave it a new high. The show became the turning point in his life and made him a popular television personality. Adams played the character of Ross until the seventh season after which he dropped out of the show, citing that the decision was imperative in leaving the beauty of Ross’ character intact. He did not want ‘Mike Ross to be just another lawyer on television’.

Patrick J. Adams first met actress Troian Bellisario in 2009, during the shooting of ‘Equivocation’. They started dating but things started to fall apart soon after that, and they split. However, the show ‘Pretty Little Liars’ brought them back together. Adams was asked to play a guest role in the show in which Bellisario was a main cast. Romance rekindled in 2010, and the two got back together. They got married in December 2016.

See the events in life of Patrick J. Adams in Chronological Order 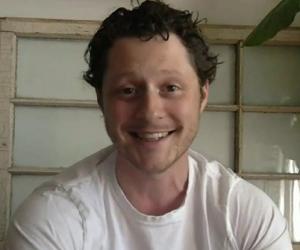