Pat Conroy was an international bestselling author, who in his four decades of career, authored several top-rated books and novels. Born in a military family, young Conroy was raised under much restriction and discipline. He attended the Citadel Military School to complete his formal education. During his early years, Conroy was athletic and fit and participated in various sports. He was one of the members of the institution’s basketball team. However, his failure at sports led him to pursue a career in writing. He started off his literary career by publishing his first book, ‘The Boo’ in 1970. He followed this up by ‘The Water Is Wide’, ‘The Great Santini’, ‘The Lords of Discipline’ and ‘The Prince of Tides’. Most of his books and novels were adapted into films of the same name. The books were very well received and so were the films, two of which were Oscar-nominated. Salman Rushdie
Novelists #322
Writers #1138
Continue Reading Below
DID WE MISS SOMEONE?
CLICK HERE AND TELL US
WE'LL MAKE SURE
THEY'RE HERE A.S.A.P
Quick Facts

Notable Alumni: The Citadel, The Military College Of South Carolina

education: The Citadel, The Military College of South Carolina

American Celebrities
American Men
Male Writers
Scorpio Writers
Male Novelists
Childhood & Early Life
Pat Conroy was born as Donald Patrick Conroy to Marine Colonel Donald Conroy and former Frances "Peggy" Peck of Georgia in Atlanta, Georgia USA. He was the eldest of the seven children born to the couple.
His father was employed as a fighter pilot, which led young Conroy to live a strict disciplinarian military life. Due to constant transfer of his father from one base to the other, he was constantly on the move. By the time he turned 18, he had lived in 23 cities.
The military background and the culture at the camp greatly influenced much of his life and living. As a young boy, he was a victim of his father’s violent outbursts and abuses and channelized his anger by playing basketball.
He attained Citadel Military Academy. It was while studying at The Citadel that he penned and published his first ever book, titled The Boo. The book provides an insight about cadet life and on the life of Lt. Colonel Thomas N. Courvoisie, who had served as Assistant Commandant of Cadets at The Citadel. 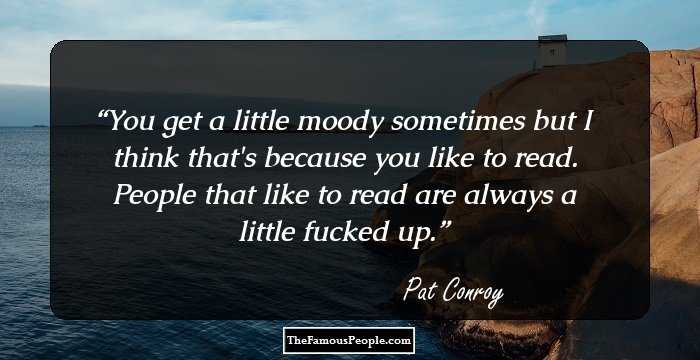 The Sexiest Men Of 2020, Ranked
Career
Completing his education, he took up a teaching position in Beaufort, South Carolina. He taught English. After this stint, he moved to take up the profile of a teacher in the one-room schoolhouse on remote Daufuskie Island, South Carolina.
He did not last long at this school as he was fired for his offbeat teaching practices and denial towards using corporal punishment on students. Furthermore, his relations with the administration were soured which added to his termination.
Using his experiences as a teacher and the racism that was prevalent, he penned his next book, ‘The Water is Wide’ in 1972. The book earned him much appreciation both from masses and critics. The excellent reception led to the adaptation of the book into a film, Conrack in 1974.
Two years after the film adaptation of ‘The Water is Wide’, he came up with his debut novel, ‘The Great Santini’ in 1976. The plot of the novel revolved around Marine fighter pilot Colonel ‘Bull’ Meecham, who dominates and terrorizes his family. The character of Bull Meecham was inspired by his father.
Ironically, ‘The Great Santini’ mended his strained relations with his dad while other members of the family were annoyed with him for leaking the family secrets out to the public. His father on the other hand completely changed his attitude and behaviour to create an air of difference between Colonel Bull Meecham and himself.
Though ‘The Great Santini’ was not a successful novel as he presumed it to be, it was nevertheless made into a film of the same name. Released in 1979, the movie had Robert Duvall in the lead role. The publication of the book brought about a period of personal crisis as his parents divorced and it was followed by his own separation.
He did not let the personal crisis affect his life and in 1980 came up with his next release, ‘The Lords of Discipline’. While ‘The Great Santini’ exposed the personal secrets of the family, ‘The Lords of Discipline’ gave an insight into the harsh military discipline and racism that was practiced in The Citadel. The book created a rift between his fellow classmates of Citadel due to its critical approach.
After the publication of ‘The Lords of Discipline’ he started off with his next book, which was published in 1986 under the title, ‘The Prince of Tides’. The book met with positive response. It went on to become his most successful work and he was tagged as the master storyteller, poet and a prose stylist.
‘The Prince of Tides’ sold more than five million copies, thus gaining him international reputation. It was the superlative success of the book which led to the adaptation of it into a film of the same name. Much like the book, the film too met with the same fate and was highly successful. It had Barbra Streisand and Nick Nolte playing lead roles.
Continue Reading Below
In 1995, he came up with his sixth publication, titled the ‘Beach Music’. The book revolved around the protagonist Jack McCall, who relocated from America to Rome to escape from the trauma of his wife’s suicidal death in South Carolina.
After the publication of ‘Beach Music’, he met his Citadel team members around the country. The reunion with them proved to be eventful and heart-warming for him, as he started reconstructing his senior year and his 21 basketball games that he played then, for his next publication.
Based on his memories of the senior year at the college, he penned his next work, ‘My Losing Season’. The publication gave an insight into his senior year, his failure as an athlete and his early aspirations to become a writer.
Following the publication of his next work, he came up with his fifth novel and ninth book, ‘South of Broad’. The book was novel in its content from his earlier publications as it revolved around a lovable father, Leo Bloom King and his life.
Next he came up with a cookbook, ‘The Pat Conroy Cookbook’. In 2010, he followed this up with the next publication ‘My Reading Life’. The book celebrated his love for reading and the books that influenced him.
His latest publication is ‘The Death of Santini’ which has been published in October 2013. The book delves upon the surprising but the most welcoming evolution that his father went through from being a strict disciplinarian to a loving father. The book unlike the former book, highlighted his family life post ‘The Great Santini’ days. 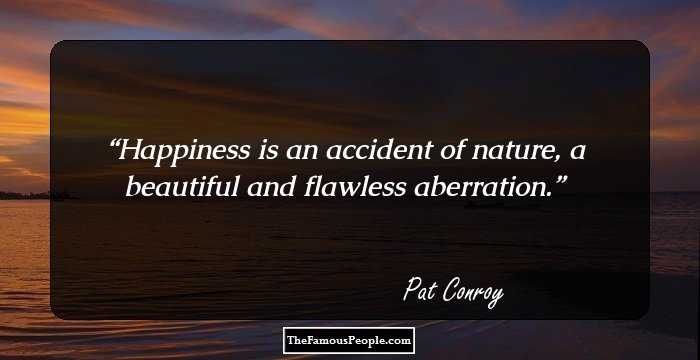 Quotes: Nature, Beautiful, Happiness
Personal Life & Legacy
He married three times in his life. The first was to a young widow, Barbara Jones in October 1969. She had two daughters from her previous marriage whom he adopted. The couple was blessed with a daughter. The relationship however did not work for long and the two separated in 1977.
In 1981, he tied the nuptial knot with Lenore Fleischer. He brought up two children from her first marriage and later a daughter that they were blessed with. The unison however did not last and the two divorced in October 1995.
He married his third wife and writer, Cassandra King in 1997. She has authored popular novels. They lived in Beaufort in South Carolina.
Pat Conroy died from Pancreatic Cancer on March 4, 2016, at the age of 70.
Trivia
This American writer authored the novels, ‘The Great Santini’ and ‘The Prince of Tides’ which were adapted into films that went on to receive Oscar nominations. 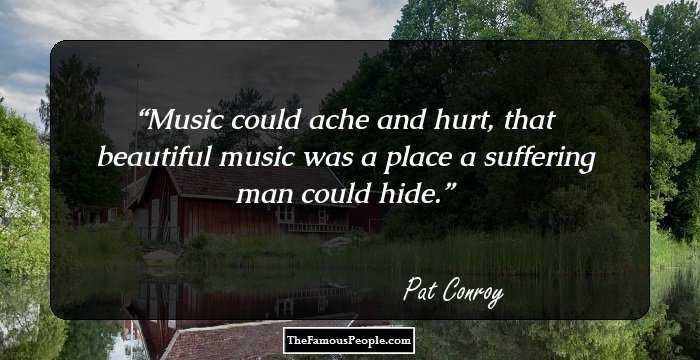 See the events in life of Pat Conroy in Chronological Order