A major figure of the paleoconservative movement in the US, Pat Buchanan is a well-known American author, political commentator, politician, journalist, and broadcaster. Apart from assisting US Presidents Richard Nixon, Gerald Ford, and Ronald Reagan, he has also been a prominent figure on TV and has written multiple books showcasing his views on issues such as immigration and free trade. However, his comments have often made critics call him a racist and an antisemitic person. He has also drawn criticism for being a prominent Holocaust denier, while his show Buchanan and Press was canceled for his opposition to the 2003 Iraq War. He ran for the Republican presidential nomination twice and was later named the Reform Party’s presidential nominee. He co-launched The American Conservative magazine and hosted shows such as CNN's Crossfire. He has also written for major publications, such as National Review and The Nation. Patrick Joseph Buchanan, better known as Pat Buchanan, was born to the Irish Catholic family of William Baldwin Buchanan and Catherine Elizabeth (Crum) Buchanan, on November 2, 1938, in Washington, DC. His father worked as a partner in an accounting firm, while his mother was a nurse.

He is of mixed ancestry and has Irish, English, Scottish, and German roots. He had six brothers and two sisters. He grew up being encouraged to participate in debates by his father. While he is related to musician Marilyn Manson, one of his great-grandfathers had fought for the Confederate Army in the American Civil War.

Pat Buchanan attended Catholic schools, following in the footsteps of his father and brothers. In 1961, he obtained an AB degree in English from Georgetown University, located in Washington, DC. However, in his senior year at the university, he received a traffic ticket and assaulted the police verbally and physically. He was arrested and fined, while the university suspended him for a year.

During the time he was suspended from Georgetown University, he tried focusing on accounting as a career option. However, he believed he was made for journalism and went back to the same field. In 1962, Buchanan obtained an MS degree from Columbia University’s School of Journalism in New York City. It is believed, he hated studying the technical side of publishing but enjoyed writing.

Later in 1962, Pat Buchanan began his career in journalism with the St. Louis Globe-Democrat, a conservative midwestern newspaper, at the tender age of 23. However, a thirst for a more challenging job made him switch to politics. In 1966, he became an assistant and speechwriter to Richard M. Nixon, who was gearing up for a second run for the presidency back then.

After Nixon was elected in 1968, Buchanan served as his special assistant. In 1972, he became Nixon’s special consultant and remained associated with him till Nixon got involved in the Watergate scandal. In 1973, Buchanan testified before the Senate Watergate Committee and denied having used or suggested any illegal means.

Following Nixon’s resignation in August 1974, Pat Buchanan worked as part of the administration of President Gerald R. Ford, as his advisor. The following year, Buchanan became a columnist for a syndicated newspaper column and also served as a radio and TV commentator. In 1985, he became President Ronald Reagan’s director of communications.

He has been a staunch critic of President George H.W. Bush. He also criticized the influence of Israel on American policies. He has been firmly against the feminist and LGBTQ rights movements. He also opposes policies on abortion.

Pat Buchanan has been a supporter of introducing curbs on free trade, too. Due to his differences with the Republican Party, Buchanan quit it in October 1999. In 2000, he won the Reform Party’s nomination for president but fared badly.

It is believed, Buchanan's run for president created a rift in the Reform Party. His critics tried preventing him from being named on the ballot. He was also affected by health problems and soon lost interest in the issues he wished to discuss. He thus finished fourth in the election, receiving less than 1% of the total votes cast.

Known as a talented author and public speaker, he has also been featured on many TV channels, as a skilled political commentator. In 2002, he co-established the magazine The American Conservative and served as its founding editor.

Pat Buchanan has also penned multiple books, such as The Death of the West, which talks about his belief that immigrants are a threat to the Americans; The Great Betrayal, which discusses the effects of free trade policies; and The New Majority, which talks about the views of the Middle Americans and their impact. His 1999 book A Republic, Not an Empire showcased his opinions against the US's involvement in issues not related to the country.

He also established the foundation named The American Cause and has been published in major publications, such as The Nation, National Review, and Rolling Stone. He is known for his association with the MSNBC cable network and has appeared on the show Morning Joe and The McLaughlin Group. He was also seen as a host on the CNN show Crossfire and has often contributed to the far-right website VDARE, which is known for its anti-immigration and white nationalist content.

In December 1991, a National Review article by William F. Buckley Jr., discussing antisemitism spoke largely about Pat Buchanan. The article later led to the book In Search of Anti-Semitism, which was published in 1992. Buchanan was highly criticized for his antisemitic and fascist views in a 1992 article on The Washington Post, too. However, Buchanan has denied all such allegations.

Buchanan is also a prominent Holocaust denier. In a column for the New York Post penned in 1990, Buchanan wrote how he thought it was impossible for such a large number of Jews to be killed in a gas chamber at Treblinka. He believed Treblinka was a transit camp.

He has also been accused of racism, as he called for the public hanging of a Black teenager accused of raping a white jogger, in the Central Park jogger case in 1989. His MSNBC show Buchanan and Press, which he co-hosted with Bill Press, was taken off-air due to his and Press’s opposition to the 2003 Iraq War.

Pat Buchanan is married to Shelley Ann Scarney since 1971. Shelley was once a receptionist at The White House. Their cat named, Gipper, was often seen sitting on Buchanan's lap during staff meetings. A staunch Catholic, he follows his religion in the most traditional manner.

See the events in life of Pat Buchanan in Chronological Order 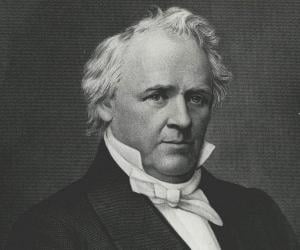