Megyn Marie Kelly is an American journalist, political commentator and former corporate defense attorney. She is well-known as a bold anchor and an interviewer, unafraid of asking difficult questions. She worked for Fox News for 13 long years, and departed it to join NBC News. On several occasions, she drew media attention for her bold comments and daring stands. Her fame reached a new level when she challenged the then presidential candidate Donald Trump at a debate to explain his sexist comments made about women. Trump, who was outraged by her question, called her “crazy,” “angry” and “a bimbo.” In her best-seller autobiography ‘Settle for More’, she revealed that Trump had approached her on multiple occasions for positive coverage of his campaign. Kelly had also revealed that Fox News CEO Roger Ailes had sexually harassed her. She was also involved in several controversies such as her assertions about the “whiteness” of Jesus and Santa Claus, her rejection of the label "feminist", and her vocal support for same-sex marriage. While she sounds liberal on social issues, and conservative on fiscal issues, Kelly is an independent and has voted for both Democrats and Republicans. She believes that her not having a strong political ideology makes her a more effective reporter. HarperCollins, that published her first book, noted that she is among the most interesting and influential people in America today. Kelly was inducted into the Hall of Fame at Bethlehem Central High School on September 26, 2015. Shannon Bream
DID WE MISS SOMEONE?
CLICK HERE AND TELL US
WE'LL MAKE SURE
THEY'RE HERE A.S.A.P
Quick Facts 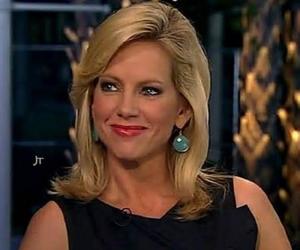 American People
Talk Show Hosts
American Women
Albany Law School
Syracuse University
Childhood & Early Life
Megyn Kelly was born on November 18, 1970, in Champaign, Illinois, USA, to Edward Kelly and Linda. Her father taught education at the State University of New York at Albany and her mother was a homemaker. At the age of 15, she lost her father due to a sudden heart attack. Later her mother took up a nursing job at the VA hospital in Albany to look after her and her two elder siblings.
She is of Irish descent on her father's side, and of Italian and German descent on her mother's side.
Initially, she attended Tecumseh Elementary School, in DeWitt, New York. When she was nine years old, her family moved to Albany, New York, a suburb of Delmar. There she attended Bethlehem Central High School.
In school she was involved in athletics, and was the captain of her cheerleading squad. In the seventh standard, she was bullied by the other students, which help her to become a bold person in future.
She had applied to Syracuse University's journalism school but was turned down. She then secured an undergraduate degree in political science from Syracuse University in 1992, and earned a J. D. from Albany Law School in 1995. 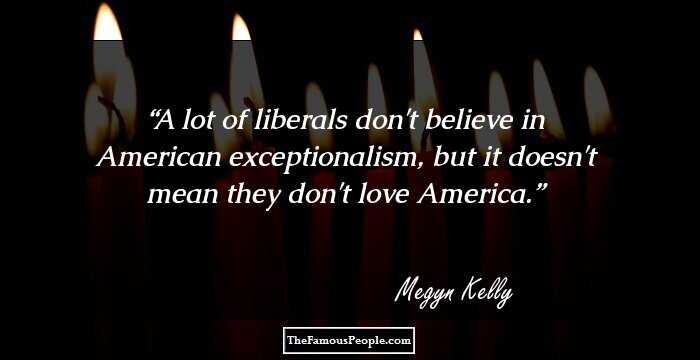 Quotes: Believe
Continue Reading Below
Career
Megyn Marie Kelly joined the Chicago office of law firm Bickel & Brewer LLP as an associate. During that period, she co-wrote an article—‘The Conflicting Roles of Lawyer as Director’ for ‘Litigation,’ the American Bar Association's journal. She also worked at Jones Day for nine years as a corporate litigator. However, when her then-husband joined Johns Hopkins Hospital in 2003, the couple moved to Washington, D.C.
In 2003, she joined ABC affiliate WJLA-TV as a freelance assignment reporter. She covered important national and local events—some significant ones include live coverage of the 2004 presidential election; the hearings for the US Supreme Court Justice Samuel Alito, Jr. and Chief Justice John Roberts; the retirement of Justice Sandra Day O'Connor; and the death of Chief Justice William Rehnquist.
In 2004, she joined Fox News Channel as a Washington, D.C. correspondent. She became the co-anchor of ‘America’s Newsroom’ in 2006. During her long tenure at Fox, she was involved in several controversies including her assertions about the “whiteness” of Jesus and Santa Claus, her rejection of the label "feminist", her vocal support for same-sex marriage, and many others.
She contributed legal segments for ‘Special Report,’ and hosted her own legal segment, ‘Kelly's Court,’ during ‘Weekend Live.’ She occasionally filled in for Greta Van Susteren on ‘On the Record.’ She also contributed as a substitute anchor on weekends.
In 2010, she started her own two-hour afternoon show, ‘America Live.’ Within months, viewership for ‘America Live’ increased by 20%. She drew a lot of media attention for her coverage of the results of the 2012 US presidential election. In October 7, 2013, she started hosting ‘The Kelly File.’ This program became very popular, and was one of the highest-rated cable news programs on television.
During the Republican Party presidential debate on August 6, 2015, she asked whether a man of Trump's temperament should be elected president. Her questions generated media and political reactions, and presidential candidate Trump criticized her. However, she said she would not "apologize for doing good journalism". In April, at her request, she met with Trump at Trump Tower, and had "a chance to clear the air".
In February 2016, she signed an agreement worth $10 million with HarperCollins to write an autobiography to be released that same year. The book—‘Settle for More’—was released on November 15, 2016.
In May 2016, she started a prime time special show on Fox, to interview celebrities from different fields. The first episode acquired 4.8 million viewers. In July, amidst a sexual harassment controversy surrounding Fox News CEO Roger Ailes, Kelly confirmed that she had also been subjected to his harassment. Ailes resigned from Fox News following the report.
With her contract with Fox News about to expire, it was reported in January 2017 that she would leave Fox News and join NBC News for a "triple role". She would not only anchor and host her own program and a Sunday night news show, but would also take part in the network's political and major news event coverage.
Continue Reading Below
After the last episode of ‘The Kelly File,’ she left Fox News on January 6, 2017. In June 2017, she interviewed Russian leader Vladimir Putin, in a panel discussion she moderated at the St. Petersburg International Economic Forum. She also did a one-on-one interview for NBC's ‘Sunday Night with Megyn Kelly,’ which aired on June 4, 2017. 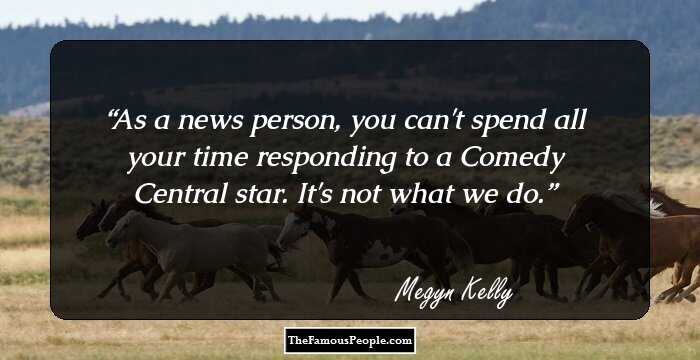 Major Works
Megyn Kelly is best known for the news television program ‘The Kelly File’ which she hosted from October 7, 2013 to January 6, 2017. The show, which featured breaking news as well as news analysis and in-depth investigative reports along with interviews, was a highly popular one which established her as a household name in America.
Awards & Achievements
In 2009, Childhelp awarded Megyn Kelly for her work covering the subject of child abuse as a Fox News anchor. She continued to stay involved with the child abuse issue by donating her time and appearing at fundraisers.
In 2014, TIME magazine included her in the list of the 100 Most Influential People in the World.
In the February 2016 issue of ‘Vanity Fair,’ she appeared on the cover. She was also featured in the cover story of ‘Variety’ magazine. She was an honoree for Variety's Power of Women for her addressing the issue of child abuse.
In a poll conducted among younger viewers, Megyn Kelly surpassed her Fox News colleague Bill O’Reilly in popularity! 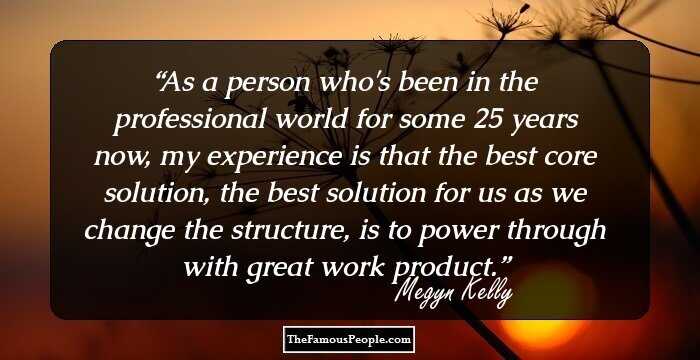 Personal Life
In September 2001, Megyn Kelly married Daniel Kendall, an anesthesiologist. The marriage lasted for five years and they divorced in 2006.
In 2008, she married Douglas Brunt, the then president and CEO of the cybersecurity firm Authentium. Later he became a full-time writer and novelist. They have three children—son Yates was born on September 25, 2009; daughter Yardley was born on April 14, 2011; and younger son Thatcher was born in July 2013.

Quotes By Megyn Kelly | Quote Of The Day | Top 100 Quotes

See the events in life of Megyn Kelly in Chronological Order