Park Jin-young is a South Korean singer, songwriter, and actor. Also known as Jinyoung, he is a dancer and a choreographer as well. A member of the popular K-pop boy group Got7 and JJ Project, he shares his name with the founder of his agency, Jin-young. To avoid confusion, he originally performed with the stage name ‘Jr’, and later changed the spelling to ‘Junior’ as his fans were confused over the right pronunciation of his name. Eventually in 2016, he announced that he would use his own given name, Park Jin-young, as he has matured and no longer a junior singer. JYP Entertainment had discovered him when he had auditioned at the JYP Trainee Open Recruitment Audition. After a training period of more than two years, he first debuted as a member of JJ Project with his partner JB. First as a member of JJ Project, and then as a member of Got7, Park has released a number of albums and singles and many of them have been successful on different charts. The main vocalist of Got7, Park showed his fans that he could rap well too when he did group member Mark’s part in the track ‘Never Ever’. He made his acting debut in the South Korean television drama ‘Dream High 2’, followed by some supporting roles. He then made his film debut in ‘A Stray Goat’ and was nominated for an award for the film. 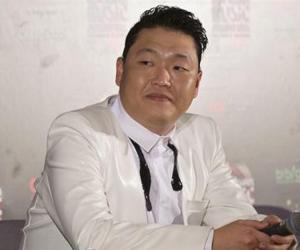 Choi Si-won
Pop Singers #496
Singers #2440
DID WE MISS SOMEONE?
CLICK HERE AND TELL US
WE'LL MAKE SURE
THEY'RE HERE A.S.A.P
Quick Facts

South Korean People
Tall Celebrities
Tall Male Celebrities
Male Singers
Capricorn Singers
Childhood & Early Life
Park Jin-young was born on September 22, 1994. He has two elder sisters. Information about his parents is not available to the media.
He studied in Yongwon Elementary School and Angolpo Middle School, and later attended Kyunggi High School. He later took up performance in Howon University.
Continue Reading Below
You May Like

The Best Black Actresses Of All Time
Career
In 2009, Jinyoung auditioned for JYP Entertainment and was taken as a trainee. In 2011, he started acting in the South Korean television drama ‘Dream High 2’, as Jung Ui-bong. The series ran from January 30 to March 20, 2012.
On February 29, 2012, he released the song ‘We are the B’ as the soundtrack for the drama, along with Jinwoon, Kim Ji-soo, and Kang So-ra. The drama was not successful, and did not help Park in any way.
In May 2012, he and his fellow trainee JB debuted as a duo with ‘JJ Project’, formed by JYP Entertainment, with a single album ‘JJ Project Slot Machine’. They then released their first single ‘Bounce’, also in May 2012. The official music video for the title track ‘Bounce’ was released on May 19 through their official YouTube account. It reached over 1 million views on YouTube in two days. The duo also started promotions for ‘Bounce’ on M! Countdown on May 24.
On June 26, 2012, the duo JJ was invited to record their own rendition of ‘Na Na Na’ by Yoo Seung-jun, which they performed on the second season of MBC's music program MM Choice.
On March 11, 2013, Park was cast as Ddol-yi on MBC's drama ‘When a Man Falls in Love’. JB also did a role in the drama, which was aired for 20 episodes from April 3. In April 2013, the duo was once again cast as actors in the drama, ‘When a Man Falls in Love,’ season 2.
Soon Park and JB debuted as members of the 7-member band called Got7, a South Korean hip-hop boy group formed by JYP Entertainment. The band released their first EP ‘Got It?’ on January 20, 2014. Park also choreographed one of the singles, ‘Follow Me’. The group’s stage performances, which include martial arts tricking, gained attention.
At the end of 2014, Got7 signed with Sony Music Entertainment, and ventured into the Japanese music scene; they released their first Japanese single ‘Around the World’ on October 22, 2014.
They returned to South Korea and released their first full-length studio album ‘Identify’ on November 18, 2014. The album was very successful and the song ‘Stop Stop It’ was used to promote the album.
In 2015, Park was cast in a supporting role in the television drama ‘Beloved Eun-dong’, which was aired on JTBC from May 29 to July 18, 2015. In March 2015, he served as the official host for M Countdown along with Shinee's Key, BamBam and Jung-shin. However, he left his MC position in March 2016 to focus on music with Got7, and to start the group's first worldwide concert tour.
Continue Reading Below
On July 13, 2015, Got7 released the EP ‘Just Right’, which included their most successful single, ‘Just Right’ which was also used to promote the EP. The band released another EP, ‘MAD’ on September 30, 2015, and the song ‘If You Do’ was used to promote the EP.
In 2016, Park was cast as the male lead in the South Korean film ‘A Stray Goat’, written and directed by Cho Jae-min. He played a high school student in the film. The movie was premiered at the 17th Jeonju International Film Festival on April 30, 2016, and was released on March 1, 2017.
On February 3, 2016, the group released their first Japanese studio album, ‘Moriagatteyo’. The album consisted of 12 original Japanese songs. It also included Japanese versions of the lead singles from their Korean EPs and albums, such as ‘A’ from ‘Got Love’; ‘Girls Girls Girls’ from the album ‘Got It?’; ‘Just right’ from the EP ‘Just Right’; and ‘Stop Stop it’ from the EP ‘Identify’.
On March 21, 2016, they released the Korean EP ‘Flight Log: Departure’. The songs ‘Home Run’ and ‘Fly’ were used to promote the album. On September 27, 2016, Got7 released a studio album ‘Flight Log: Turbulence’ under JYP Entertainment. It included the single ‘Hard Carry’.
In September 2016, Park did a supporting role in the television drama ‘The Legend of the Blue Sea’, where he portrayed Lee Min-ho's teenage version.
Since February 5, 2017, Park has been co-hosting SBS’ ‘Inkigayo’, a South Korean music program, aired live every Sunday. The show features some popular artists who perform on stage.
Got7 released the EP ‘Flight Log: Arrival’ on March 13, 2017, which included the single ‘Never Ever’, in which Park had also rapped. All the songs in the Flight Log series were chart-toppers.
On July 31, 2017, Got7 released the EP ‘Verse 2’, which featured a variety of genres such as pop, rock and hip-hop music. The EP had eight tracks, including ‘Tomorrow, Today’, which was chosen as the lead single for the promotion of the EP.
Major Works
Park Jin-young’s group Got7’s first EP ‘Got It?’ charted well and was also commercially successful. It peaked at number 2 on the Gaon Album Chart and number 1 on Billboard's World Albums Chart.
In October 2014, the group’s Japanese song ‘Around the World’ debuted at number 3 on the weekly Oricon Singles Chart, and sold over 36,000 copies. The same year, Got7’s first full-length studio album ‘Identify’, topped South Korean charts.
In 2016, Got7’s first Japanese studio album, ‘Moriagatteyo’, debuted at number 3 on the Oricon Albums Chart. The group’s EP ‘Flight Log: Arrival,’ released the following year, became their highest selling album with more than 300,000 copies sold.
The group’s Japanese single, ‘My Swagger’, topped Billboard's Japan Single Chart and took the second position on Oricon on the day of its release.
Awards & Achievements
In 2017, Park was nominated at the 53rd Baeksang Arts Awards in the category Most Popular Actor (Film), for the film ‘A Stray Goat.’
Personal Life
Park Jin-young is a very reserved person. He has not revealed any details about his love life to the media. 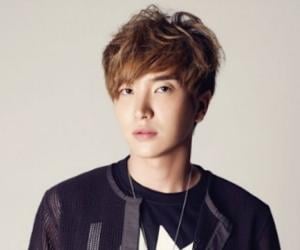