A man can either become a victim of his circumstances, or choose to rise above them for a better life. Orison Swett Marden chose the latter. His life was not an easy one; orphaned at the age of seven, he was left to fend for himself and his two sisters. He began reading self-help books, which greatly inspired him to escape from the treacherous world of poverty and become self-reliant. The founder of ‘Success’ magazine, Marden is revered as one of the founding fathers of the philosophy of the modern success movement in America. His book, ‘Pushing to the Front’, sold many copies and became one of the classics in the genre of self-help literature. Part of the New Thought Movement, a spiritual set that linked spritulaity and personal development, Marden has also authored many articles for the New Thought Movement based magazine, ‘The Nautilus’. He has authored over twenty books, many of them are admired and even read today as timeless classics. Before he died, he had left a collection of unpublished manuscripts.
Continue Reading Below 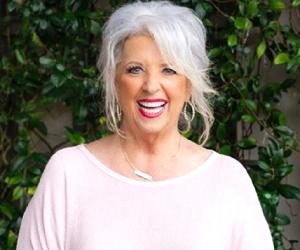 American Celebrities
Boston University
Male Writers
American Writers
Childhood & Early Life
Orison Swett Marden was born in 1850 to Lewis and Martha Marden in Thornton Gore, New Hampshire. He lost his mother at the tender age of three and his father at the age of seven.
After the death of his parents, he and his two sisters were left in the care of various guardians. He had to work as a ‘hired boy’ in order to earn his livelihood and support his sisters.
His tough childhood and difficult circumstances were driving factors that inspired him to read self-help books. He was deeply inspired by author Samuel Smiles, whose book he accidentally discovered in the attic.
In spite of all the hardships he faced, he was persistent to make a better life and enrolled himself at the Boston University, from where he graduated in 1871.
In 1881, he graduated from Harvard University, from where he obtained an M.D. The following year, he graduated with an L.L.B. degree from the university.
He later attended the Boston School of Oratory and Andover Theological Seminary. All his education was self-financed by the money he earned working at a hotel; eventually he owned hotels and resorts.
In the 1890s, during the time of the Great Depression, he lost ownership of the many hotels and resorts that he owned. He soon began working as a hotel manager in Chicago.
In 1893, the World’s Columbian Exposition, held in Chicago attracted a large number of tourists. During this time he decided to write and began penning down his philosophical thoughts. 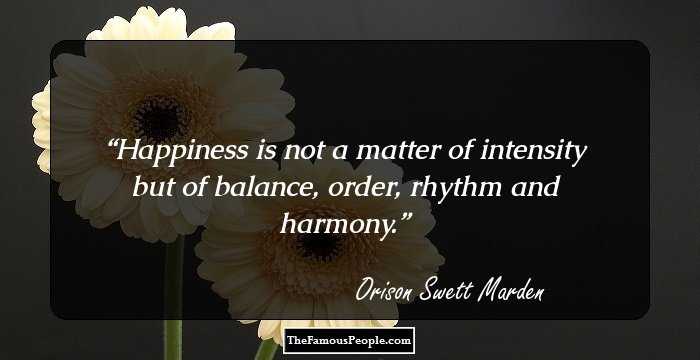 The Best Black Actresses Of All Time
Career
During the time of the Great Depression, after he had lost his hotels, he took up a room on top of a livery stable and worked hard on his first manuscript. The manuscript was destroyed one day, when the livery stable caught fire.
He was devastated when his 1000 page manuscript was destroyed. However, he motivated himself to write again and re-wrote the manuscript. When he tried to get publishers, he faced many rejections as it was also the third year of the Great Depression.
After many rejections, in 1894, his book, ‘Pushing to the Front’ was published. The publisher of the book thought that it would be a great time for people to read such a book in the middle of the depression.
In 1895, he came out with his second book titled, ‘Architects of Fate or, Steps to Success and Power’. The book aimed to inspire the youth to build character, self-culture and motivate them to achieve success.
In 1896, he published his next book ‘How to Succeed or, Stepping-Stones to Fame and Fortune’. The book was a self-help book that advised readers on how to be successful in anything they wish to pursue.
In 1897, he founded ‘Success’ magazine, which was primarily a personal achievement magazine. Some of the people who contributed for the magazine included, OgMandino, Napoleon Hill and W. Clement Stone.
He also contributed articles for ‘The Nautilus’, a magazine of the New Thought Movement, a spiritually inclined philosophical set of beliefs. The magazine was founded by Elizabeth Towne.
In 1898, he came out with his subsequent book titled, ‘The Secret of Achievement’, which encouraged its readers to make-up for their losses and pursue the path of success.
His succeeding books on inspiration and self-help include, ‘The Hour of Opportunity’, ‘Every Man a King’, ‘The Optimistic Life’, ‘The Art of Living’, and ‘Do It to a Finish’.
Continue Reading Below
In 1910, he came out with the book titled, ‘The Miracle of Right Thought’, which was a book that advised its readers to be happy and make their lives abundant with joy.
He was appointed as one of the first presidents of New York based ‘League for the Larger Life’, which was a New Thought organisation that was founded in 1916.
In January 1918, his article, ‘The Man You Long to Be’ was published in the New Thought Movement based, magazine titled, ‘The Nautilus’. The following year, his book ‘Ambition’ was published. 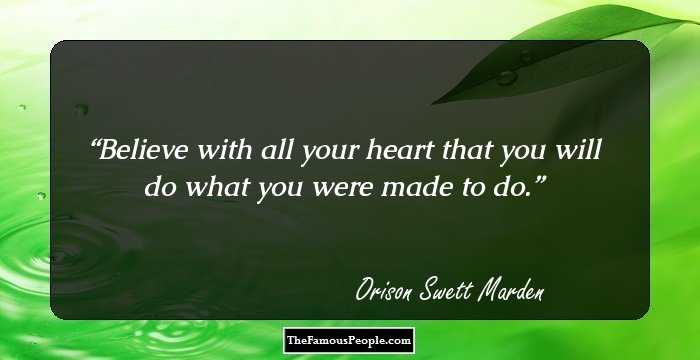 Quotes: You, Will, Heart, Believe
Major Works
His ‘Pushing to the Front’ was a book that provided guidelines on how to achieve success. It became one of the most sought after classics that inspired people like J.P. Morgan, Thomas Edison, Harvey Firestone and Henry Ford.
Personal Life & Legacy
He died in 1924 at the age of 74.
In 1925, Margaret Connolly authored an autobiography of him titled, ‘The life story of Orison Swett Marden: A man who benefited men’. 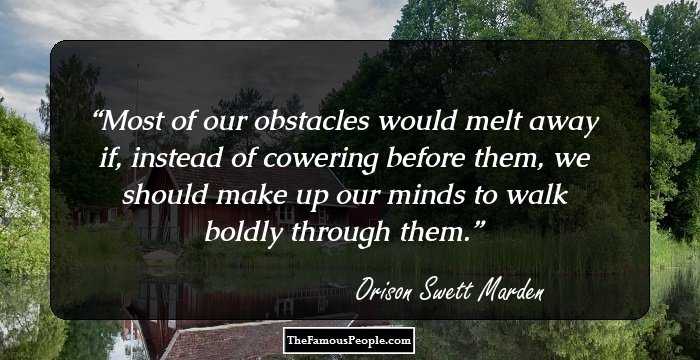 Trivia
He was the author of the book, ‘Pushing to the Front’, which inspired eminent people like J.P. Morgan, Thomas Edison, Harvey Firestone and Henry Ford.
You May Like 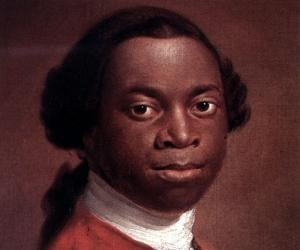 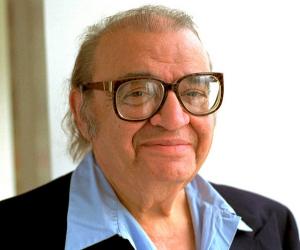