Olivia Dunne is an American elite gymnast. She is the youngest in the country to have qualified for the Junior International Elite. Dunne began her gymnastics training at a tender age and soon began participating in various competitions. Her sincerity and dedication helped her qualify for higher levels within a short span. Soon, Dunne began participating in state-level competitions and won medals for various events. She then represented the national team and performed internationally, too. Dunne also won a championship held in Italy. Her achievements as a gymnast have earned her an impressive fan base on social media. McKayla Maroney
DID WE MISS SOMEONE?
CLICK HERE AND TELL US
WE'LL MAKE SURE
THEY'RE HERE A.S.A.P
Quick Facts

Olivia Dunne was born on October 1, 2002, in New Jersey, U.S., to Katherine and David Dunne. She grew up in Hillsdale.

She has a sister named Julianna, who plays softball.

Dunne’s friends call her “Livvy.” She began learning gymnastics at the age of 3. Two years later, she tried for the gymnastics pre-team at her gym, ENA. With that, Dunne started competitive gymnastics.

She was trained at ENA Paramus, under mentors Craig and Jennifer Zappa.

Olivia Dunne won the level 4 State Championships and subsequently broke the state record for the all-around event. With such dedication and rapid success, Dunne was promoted from level 5 to level 8 in just a year.

In her debut elite championship at the U.S. Classic in 2014, Olivia Dunne was among the top 20 in the floor event and among the top 33 in the all-around ranking. She ranked 35th in bars, 36th in vault, and 39th in beam. Unfortunately, she could not qualify for the National Championships.

At the American Classic, Dunne was among the top 6 contenders for the floor, all-around, and beam events, while she secured a rank among the top 20 in bars and vault. She then qualified for her first National Championships.

In the 2013–2014 season, Olivia Dunne became the youngest athlete in the country to qualify for a Junior International Elite. She was placed 8th in the all-around event at the 2015 American Classic and qualified for the 2015 P&G National Championships.

She topped the floor event in the 2016 Bresteyn’s Elite Qualifier, held in Las Vegas. During the game, Dunne tried a new floor routine for the first time. She aced the beam event at the KPAC Elite Qualifier in North Carolina.

At the 2016 Secret U.S. Classic, she performed well to quality for the P&G Championships held in St. Louis, Missouri, where she won two medals, for the floor and the beam events.

In the 2017 Elite season, Olivia Dunne won three medals each for the beam and the floor events at the US Classic in Chicago. She also won medals for floor and beam at the P&G Championships in California.

Dunne also competed in the American Classic, the U.S. Classic, and the National Championships. However, she was not called back to the national team.

In 2017, she was granted a full athletic scholarship to the Louisiana State University (LSU), which she was supposed to attend in 2020.

In 2018, Olivia Dunne made her senior debut in Jesolo, Italy. She subsequently debuted at the U.S. Classic. Her injuries prevented her from competing in all the events except uneven bars, in which she was placed 15th.

Dunne then performed in the all-around category at the National Championships. She competed at the 2018 US Classic. The following year, she signed the National Letter of Intent to attend the LSU.

Competing at level 10, Dunne won the gold in the all-around event at The Atlanta Centennial Classic in Georgia, the Classic Rock Invitational in Arizona, and the Elevate the Stage contest in Ohio.

She also competed at the 2020 USA National Championships in Boston. She qualified to the Elevate the State meet for the 2020 Nastia Cup, which was held in March that year, in Milwaukee, Wisconsin.

Dunne actively posts on TikTok, where she has more than 2.5 million fans. Her Instagram page has over 260 thousand followers.

Even though Olivia Dunne is proficient in every gymnastics event category, her favorite is the uneven bars.

She is also interested in fashion designing and often contributes to the designs of her leotards. Dunne also often actively participates in choosing the fabric for her costumes.

See the events in life of Olivia Dunne in Chronological Order 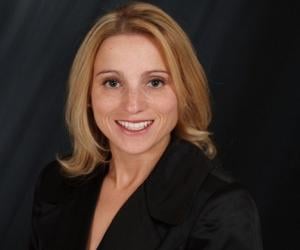