(Most Decorated Gymnast of All Time)

Simone Biles is an American artistic gymnast who is well-known for her individual gold medal at the 2016 Olympic Games held at Rio de Janeiro. She is an artistic gymnast and typically excels at the all-round, floor, and vault gymnastics. Simone Biles has been a world champion in all the three for several years. She has won 32 Olympic and World Championship medals overall, making her the most celebrated American gymnast and the most decorated gymnast ever. She has a record for the most gold medals won by an American woman at a single Olympic Games. She is only the sixth woman to win the Olympics medal and the World Championship medal in all round individual title. She is also known for her appearance on Dancing with the Stars. Simone Biles currently resides in Spring, Texas, USA. Sofie Dossi
DID WE MISS SOMEONE?
CLICK HERE AND TELL US
WE'LL MAKE SURE
THEY'RE HERE A.S.A.P
Quick Facts

Notable Alumni: University Of The People

education: University Of The People

Simone was born to Shanon Biles and Kelvin Clemons on 14th March 1997, in Columbus, Ohio. Simone’s father was never a part of her life as he struggled with problems of addictions and abandoned his family. Simone’s mother, Shanon, too was a victim of drug and alcohol addiction. She did not play a significant part in the raising of her children either.

Simone Biles is third of the four siblings; the others being Ashley, Tevin, and Adria. Adria Biles is also a gymnast. Simone was brought up by her maternal grandfather, Ron Biles, and his wife Nellie Cayetano Biles. Ron is a former air traffic controller. Nellie is a nurse and a former co-owner of a chain of nursing homes in the USA. 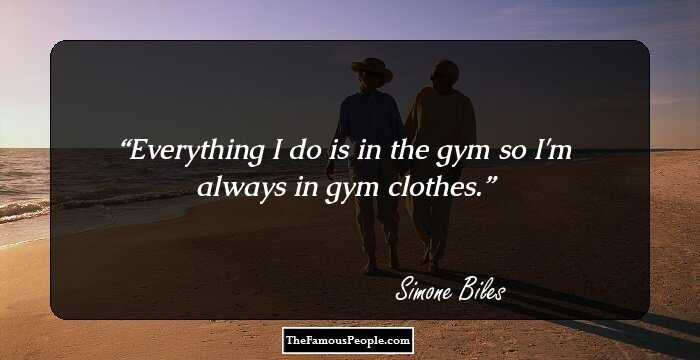 Simone Biles’s career as a gymnast started when she first tried gymnastics at a young age of six during a field trip with her day care mates. She impressed her instructors and they suggested her to pursue gymnastics.

She soon opted for a training program at Bannon’s Gymnastix and began her official training with her coach Aimee Boorman. She was just eight then.

Her official career began when she competed in the American Classic in Houston in 2011. She was placed 3rd all round, excelling at the first position on vault and balance beam. Later that year, she participated in the USA Classic in Chicago, Illinois, where she got placed 20th all round.

In 2012, her success motivated her to concentrate more on her gymnastics career. To do that, she quit public school and started homeschooling, which allowed her nearly two hours more training every day.

In 2012, she was placed 3rd overall in the National Championship, once again bagging the 1st in vault. This made her selection in the Junior National Team quite easy.

She made her senior international debut along with teammate Katelyn Ohashi as replacements to Elizabeth Price and Kyla Ross after they withdrew from the 2013 American Cup due to injuries.

Simone Biles secured the 1st prize in the 2013 City of Jesolo Trophy in Jesolo, Italy.

In the 2013 National Championships, she won the all-round champion title ahead of Kyla Ross, the previous medalist. She also won the silver in all four events. This secured her a place in the Senior National Team and the World Championship Team.

She repeated her performance by grabbing the gold at the 2014 Gymnastics National Championship, after she missed a couple of tournaments at the beginning of the year due to a shoulder injury.

She successfully defended her title of the World Champion at the 2014 World Artistry Gymnastics Championship in Nanning, China.

On July 29, 2015, Simone Biles announced that she would be turning pro and signed with Octagon. She won her 3rd all round national title, becoming only the second woman to do so.

She became the first woman to grab three consecutive world championship titles after she won at the 2015 Artistic Gymnastics Championship.

In 2016, she won the Pacific Rim Championships and the National Championship with a great margin in the all-round title. On 10 July, she was announced as part of the squad for the Olympics.

In the 2016 Olympic Games, Simone Biles won her first gold medal on August 9 in the team event. She later won the all-round gold in the individual event on 11 August. She won her second gold in the women’s vault with a score of 15.966. She had the same score in the floor event and secured gold in that too. She also grabbed a bronze in balance beam. 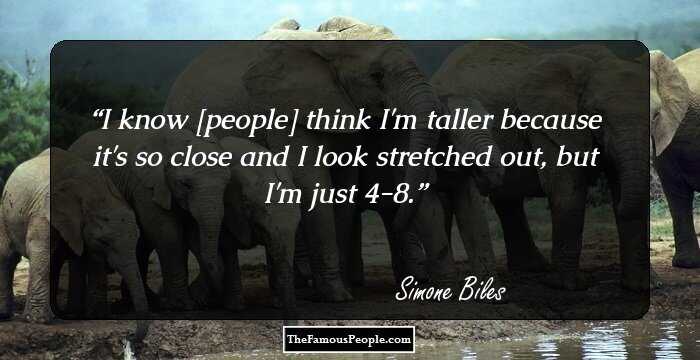 She was chosen as Sportswoman of the Year in 2014 and 2016 by the Women’s Sports Foundation and became one of the 25 in ESPNW’s top list.

She was nominated for the James E Sullivan Award in 2015.

She became the Team USA Female Olympic Athlete of the Year in 2015.

She was chosen as one of BBC’s 100 women in the year 2016. She was also the finalist in TIME magazine’s Person of the Year in the same year.

She was nominated for the BEST Female Athlete award for ESPY in 2016.

She has the record for most gold medals by a woman gymnast in a single Olympic Games.

She is only the fourth woman to win all the major titles in an Olympic cycle.

She is only the second gymnast to win the team gold as well as the individual gold in the same Olympics.

Simone Biles was the flag bearer for the USA team at the closing ceremony. She was the first American woman gymnast to receive this honor.

She grabbed the gold medal in all round and floor, silver in vault, and bronze in balance beam in the 2013 World Championship in Antwerp.

She won the team gold, along with gold for all round, balance beam and floor, and a silver medal in vault in the 2014 Nanning World Championship.

In the 2015 World Championship held at Glasgow, she retained the team, all round, balance beam, and floor gold medals and also won a bronze in vault.

In the Rio de Janeiro Olympics held in 2016, she grabbed the gold medals for team, all round, vault, and floor events. She also won a bronze for balance beam.

She won the team and all round gold in the 2016 Everett Pacific Rim Championship.

She was one of the contestants paired with Sasha Farber in Season 24 of Dancing with the Stars. She finished fourth in the competition.

In 2016, after the Russian cyber espionage group Fancy Bear’s hack into the World Anti-Doping Agency, her medical information was released.

She announced through Twitter that she is suffering from Attention Deficit Hyperactivity Disorder. She was allowed treatment for the same and was granted Therapeutic Use Exemption.

Simone Biles’ coach had never trained an elite gymnast before coaching her and she thinks that this lack of experience in her coach was helpful for both of them in exploring and learning new techniques.

Aimee Boorman is like a second mother to Simone. According to Simone, Aimee can read into her thoughts and mood and this relationship helps her in life.

She is a big fan of Zac Efron and pop singer Taylor Swift.

Simone Biles dated Stacey Ervin Jr from 2017 to 2020. In August 2020, she began dating American footballer Jonathan Owens. On February 15, 2022, she announced her engagement to Jonathan Owens. 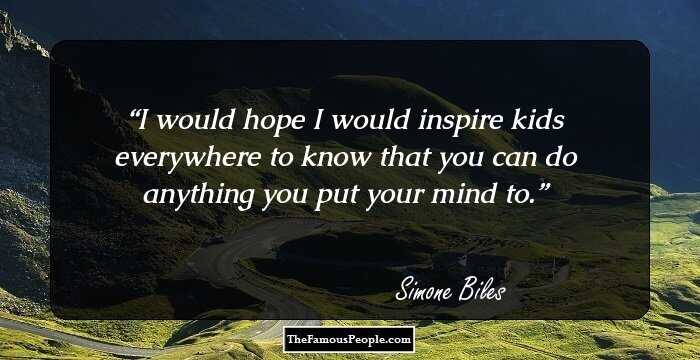 Simone’s video of fleeing from a bee on the podium of the award ceremony of the World Artistic Gymnastics Championship had gone viral.

She has a net worth of $6 million. She is the shortest American gymnast.

She invented the two back flips followed by a half twist in laid out or straight body position move.

See the events in life of Simone Biles in Chronological Order