Oakley Fisher is an American child actress, Instagram star, and social media personality. She and her twin sister, Taytum, have appeared in several television shows and films. A native Californian, Oakley, along with her sister, was introduced to social media and the entertainment industry by her parents, both of whom are actors. Two days after the twins were born, their parents set up their Instagram account. She subsequently made her acting debut in a Subway commercial when she was a few months old. She and her sister also portrayed the character of Holly in the popular soap opera ‘Days of Our Lives’. On their Instagram account, the twins have accumulated more than 2.1 million followers. 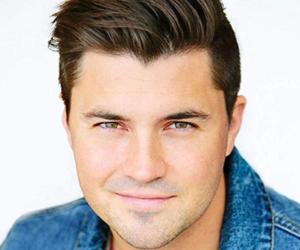 American People
Female Child Actors
American Child Actors
American Female Child Actors
Female Film & Theater Personalities
Rise to Fame
It was Oakley’s mother, Madison, who set up her and Taytum’s joint Instagram page, taytumandoakley, soon after their birth and posted the first photograph of the newborn twins two days later, on June 25, 2016. Madison and her husband Kyler were already established social media influencers at the time with a considerable number of followers on their respective Instagram pages. As a result, Oakley and Taytum have been exposed to social media since their birth. The page is run by both of the twins’ parents.
Over the course of the following years, their Instagram page has grown exponentially. It currently has over 2.1 million followers and receives hundreds of thousands of likes and hundreds of comments on each of the posts. The family has a YouTube channel as well, under the username ‘Kyler and Mad.’ It was set up on November 29, 2016, about five months after the birth of the twins. The first video was uploaded on the same day. Titled ‘Very First Vlog!’, it has accumulated over 1.2 million views to date. The most popular video on the channel is ‘Day with 4 Year Old Everleigh and Switching Kids! VLOG’, with over 10 million views. They primarily post vlogs, challenge videos, and Q&As.
Oakley landed her first commercial when she was three months old. It was an advertisement campaign for Subway. In 2017, she and her sister starred as Holly Jonas in NBC’s long-running soap opera ‘Days of Our Lives’. Born through surrogacy, Jonas is the daughter of Daniel Jonas (Shawn Christian) and Nicole Walker (Arianne Zucker).
You May Like

American Film & Theater Personalities
American Female Film & Theater Personalities
Cancer Female
Continue Reading Below
Personal Life
Oakley Fisher was born on June 23, 2016, in Los Angeles County, California, USA, to Madison (née Bontempo) and Kyler Fisher. Oakley has a twin sister named Taytum. In July 2018, Madison revealed that she was pregnant again.
Oakley and her sister are growing up in front of the cameras. Both of their parents are actors. Madison has appeared in films, such as ‘The Metrosexual’ (2007), ‘Without a Paddle: Nature's Calling’ (2009), ‘The Last Straw’ (2014), and ‘Love Everlasting’ (2016). Kyler is known for his roles in ‘Juarez 2045’ (2015), ‘Limelight’ (2017), and ‘Water’ (2017). He is set to make his debut as a producer with two projects, the drama-thriller ‘Hardwired’ (pre-production) and the short film ‘Rift’ (announced).