Julia Butters is an American child actress who has been active in the industry since 2011. Despite her young age, she has gained critical acclaim for her portrayals of Anna-Kat Otto in the ABC sitcom American Housewife and Trudi Fraser in Quentin Tarantino’s film Once Upon a Time in Hollywood. Her performance in the latter project has earned her numerous award nominations, including the 2020 Critics’ Choice Award for Best Young Actor/Actress. At the 2019 Las Vegas Film Critics Society Awards, Julia Butters won the Sierra Award in the Youth in Film – Female category. Julia Butters was born on April 15, 2009, in Los Angeles, California, to Lorelei (née Hill) and Darrin Butters. Her mother is a homemaker and a Californian native. Her father, on the other hand, is originally from Kearney, Nebraska. He moved to Los Angeles and became a Disney animator whose credits include Frozen and Ralph Breaks the Internet.

Julia Butters’ parents decided to introduce her to the film industry quite early in her life. She was two years old when she started making appearances in various commercials. After doing that for a few years, she was cast in her first TV role in the season-nine episode Gabby of the CBS police procedural crime drama series Criminal Minds. She portrayed the titular character, Gabby Hoffer, a four-year-old girl whose disappearance sets off the plot of the episode.

In 2016, she landed the role of Anna-Kat Otto in American Housewife. Anna is the youngest of three children of Greg and Kate “Katie” Otto, an adorable but anxious child who is dealing with obsessive-compulsive disorder. The show has aired four seasons to date and will be back for a fifth.

In 2015, she appeared in the short film The Rusted. Her debut on the big screen came a year later in Michael Bay’s action-thriller 13 Hours: The Secret Soldiers of Benghazi. She played Beverly Silva, the daughter of John Krasinski’s character, GRS Jack Silva.

While writing the script for Once Upon a Time in Hollywood, Quentin Tarantino had the television on in the background and spotted Julia in American Housewife. He was immediately interested and arranged for her to audition for Trudi Fraser, the role of a talented child actress in the 1960s Hollywood.

Her audition was a success, and she was cast in the project. Most of her scenes were with Leonardo DiCaprio, who portrayed the washed-up TV actor Rick Dalton. DiCaprio asked Julia to come with her parents to his Malibu home so they could read their lines together. Genuinely impressed by Julia, he stated in an interview that she was like a young Meryl Streep. This was somehow misinterpreted by media who thought that she was portraying a young Meryl Streep in the film.

Released in the summer of 2019, Once Upon a Time in Hollywood�was a critical and commercial hit. It was nominated for 10 academy awards, including for best picture, and won two.

See the events in life of Julia Butters in Chronological Order 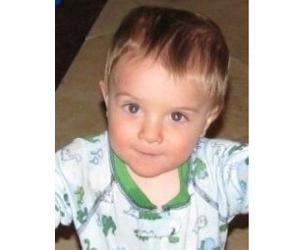