(Actress, Model, and Producer Known for Her Work in the Indian Film Industry)

Nora Fatehi is a dancer, model, and actor of Indo–Arabic descent. She was born in Canada, to Moroccan parents. Her mother is a third-generation Indian. Nora dropped out of college and signed up with ‘Orange Model Management,’ who assigned her to work in India. She has had no formal training in dance or acting. She became famous for her skills in belly dance, which she picked up by watching online videos during her younger days. She has appeared in advertisements for various brands during the initial days of her career. She made her Bollywood debut in the animal horror film ‘Roar: Tigers of the Sundarbans.’ She then ventured into South Indian cinema with a special appearance in a dance sequence in the movie ‘Temper.’ Nora entered ‘Bigg Boss 9’ as a “wild card entry,” with Gizele Thakral. She spent three weeks inside the house. She also appeared on the reality dance show ‘Jhalak Dikhhla Jaa,’ which was on the lines of ‘Dancing with the Stars.’ She dated Indian actor Angad Bedi for a while but ended the relationship when he chose to marry Neha Dhupia. She has also been rumored to have dated bodybuilder Varinder Ghuman and actor Prince Narula. Nora has made her mark in Bollywood and has a bright future in Indian TV and cinema. Canadian People
Indian People
Singers
Actresses
T V & Movie Producers
Canadian Women
Childhood & Early Life
Nora Fatehi was born Naura Fathi, on February 6, 1992, in Montreal, Quebec, Canada. She is of Moroccan–Indian descent. Her mother has Indian roots. She has a younger brother named Omar.
She completed her schooling from ‘Westview Centennial Secondary School,’ Toronto, and then joined ‘York University,’ Toronto. However, she had to drop out before completing her degree.
She was fond of music and dance since childhood and wanted to become an actor. She started learning belly dance by watching videos on the net during her youth. She has had no formal training in acting or dance.
After dropping out of college, she signed a modeling contract with the talent agency ‘Orange Model Management,’ which sent her to India, on an assignment. During her initial years, she appeared in advertisements for various brands such as ‘Mexitos Chips’ and ‘Everyuth Face Wash.’
Continue Reading Below
Recommended Lists:

Indian Women
Female Models
Indian Models
Women Singers
Career
She made her Bollywood debut with the Hindi-language animal horror film ‘Roar: Tigers of the Sundarbans’ in 2014. Although the movie did not do well, her performance was appreciated by film critics. She made her way into Telugu cinema with a special appearance in a dance sequence in the movie ‘Temper,’ directed by Puri Jagannath, in 2015.
The same year, she also appeared alongside Emraan Hashmi in the Hindi 3D science-fiction thriller ‘Mr. X,’ directed by Vikram Bhatt and produced by Mahesh Bhatt.
Nora became popular as a dancer for “item numbers” in South Indian movies and appeared as herself in the Malayalam movie ‘Double Barrel’ and in the Telugu movies ‘Kick 2’, ‘Sher,’ and ‘Loafer.’ She made a special appearance in the song ‘Manohari’ in the Telugu/Tamil version of the superhit movie ‘Baahubali: The Beginning.’
Nora Fatehi made her entry into reality entertainment with her appearance in ‘Bigg Boss 9,’ hosted by Bollywood superstar Salman Khan, in December 2015. She joined the show as a “wild card entry,” with Gizele Thakral. She spent three weeks inside the house, till she got evicted on January 3, 2016. She also appeared on the dance reality show ‘Jhalak Dikhhla Jaa’ later in 2016.
Her participation in reality shows earned her recognition and she continued to be invited as a guest on TV shows such as ‘Entertainment Ki Raat’ and ‘Troll Police.’
She bagged the lead role opposite Sanjay Suri in the psychological thriller ‘My Birthday Song,’ released in 2018. Her upcoming movies are the thriller ‘Batla House’ and the drama ‘Bharat.’
She was also invited as a guest mentor on the Indian English reality TV series ‘Top Model India.’ She also appeared as a host on ‘MTV India’s reality show ‘MTV Dating in the Dark.’
Recommended Lists:

Canadian Models
Aquarius Singers
Indian Actresses
Canadian Dancers
Personal Life
Nora speaks Arabic and French fluently, although English is her first language. She has also picked up Hindi and a few South Indian languages to be able to communicate on the sets while shooting. She is a follower of Islam and is a Canadian national. She currently lives in an apartment in Mumbai.
She visits the gym regularly and maintains a perfect figure. She loves traveling and reading. She dated Indian actor Angad Bedi for a while. However, he married actor Neha Dhupia in May 2018. Nora has also been romantically associated with bodybuilder Varinder Ghuman and actor Prince Narula. She is currently believed to be single.
Recommended Lists:

Canadian Singers
Aquarius Actresses
Canadian Actresses
Indian Female Models
Trivia
Nora Fatehi became famous for her glamorous looks and distinctive style. She is an accomplished dancer and a master in belly dance.
She created a sensation with her belly dance in the recreation of the 1990 song ‘Dilbar.’ The song gained 20 million “views” on ‘You Tube’ within 24 hours of being released. It was also the fastest video to get 100 million “views” on ‘You Tube.’
She has released a web series titled ‘Ladies Special: Types of Single Girls’ on the ‘You Tube’ channel ‘The Timeliners.’
She is also proficient in acrobatics and mixed martial arts, which she learnt on her own.
In May 2016, she witnessed a shootout when she went to attend an event in Canada. She had a narrow escape that day.
She has also appeared in a Hardy Sandhu music video.
Recommended Lists:

See the events in life of Nora Fatehi in Chronological Order 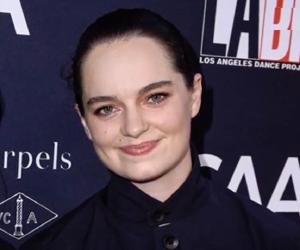