Netta Barzilai is an Israeli singer and looping artist who won the Eurovision Song Contest 2018 in Lisbon, Portugal with her sole single, 'Toy', which talks about female empowerment. While British author J.K. Rowling hailed her as a worthy winner, Israeli Prime Minister Benjamin Netanyahu named her Israel's greatest ambassador. Her win marked the fourth win by Israel in Eurovision after 1978, 1979, and 1998. Previously in February 2018, she won season five of 'HaKokhav HaBa', Israel's national selection for the Eurovision Song Contest, with her performance of a mashup of 'Gangnam Style' by Psy and 'Tik Tok' by Kesha, which had earned 210 points from the judges to win her the competition, as well as a right to represent the country in the Eurovision Contest. The single, 'Toy', which was sung in English except for a phrase in Hebrew, was first released on March 11 and received 20 million views on its accompanying music video. Prior to her final performance, she also performed the song at the largest Eurovision promotional event, 'Eurovision in Concert' in Amsterdam on April 14. 2018.
Continue Reading Below Israeli People
Women Singers
Aquarius Singers
Israeli Singers
Female Pop Singers
Rise to Stardom
When Netta Barzilai was 18-19 years old, she spent a Service Year in the paramilitary Nahal, and was part of the Israeli Navy Band. During this time, she came across a video by an artist named Kimbera playing the looper, an instrument that repeats the music to make it sound like multiple persons were playing. She decided to buy it, for which she had to save money by doing side job as a waitress. According to Yehuda Eder, the president of the Rimon Music School, by the time she went there in 2016, she had already mastered the instrument and had become a one-woman band. Also in 2016, she co-founded the improvisation singing ensemble, 'The Experiment', with three others and performed across Israel as its lead vocalist.
After completing her one-year course at Rimon, she auditioned for season five of 'HaKokhav HaBa', the gateway to Eurovision Song Contest, in September 2017. Her rendition of 'Rude Boy' by Rihanna received 82% of the votes, advancing her to the first stage of the competition, Heat 1, in which she performed 'Hey Mama' by David Guetta on January 4, 2018 to qualify for the next round along with three other performers. She successfully advanced through Heat 4, 5 and 6 rounds to reach the quarterfinal, where she received the highest score of 90% with her performance of 'Wannabe' by Spice Girls. On February 8, she became the first finalist by winning a duel against Riki Ben Ari with the song 'Beautiful' by Christina Aguilera, but lost another duel to her in the first round of the final on February 13, before being saved by the judges. She finally won the competition by performing a mashup of 'Gangnam Style' by Psy and 'Tik Tok' by Kesha in the second round, earning 104 points from the judges and 106 points from the viewers to achieve the No.1 spot. At Eurovision, she performed 'Toy', composed by Doron Medalie and Stav Beger, and earned a total of 529 points from two rounds to win the competition on May 12, 2018.
You May Like

Aquarius Pop Singers
Israeli Female Singers
Aquarius Women
Continue Reading Below
Overcoming Self-esteem Issues
Netta Barzilai, who was a child of 10 when Ninet Tayeb won the Israeli reality competition 'Kokhav Nolad' in 2003, was always well aware of the reality music scene, but did not feel confident enough to pursue a music career in her youth. A sensitive child with the soul of an artist, Netta Barzilai was the target of bullying at school for being overweight and wanted to fit in like a 'normal' person. She was not a popular child and would often be humiliated, which later resulted in her having a low self-esteem. Considering herself unfit to be a singing icon, she wanted to study psychology or education and become a kindergarten teacher instead. She also served as a counselor in Hanoar Haoved Vehalomed for years. She eventually built up confidence while performing for the Israeli Navy Band. She met Avshalom Ariel, the producer of her song 'Toy', during a theater project they both worked on. He thought that she could bring something new to the Eurovision stage, which she eventually did and won the hearts of numerous fans.
Behind The Curtains
Netta Barzilai was born on January 22, 1993 in Hod HaSharon, Israel. She and her two brothers were raised in the Tel Aviv region. When she was only three months old, her family moved to Nigeria, where her father was working, but they returned back to Israel four years later. While in Nigeria, she learned the rhythms of African lullabies which her local nanny used to sing to her. Music runs in her family as one of her brothers study double bass at Rimon, while the other raps. 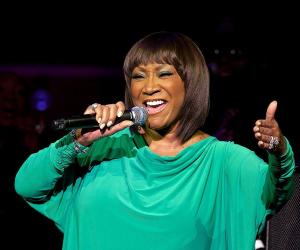 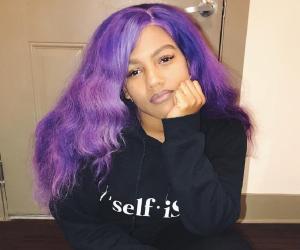