Advanced Search
Neerja Bhanot was a senior flight purser for Pan Am who was killed while saving passengers from heavily armed terrorists on board the hijacked Pan Am Flight 73 at Karachi airport on 5 September 1986. The flight, carrying among members of other nationalities, Indians, Germans, Americans, and Pakistanis, was supposed to depart for Frankfurt and onward to New York City. But shortly before take-off, the flight was hijacked while it was parked on the tarmac at Jinnah International Airport in Karachi. When the armed terrorists barged into the plane, the young woman displayed great presence of mind in alerting the cockpit crew who managed to escape. As the senior-most crew member remaining on board, Neerja took it upon herself to protect the lives of the passengers to the best of her abilities. The daughter of a journalist, Neerja had just escaped from an abusive marriage and was struggling to establish herself in a career. Becoming the senior flight purser for Pan Am at the young age of 22 was a big achievement for her and she took her responsibilities very seriously. She could have escaped along with the other staff but she chose to remain on board helping the passengers escape. The brave woman was killed while shielding three children from the terrorists. She was posthumously awarded India's highest peacetime military award for bravery, the Ashok Chakra. Max Ernst
7th September In History
DID WE MISS SOMEONE?
CLICK HERE AND TELL US
WE'LL MAKE SURE
THEY'RE HERE A.S.A.P
Quick Facts

Max Ernst
Childhood & Early Life
Neerja Bhanot was born on 7 September 1963, in Chandigarh, Punjab, India, to Rama Bhanot and Harish Bhanot, a Mumbai-based journalist. She was the couple’s third child, a much longed-for daughter after two sons, Akhil and Aneesh.
She completed her high school fromBombay Scottish School and graduated from St. Xavier’s College. She was a vivacious young girl, sensitive, caring, and cheerful.
Continue Reading Below
Career
She got married shortly after her graduation, but the marriage proved to be a disaster. After being abused by her husband for dowry, she separated from him and focused her efforts on building a successful career for herself.
Pretty and confident, she undertook some modeling assignments and appeared in many television commercials and print advertisements for companies such as Benzersarees, Binaca toothpaste, Godrej Besto detergent, Vaporex, and Vicco Turmeric cream.
She then applied for a flight attendant's job with Pan Am, the principal and largest international air carrier in the United States at that time. There were nearly 10,000 applications, but Neerja was easily selected among the top 80.
She was sent to Miami for training as a flight attendant and impressed her training instructors with her courage and zeal. She was soon made a senior flight purser with the airways—a big career achievement for a young woman of 22.
Pan Am Flight 73 Hijacking Incident
On 5 September 1986, Neerja Bhanot was on duty in the Pan Am Flight 73, parked on the tarmac at Jinnah International Airport in Karachi, preparing for take-off. The flight was flying from Mumbai to USA, carrying 361 passengers and 19 crew members.
All of a sudden, four armed men barged into the aircraft. Acting quickly, Neerja alerted the cockpit crew who evacuated the plane. Being the senior most staff on the hijacked aircraft, she took charge.
The hijackers—part of the terrorist Abu Nidal Organization backed by Libya—wanted to fly to Israel and crash the plane against a building. But it was not possible as the cockpit crew had already escaped.
The passengers on the plane hailed from different countries, there wereIndians, Germans, Americans, and Pakistanis, among others. The terrorists were more intent on targeting the Americans. When Neerja was told to collect the passports of the passengers, she hid the American ones so that the terrorists could not identify them.
The nightmare on the aircraft continued for long. The hijackers opened fire after 17 hours, prompting Neerja to open the emergency door. She could have escaped first, but chose not to. Instead, she helped the passengers escape. She was shot when she was shielding three children from the terrorists’ bullets after hours of saving the lives of several hostages.
Awards & Achievements
The Government of India posthumously awarded her the Ashoka Chakra Award (India's highest gallantry award for bravery in the face of the enemy during peace time). Just a day shy of her 23rd birthday at the time of her death, she became its youngest recipient.
In 2005, her brother went to Washington DC to receive the 'Justice for Crimes Award' awarded posthumously to her as part of the 'Annual Crime Rights Week'.
Personal Life & Legacy
Neerja had an arranged marriage in March 1985 and moved to the Gulf to be with her husband. The marriage, however, proved to be a disaster. While Neerja and her parents had cleared at the time of marriage that it would be a dowry-free marriage, the young bride was humiliated and tortured at her husband’s house for dowry. She chose to break free from this abusive marriage and returned to her parents in India.
Her parents set up the Neerja Bhanot Pan Am Trust with insurance money and funds from Pan Am for using the brand Pan Am in the title. The trust presents two awards every year, one to honor a flight crew member, worldwide, who acts beyond the call of duty and another to an Indian woman who overcomes social injustice and helps other women in similar social distress.
Trivia
One of the children who this brave flight purser saved during a hijacking incident in 1986 is now a captain for a major airline.
'Neerja' is a biographical film on Neerja Bhanot. Directed by Ram Madhvani, the film revolves around the actual hijacking of Pan Am Flight 73 in Karachi, Pakistan, and stars Hindi film actress Sonam Kapoor in lead role. The film also stars Shabana Azmi and Shekhar Ravjiani in supporting roles.

See the events in life of Neerja Bhanot in Chronological Order 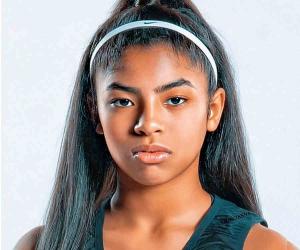