Jay Shetty is a British-born Indian host, storyteller, filmmaker, motivational speaker, and viral content creator. The award-winning monk-turned-social media influencer has also partnered with several multinational corporate houses and media organizations across the world. Since childhood, Jay was inclined toward philosophy and philanthropic activities. A tragic incident at the age of 16 gave a new direction to Jay’s life. Following his graduation, he became a monk and traveled across India and Europe. He then began sharing his experiences as a monk at universities and corporate organizations. Jay always aimed at spreading positivity and making people know the purpose of life. He was invited by the website 'HuffPost' to host one of their shows. Jay later started his video channel and grew his brand globally. He now uses 'Facebook' and 'YouTube' to spread his thoughts. This has earned him a huge fan base. 171
7th September In History
DID WE MISS SOMEONE?
CLICK HERE AND TELL US
WE'LL MAKE SURE
THEY'RE HERE A.S.A.P
Quick Facts 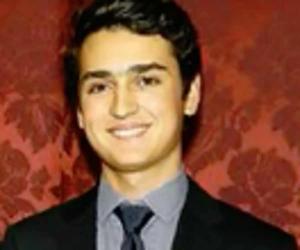 Henry Kissinger
Birth & Early Life
Jay was born on September 7, 1987, in London, UK. He is a British national of Indian origin. While growing up, Jay was shy and introverted but had a positive perspective toward life. He has been making efforts in bringing positivity to people around him since childhood.
Jay was an overweight nerd in school and was thus bullied on several occasions. However, he never let it affect him in any manner. In his teenage years, Jay displayed a keen interest in finding his identity and his purpose in life. Unfortunately, his adventures got him suspended from school a few times.
At the age of 16, a tragic incident made a profound impact on Jay’s mind. This eventually increased his urge to find the meaning and purpose of life. He lost two of his best friends, one in a car accident and the other in gang violence.
You May Like

Who Is The Most Popular BTS Member?
Continue Reading Below
Education & Life as a Monk
Jay is a first class BSc (Hons.) graduate from 'Cass Business School,' London, with a major in behavioral science. Following his graduation, at the age of 22, Jay traveled across India and Europe and began living as a monk. Jay had earlier met a monk who had inspired him to dedicate his life to serving people and to make a positive difference in their lives. He was 18 then. He had then decided to live a life devoid of the allure of power, fame, and money.
After he went to live as a monk in India, he stayed there for 3 years, helping people in establishing sustainable villages. He volunteered for many food-distribution programs and coached several young minds across the world about consciousness, well-being, and success. Jay gave up all his fancy clothes for robes, shaved his head, and lived in a gym locker. He would meditate for several hours a day. Jay experimented with ways to survive without food and water. He trained his mind and body to deal with extreme conditions. Jay also learned the ancient practice of controlling one’s mind and breathing movements.
As a monk, Jay studied the timeless philosophies and sciences of the East. He would spend half of his day focusing on personal growth and the other half focusing on philanthropic activities.
When Jay went back to London with his parents, he had no money or career. He spent the next 9 months there learning about the world he had left behind long back. His friends from business school began inviting him to their companies to deliver speeches on internal wellness.
Career
Jay began his career as a motivational speaker. He started sharing his experiences as a monk at universities and multinational corporate houses. He has delivered speeches at 'Google,' 'L’Oreal,' 'Facebook,' 'Coca-Cola,' 'HSBC,' 'EY,' 'Microsoft,' 'Accenture,' and 'Nasdaq.' After appearing as an orator at universities and corporate organizations for a while, Jay decided to reach out to a wider audience and to people who were unable to meet him in person. Hence, he launched a self-titled 'YouTube' channel in September 2013. The channel hosts several motivational videos focusing on various aspects of life and human behavior. The channel has over a million subscribers.
Jay earned the third position at the 2015 'Guardian Rising Star Award' ceremony. In 2016, syndicated columnist and businesswoman Arianna Huffington invited Jay to host American news and opinion website 'HuffPost’s lifestyle section in New York. In September that year, he moved to New York. He became the host of the daily 'HuffPost Live' show '#FollowTheReader' and interviewed many well-known people, such as Russell Simmons, Tim Ferris, and Deepak Chopra. Other organizations that Jay has partnered with and has created content for are 'Snapchat,' 'Facebook,' 'National Geographic,' and 'Nasdaq.'
The same year, Jay launched his 'Facebook' video channel, which has earned over 19 million followers to date, making him one of the most-viewed social-media stars in the world. He also has an 'Instagram' account that has earned over 2 million followers to date. In 2016, he won the 'ITV Asian Media Award' for the 'Best Blog.' In 2017, Jay was featured in the 2017 edition of 'Forbes 30 Under 30’ for his remarkable achievements as a motivational social-media influencer. 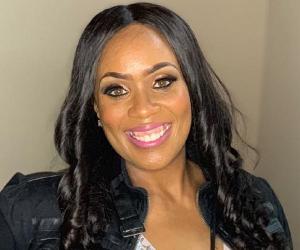