Advanced Search
Morgan Freeman is an Academy Award-winning actor, best known for his brilliant performances in movies like ‘Million Dollar Baby,’ ‘Street Smart,’ and ‘Driving Miss Daisy.’ He loved acting from childhood and won a state wide drama competition when he was just 12. Even though acting was always his first love, he was unsure of pursuing it as a career and instead chose to serve as a radar technician in the ‘United States Air Force.’ But, he soon realized that acting was his true passion and took acting and dancing lessons. He made his acting debut as a stage actor in the touring company version of ‘The Royal Hunt of the Sun.’ He got his big break when he was cast in the all African-American Broadway production ‘Hello, Dolly!’ which got his performance noticed. Gradually, he made his transition into movies, first appearing in a number of minor roles before landing substantial roles. His movie career took-off in the mid-1980s when the actor was approaching 50. He was often selected to play wise, fatherly characters because of his age and looks. His amazing performances have earned him several prestigious awards, including ‘Academy Award,’ ‘Screen Actors Guild Award,’ and ‘Golden Globe Award.’ Tom Cruise
1st June In History
DID WE MISS SOMEONE?
CLICK HERE AND TELL US
WE'LL MAKE SURE
THEY'RE HERE A.S.A.P
Quick Facts

American People
Directors
American Men
Tennessee Actors
Tall Celebrities
Childhood & Early Life
Morgan Freeman was born on June 1, 1937, in Memphis, Tennessee, USA, to Mayme Edna and Morgan Porterfield Freeman. His mother was a teacher and father, a barber. He was sent to live with his grandmother when he was still a toddler; he started living with his parents years later.
He loved movies and acting from a young age. He would often save money to watch movies and idolized actors like Gary Cooper and Sidney Poitier. He also acted in various dramas in school.
He attended ‘Broad Street High School’ in Mississippi and won a state wide drama competition when he was 12. He graduated high school in 1955.
He received a partial drama scholarship from ‘Jackson State University’ but he turned it down. 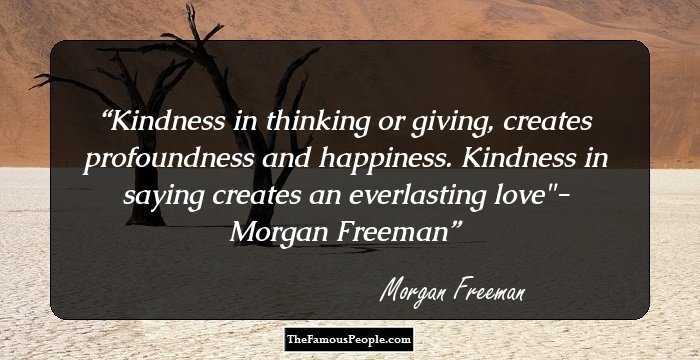 Quotes: Happiness
Continue Reading Below
Career
He joined the ‘U.S. Air Force,’ hoping to be a fighter pilot. He was, however, relegated as a mechanic and radar technician. He quit his military service in 1959 upon realizing that this was not what he wanted to do.
He moved to Los Angeles and took acting and dancing classes during the early 1960s at the ‘Pasadena Playhouse.’ During the mid-1960s, he joined the ‘Opera Ring’ musical theater group and became part of the touring company version of ‘The Royal Hunt of the Sun.’
He made his off-Broadway debut in 1967. This led to his Broadway debut in 1968 in an all-black version of ‘Hello Dolly!’ which also starred Pearl Bailey.
Starting from 1971, he began appearing regularly on children’s television program ‘The Electric Company,’ an educational program aimed at teaching children how to read. The show ran for six seasons till 1977.
His film career began to take off only in the 1980s. Initially, he would be cast to play minor roles in films like ‘Brubaker’ (1980), ‘Eyewitness’ (1981), ‘Harry & Son’ (1984), and ‘Marie’ (1985).
He got his first big break in 1987 when he was cast as the violent pimp ‘Fast Black’ in ‘Street Smart.’ The role earned him positive reviews and an ‘Academy Award’ nomination for ‘Best Supporting Actor.’
In 1989, he starred in the comedy drama film ‘Driving Miss Daisy,’ which was adapted from a play of the same name. Freeman portrayed ‘Hoke Colburn’ and his performance was much appreciated.
The prolific actor appeared in several movies throughout the 1990s. The most notable among these was ‘The Shawshank Redemption’ (1994), which was based on Stephen King’s novella ‘Rita Hayworth and Shawshank Redemption.’
He played ‘God’ in the 2003 super-hit film ‘Bruce Almighty,’ which also starred Jim Carrey, Steve Carell, and Jennifer Aniston. He reprised this role in the film’s sequel ‘Evan Almighty’ in 2007.
Continue Reading Below
He acted in the sports drama film ‘Million Dollar Baby’ in 2004, in which he played ‘Eddie ‘Scrap-Iron’ Dupris,’ a former boxer. His performance in ‘Million Dollar Baby’ is often regarded as his finest.
In 2009, he portrayed former South African President ‘Nelson Mandela’ in the Clint Eastwood-directed sports drama film ‘Invictus.’ Freeman stated that it was his fondest dream to play Nelson Mandela on screen.
Freeman went on to star in projects such as ‘Now You See Me’ (2013) and ‘Now You See Me 2’ (2016). In the 2014 blockbuster film ‘The Lego Movie,’ he voiced the character of ‘Vitruvius.’
In the late-2010s, he was seen in films like ‘Just Getting Started’ (2017), ‘Brian Banks’ (2018), and ‘The Poison Rose’ (2019). He has also been part of a TV documentary titled ‘The Story of God with Morgan Freeman.’
He has reprised his role as ‘Allan Trumbull’ in movies like ‘Olympus Has Fallen’ (2013) and ‘London Has Fallen’ (2016). He reprised the role in the 2019 Ric Roman Waugh-directed action thriller film ‘Angel Has Fallen,’ which also starred actors like Gerard Butler, Danny Huston, and Michael Landes.
In 2019, he was cast to play an important role in the action comedy film ‘The Hitman’s Wife’s Bodyguard.’ The same year, he was cast alongside Robert De Niro and Tommy Lee Jones in a comedy film titled ‘The Comeback Trail.’ 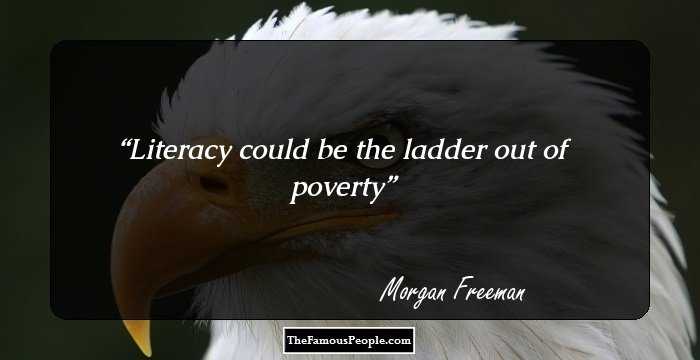 Major Works
His role as an elderly former boxer in the film ‘Million Dollar Baby’ received huge acclaim, and earned him several prestigious awards.
He portrayed former South African President ‘Nelson Mandela’ in the film ‘Invictus,’ which was based on the events that unfolded in South Africa before and during the 1995 ‘Rugby World Cup.’ He was nominated for the ‘Academy Award’ for ‘Best Actor’ for his performance in the film.
Continue Reading Below
Awards & Achievements
He won the ‘Golden Globe Award’ for ‘Best Performance by an Actor’ for his film ‘Driving Miss Daisy’ in 1990.
He won the ‘Academy Award’ for ‘Best Supporting Actor’ for the 2004 movie ‘Million Dollar Baby.’
He was presented with the ‘American Film Institute Lifetime Achievement Award’ in 2011. This award is given to honor a single individual for his or her lifetime contribution to enriching American culture through motion pictures and television.
‘The Cecil B. DeMille Award,’ an honorary ‘Golden Globe Award’ was bestowed upon him by the ‘Hollywood Foreign Press Association’ for ‘outstanding contributions to the world of entertainment’ in 2012.
He has received honorary degrees from ‘Delta State University’ and ‘Boston University.’ He is also the recipient of ‘Lifetime Achievement Award,’ which was presented to him by the ‘Screen Actors Guild Academy.’ In 2014, ‘Freedom of the City’ was bestowed upon him by the city of London. 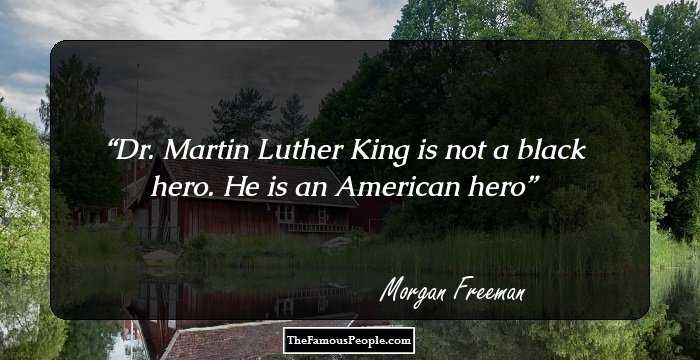 Family, Personal Life & Legacy
He married Jeanette Adair Bradshaw in 1967 and divorced her in 1979.
His got married for a second time to Myrna Colley-Lee in 1984. The couple divorced in 2010.
In May 2018, he was dragged into a major controversy when several women accused him of sexual harassment and inappropriate behavior.

Quotes By Morgan Freeman | Quote Of The Day | Top 100 Quotes

See the events in life of Morgan Freeman in Chronological Order