Miyuki Sawashiro, fondly referred as Miyukicchi, is a voice actor from Japan whose long and illustrious career has landed her prestigious movies, anime series, and video game roles. Her famous credits include the anime series ‘Psycho Pass’, ‘K’, ‘Angel Beats’, and ‘Sword Art Online’. Apart from being a voice actor, she has several dubbing performances, including ‘Kamen Rider: Dragon Knight’, ‘My Little Pony’, and ‘Over the Garden Wall’. Swashiro’s most famous voice over is as Kiva La in the Kamen Rider franchise. Apart from these, she’s actively involved in dubbing international Hollywood hits such as Suicide Squad’ and ‘Thor: Ragnarok’ for the Japanese audience. Her popularity earned her many awards, including the Seiyuu Award three times. She remains a prolific voice actor who has managed to find her niche in the entertainment industry. She is currently represented by Aoni Production. 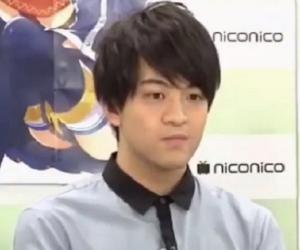 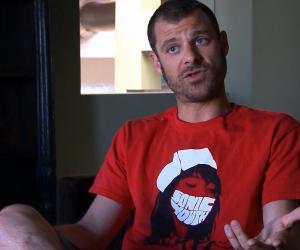 Japanese People
Female Voice Actors
Japanese Voice Actors
Japanese Female Voice Actors
Women Film & Theater Personalities
Career
Sawashiro began her career in 1999 with ‘Di Gi Charat’, a manga and anime series by Koge-Donbo where she was cast as Puchiko. She received her initial training from Mausu Promotion’s vocational institute as she was inexperienced at this point. She joined Theater Gekindango to learn stage acting in order to boost her career. As Sawashiro could converse in both Japanese and English, she had the upper edge at most of her auditions and thus landed many roles. While the bulk of her performances were mostly concentrated in TV animation, Swashiro eventually branched out and started working for video games, theatrical animation, and eventually started dubbing for international hits.
Her most popular voiceovers include her characters as Mint Blancmanche in ‘Galaxy Angel’, Shinku in ‘Rozen Maiden’, Lag Seeing in ‘Letter Bee’, Carl Clover in the Blazblue series, Perrine H. Clostermann in ‘Strike Witches’ and Cammy White in ‘Street Fighter IV’. In the extremely popular Kamen Rider franchise, Kawashiro voiced for Kiva La and Kase in the movies ‘Kamen Rider Decade’ and ‘Kamen Rider: Dragon Knight’. Apart from these Japanese movies, her voice has also appeared in critically acclaimed international films. She would voice Irene Adler in the ‘Sherlock Holmes’ movies, Rita Repulsa in ‘Power Rangers’, Dr. June Moone in ‘Suicide Squad’, and Valkyrie in ‘Thor: Ragnarok’. In 2016, she voiced for Arma in the live action film ‘Death Note: Light Up the New World’.
She voiced for Sergeant Laureline in the dubbed 3D space opera film ‘Valerian and the City of a Thousand Planets’ in 2017. In 2018, she would be a part of ‘GeGeGe no Kitarō’, ‘Devils' Line’, and ‘Wotakoi: Love is Hard for Otaku’.
Her versatile performances have earned her many awards. She won the Best Leading Actress, Overseas Fans Choice, and Best Supporting Actress awards at the Annual Seiyuu Awards in 2009, 2010, and 2014, respectively. She was also ranked number 4 on the list of Most Popular Josei Seiyuu (Voice Actress) on Charapedia in 2016. Later, she ranked at number 1 in the Female Seiyuu category on Web Newtype Anime Award in 2016. She remains the voice behind many of Japan’s beloved female characters. Even though Sawashiro’s role is behind the camera, she is often sought out by her fans. Her uncontested success coupled with her longstanding career in the voice industry has ensured Sawashiro’s popularity in contemporary entertainment.
You May Like

Japanese Film & Theater Personalities
Japanese Female Film & Theater Personalities
Gemini Women
Continue Reading Below
Personal Life
Miyuki Sawashiro was born on June 2, 1985 in Tokyo. Her younger brother, Chiharu Sawashiro, is also a voice actor. Miyuki helped her brother Chiharu to become a voice actor as she had already undergone vocational training; her support eventually transformed Chiharu’s career. Miyuki Sawashiro has also stated that she is close to her family and considers her parents to be her best friends. She enjoys shopping and playing the piano. Regarding her relationships, she announced that she has registered her marriage on June 2, 2014. However, she did not divulge any details about her husband stating that he is not popular and does not work in the entertainment business.
Trivia
Sawashiro had enrolled herself in an exchange program at Pennsylvania, where she learnt to speak fluent English. In her spare time, she regularly watches English musicals and visits the United States to continue learning the language.
You May Like 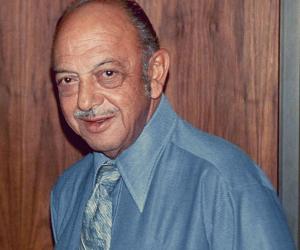 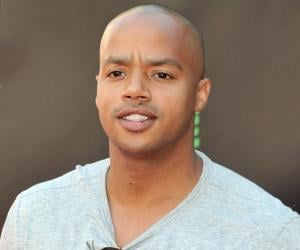