Eight-year-old Millie Bobby Brown moved to Orlando, Florida, with her family in 2012, and enrolled at an acting workshop to tide by the lazy weekends. She instantly stood out and a top Hollywood talent scout noticed her. "She has instincts you cannot teach,” he said to Millie’s parents and urged them to support her acting talents. Her parents promptly packed the family up and moved to Los Angeles, where Millie started meeting with Hollywood’s top children’s talent agencies. Talented as she is, she landed the role of Madison O'Donnell in BBC America's show, ‘Intruders’ just off a home-shot audition tape in November 2013. The producers didn’t even need a face-to-face meeting as they normally insist on! The uber-talented child actor has outshone even veteran actors by her controlled yet intense performance as Eleven in Netflix’s sci-fi drama series ‘Stranger Things.’  ‘Variety Magazine’ commended Millie for ‘the kind of presence some actors take a lifetime to acquire. She is about to be cast in a lot of projects.’ From chic fashion statements to music videos, she is proving to be a major source of inspiration to children and grownups alike. She has garnered over 57.7 million followers on Instagram. Alex Kingston
DID WE MISS SOMEONE?
CLICK HERE AND TELL US
WE'LL MAKE SURE
THEY'RE HERE A.S.A.P
Quick Facts

Millie started debuted as Alice in the ABC fantasy drama ‘Once Upon a Time in Wonderland’ in 2013. Following this, she bagged the lead role of Madison O’Donnell in the BBC America paranormal drama-thriller series ‘Intruders.’ She also bagged small roles in popular sitcoms like ‘NCIS,' ‘Modern Family,’ and ‘Grey’s Anatomy.’ She catapulted into overnight stardom after appearing in the Netflix sci-fi drama ‘Stranger Things.’ Her portrayal of 'Eleven' (011) was unanimously acclaimed. Eleven is a young girl who has acquired psychokinetic powers as a result of some secret government experimentation program. She mysteriously appears in the sleepy little town of Hawkins, Indiana, and the story spins off from there. Makers of the show, Matt and Ross Duffer, were reportedly having a tough time casting for the character. “She has to convey many emotions with very little dialogue. Child actors, even the great ones, almost always have difficulty listening. They're able to deliver their lines well, but to stay fully in character in a scene when they're not talking… that's another skill set entirely." Their prayers were answered when Millie walked in! Rotten Tomatoes rates the series at 95%, and Steven Spielberg touted it as his favorite TV show. Her character in ‘Stranger Things’ has inspired much fan art, including tattoos. Fans even dressed up as 'Eleven' in the trademark pale pink sack dress this Halloween.

My other children would watch cartoons, but Millie watched musicals – ‘Chicago’, ‘Moulin Rouge,’ ‘Annie,’ and ‘Bugsy Malone.’ She was performing from day one.’ says Millie’s father, Robert Brown. With an adorable British accent, comes off as precocious, yet her big, beautiful eyes speak of her innocence. There is no doubt about her talent after she mastered the complex role of 'Eleven' with such elan. Like her onscreen avatar, she comes off as a caring person, which she says is the only thing she has in common with Eleven. A deceptively old soul, this young actress is being touted the latest “It” girl for all the right reasons. She already has graced the covers of two magazines,‘Interview Magazine,’ and ‘So It Goes.' She is emerging as a major fashionista although she confessed she “hates shopping.” The way she rocked the gorgeous Red Valentino embroidered tulle gown at the Emmy awards was an absolute treat. She handled the shearing off of her long stresses for the sake of her character in ‘Stranger Things’ like a Boss!! She absolutely rocks Nikki Minaj’s verse from ‘Monster’ at ‘The Tonight Show’ Starring Jimmy Fallon! Her rendition of ‘Uptown Funk’ at the 'Emmy Awards' left us wondering about a possible career in music for the cute actor. Her Eleven avatar wanders around neon-lit city streets lip syncing to ‘Find Me,’ the brand new single by British singer Birdy with DJ-duo Sigma.

The down-to-earth actor admits that she never thought this much fame would happen to her. "It’s a pinch-me moment,” says Millie Bobby Brown. She shares a very close bond with her family and likes nothing better than a Sunday roast dinner followed by a film. Her elder brother manages her Twitter account while her elder sister is in charge of her Instagram. She admits that she can probably live without her phone. As a child she moved around a lot. She was born in Marbella, Spain, and has since lived in Bournemouth (England), Orlando (Florida, USA), and Vancouver (Canada). She practices Thai boxing every day and loves singing. Her favorite fashion brands are Burberry, Stella McCartney, and Coach. She shares a very special friendship with co-star Winona Ryder.

The glamour of stardom dazzles us to believe life is all hunky dory for these stars, but the truth is they are as much human in their struggles as us ordinary people. Her family moved to Los Angeles from Orlando, Florida, to support Millie’s acting career. Millie landed bit roles in TV series, but kept on missing big castings despite being shortlisted. Money became very tight and the family had to borrow some to keep their daughter’s dream afloat. The family accepted defeat and moved back to the UK when the money ran out. ‘I was devastated. I wasn’t getting work. I thought I was done,’ admits Millie. After multiple rejections by casting agents for seeming too mature and grownup, she finally landed the ‘Stranger Things’ audition. ‘I had to cry in the audition. My emotions were so raw, I hit it out of the park.’ remembers the young actress. The show transformed her career and the family flew back to the US.

Trivia
Millie is an avid football fan and roots for Liverpool FC. 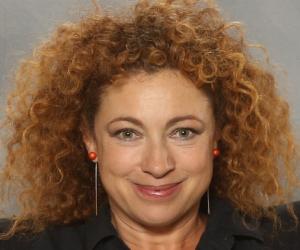