(Actress Best Known for Her Films: 'Beetlejuice', 'The Age of Innocence' and 'Little Women')

Winona Ryder is a versatile actress who won several awards and accolades, including a 'Golden Globe Award,' for portraying a variety of roles over a wide genre of films that include comedy, horror, drama, and science fiction. She entered Hollywood as a teenager and made her debut in the film ‘Lucas’. As a young woman, she gained the reputation for taking on quirky roles in films like ‘Heathers’ which dealt with teenage suicide and the horror film ‘Bram Stoker’s Dracula’. As she matured she expanded her horizon and began accepting different and challenging roles. She is one of the few actresses who successfully made the transition form being a teenage wonder into a mature character actor. Her versatility and penchant for playing diverse roles ensured that there was never a shortage of interesting roles for her to choose from. The daughter of a video producer, she developed an early fascination with cinema and started attending acting classes when she was twelve years of age. She found her first film role as a teenager when she was chosen to play Rina in the film ‘Lucas’. Even though her big screen debut was not considered a hit, it sure became the launch pad for her career. Bigger roles soon followed and soon Winona made a name for herself in Hollywood. She has been nominated for a 'Screen Actors Guild Award.' She earned critical acclaim and nominations for 'Academy Award,' for her roles in 'Little Women' and 'The Age of Innocence.' She became an avid reader as a young girl and developed an interest in acting after her mother showed her some movies.

She enrolled at the American Conservatory Theater to receive acting lessons when she was twelve. She graduated from Petaluma High School in 1989. 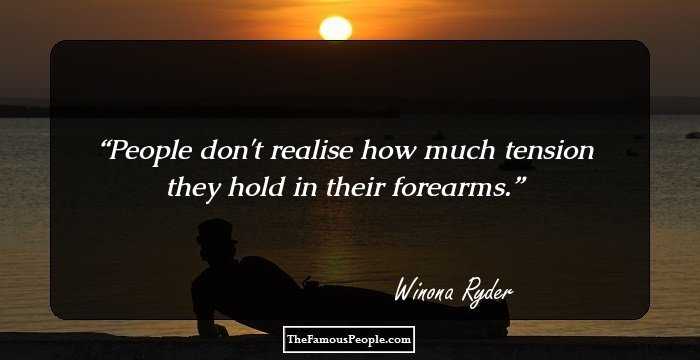 Winona Ryder landed her first screen role in 1986, when she was chosen to play a small role in the coming-of-age film ‘Lucas’. It was during this time that she adopted the screen name Winona Ryder.

Her first substantial role came in the form of the character Veronica Sawyer in the black comedy 1988 ‘Heathers’ which parodied teenage suicides. Her performance was critically appreciated and the film soon achieved cult status.

She played Kim, the love-interest of an artificial man named Edward in the romantic fantasy film ‘Edward Scissorhands’ in 1990. The movie was directed by Tim Burton and starred Johnny Depp in the title role. The film was a big commercial hit.

She appeared in the Award winning movie ‘The Age of Innocence’ in 1993, which had been adapted from Edith Wharton’s novel of the same name. She was nominated for the Academy Award for Best Actress in a Supporting role.

In 1994, she played the tempestuous Jo in the movie ‘Little Women’ along with Trini Alvarado, Claire Danes and Kirsten Dunst. Ryder was nominated for an Academy Award for the Best Actress for this role.

She turned executive producer with the 1999 drama film, ‘Girl, Interrupted. She played Susanna Kaysen in the adaptation of her memoir of the same name. The supporting cast included Angelina Jolie, Brittany Murphy and Vanessa Redgrave.

Ryder was arrested on shoplifting charges in 2001, and was also accused of using drugs like Vicodin and oxycodone without valid prescriptions. She was convicted of grand theft and vandalism and sentenced to three years probation in 2002. She remained on probation till December 2005.

After the completion of her probation, she tried to stage a comeback in 2006. She appeared in the black comedy ‘Sex and Death 101’ in 2007. However she could not resurrect her career and could find only minor roles after her comeback.

In 2010, she played Lois Wilson in the television movie ‘When Love Is Not Enough: The Lois Wilson Story’ which premiered on CBS. In the movie she portrayed the role of a college-educated woman who marries a man of modest means and how the two go about building their lives together. 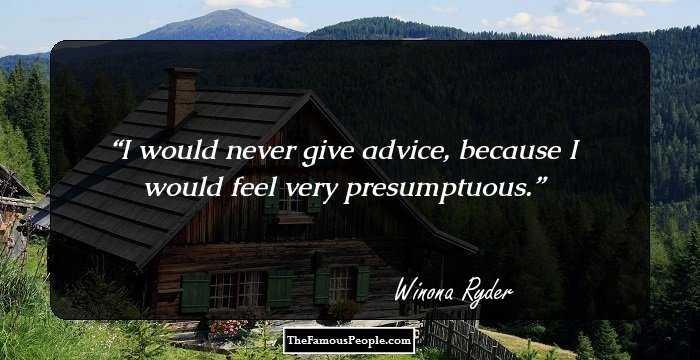 Her role of May Welland in the movie ‘The Age of Innocence’ was much appreciated and earned her an Academy Award nomination. She played a beautiful yet conventional socialite in the movie whose fiance has second thoughts about marrying her.

Gillian Armstrong’s movie ‘Little Women’ is also among Ryder’s major works. She played Josephine March in the film adaptation of the novel of the same name for which she was critically acclaimed.
Awards & Achievements
She won the Golden Globe Award for Best Supporting Actress – Motion Picture and the National Board of Review Award for Best Supporting Actress for the movie ‘Age of Innocence’ (1993). 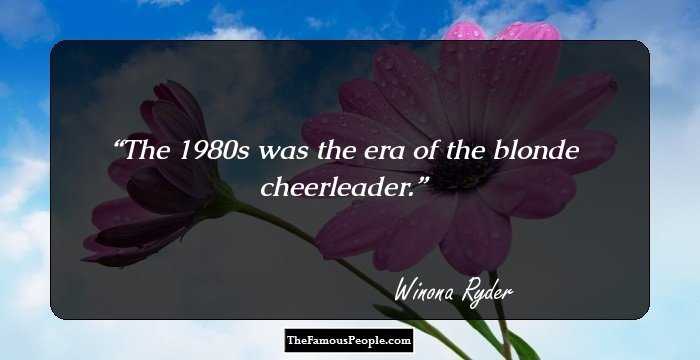 She was in a relationship with Dave Pirner, the lead singer of Soul Asylum for three years before dating actor Matt Damon for two years. Since 2011, she has been dating fashing designer Scott Mackinlay Hahn.

The psychedelic guru, Timothy Leary was this pretty actress’s godfather.

Quotes By Winona Ryder | Quote Of The Day | Top 100 Quotes

See the events in life of Winona Ryder in Chronological Order 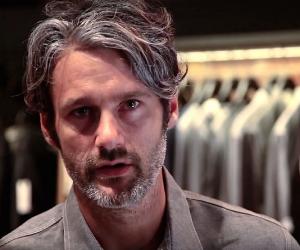