Mickey Hargitay was an American actor who worked as an acrobat in Hungary before moving to the US. Before joining Hollywood, he won many titles in bodybuilding, including the National American Body Builders Association (NABBA) Mr. Universe 1955. Hargitay was born in Budapest to an athletic father. In his younger days, he was a skilled football player and a champion ice skater. He and his brother Eddie Hargitay performed acrobatic acts throughout Hungary. He was also an underground fighter during World War II. Later, Hargitay moved to the U.S to avoid being drafted into the military. He walked into a gym out of curiosity and it led to his bodybuilding career, the success of which matched the accomplishments of his inspiration and idol, Steve Reeves. He was spotted by Mae West who asked him to join her team of musclemen in her Las Vegas night club, the ‘Mae West Revue’. It was there that he met Broadway novelty Jayne Mansfield, who he married amid much publicity. They appeared together in a number of films. They lived in a mansion called ‘Pink Palace’ in Beverley Hills, which had the famous heart-shaped swimming pool. He continued acting for a few years after divorcing Jayne Mansfield. Then he became a successful contractor and real estate investor. 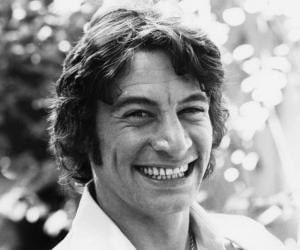 American Celebrities
Hungarian Celebrities
American Men
Hungarian Men
Tall Celebrities
Tall Male Celebrities
Childhood & Early Life
Mickey Hargitay was born on January 6, 1926, to Ferenc Hargitay and Maria Rothsischer Hargitay in Budapest, Hungary. His athletic father made sure that he and his three siblings received a comprehensive sports training in their childhood.
Mickey Hargitay and his brother Eddie were part of an acrobatic troupe that performed all over Hungary.
Hargitay was introduced to speed skating by his brother. In 1946, he won the Middle European Championship at 500 and 1500 meters and stood 2nd in the 5,000-meter race. He was also a good soccer player.
In his teens, during World War II, he joined the anti-Nazi resistance and became an underground fighter. After the war, when the communists were taking over, Hargitay moved to the United States to avoid being drafted into the military. He left Hungary in 1947.
Continue Reading Below
You May Like

Who Is The Most Popular BTS Member?
Career
When Mickey Hargitay emigrated to the United States, he initially lived in Cleveland, where he did acrobatics and also worked as a plumber and carpenter. He married a fellow acrobat named Mary Birge.
When Hargitay saw the picture of Steve Reeves on a magazine cover, he got inspired by the muscleman and developed an interest in bodybuilding. He walked into a gym out of curiosity and that was the beginning of his illustrious bodybuilding career. He discovered the joys of muscle training and toning.
He won the National Amateur Body Builders Association’s Mr. Universe title in 1955. He was named Mr. America and Mr. Olympia in the same year. He also won the titles of Mr. Indianapolis and Mr. Eastern America.
In 1955, when Mae West saw him on the October 1953 cover of Strength and Health Magazine, she asked him to join her team of musclemen for her stage show. Clad in G-strings, Hargitay started appearing before cosmopolitan crowds in her Las Vegas night club, the ‘Mae West Revue’.
Hargitay was picked out of Mae West's chorus line by actress Jayne Mansfield in 1956 when he was performing in a Mae West show at the Latin Quarter. Hargitay married Jayne Mansfield in 1958 amid much publicity.
Jayne Mansfield started demanding the production companies to cast Mickey Hargitay in her films. Thereafter, Hargitay and Mansfield appeared together in a number of films.
‘Will Success Spoil Rock Hunter’ (1957) was Hargitay's debut film as well as his first film with Jayne Mansfield. He did another film called ‘Slaughter in the Tenth Avenue’ in 1957. In 1960, Hargitay and Mansfield played the lead roles in ‘The Loves of Hercules’, in which Hargitay mimicked his idol Steve Reeves. The movie was released in the United States in 1966.
Hargitay and Mansfield appeared together in the movies ‘Promises! Promises!’ (1963) and ‘L'Amore Primitivo’ (1964).
In 1965, Hargitay played the lead role in ‘Bloody Pit of Horror’ without Mansfield. He later appeared in a half dozen Italian films and horror movies.
Continue Reading Below
His last acting appearance was in 2003 in an episode of ‘Law & Order: Special Victims Unit’ with his daughter Mariska Hargitay who was the star of the series.
Family & Personal Life
Mickey Hargitay married fellow acrobat Mary Birge in 1948. Their daughter Tina Hargitay was born in 1949. Hargitay divorced Birge on September 6, 1956, after he met Jayne Mansfield.
He was spotted by Jayne Mansfield in 1956 when he was performing with a team of musclemen in Mae West’s New York night club. They got married on January 13, 1958, amid much publicity.
Hargitay and Mansfield were parents of two sons and a daughter. Miklos Jeffrey Palmer Hargitay was born on December 21, 1958, Zoltan Antony Hargitay was born on August 1, 1960, and Mariska Magdolina Hargitay was born on January 23, 1964.
Hargitay remodeled his Beverly Hills mansion, which was earlier known as the ‘Pink Palace’. It was famous for its heart-shaped swimming pool.
Hargitay and Mansfield divorced in 1964. Jayne Mansfield, at 34, was killed in an accident when her car was hit, head on, by a semi-tractor trailer truck in 1967. Hargitay was shocked by her gruesome death.
Hargitay married Ellen Siano in September 1967. He lived with Siano for 39 years, until his death.
Hargitay died on September 14, 2006, in Los Angeles, California, at the age of 80, due to multiple myeloma.
Trivia
Mickey Hargitay was a magnificent individual with a positive attitude. His handsome face and well-chiseled body adorned many fitness magazine covers back in the day.
When Jayne Mansfield saw Hargitay in Mae West's New York nightclub act, she reportedly told a waiter in the club, “I'll have a steak and the man on the left". She got married to him in 1958.
Hargitay was inducted into the Muscle Beach Venice Bodybuilding Hall of Fame in May 2006.
Recommended Lists:
Film & Theater Personalities #3292
You May Like

See the events in life of Mickey Hargitay in Chronological Order 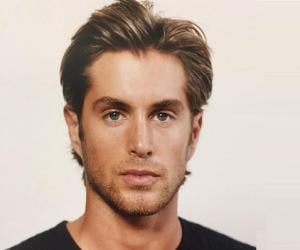