Mehran Karimi Nasseri is an Iranian refugee who literally lived at Paris’ Charles de Gaulle Airport from August 1988 until July 2006. Also known as Sir, Alfred Mehran (the comma isn’t a typo), Mehran’s story is one of a kind, and so fascinating that Steven Spielberg actually made a hit movie based upon his experiences - Remember ‘The Terminal’? The reason behind him spending almost two decades at Terminal 1 of the Charles de Gaulle Airport is that he wasn’t allowed by the authorities to step out of the airport. He had lost his passport as well as other documents, while he was on his way to London from Paris, and thus, wasn’t allowed to enter the country. He, therefore, returned to Paris, but since he had no legal documents, he was arrested by the officials as soon as he reached Paris. However, since he had entered Paris legally, he was released but had nowhere to go. The only place he could legally stay was at the departure lounge of Terminal one of the airport, and so he did. From that moment, he became the man with no country - claimed by no one. 913
DID WE MISS SOMEONE?
CLICK HERE AND TELL US
WE'LL MAKE SURE
THEY'RE HERE A.S.A.P
Quick Facts 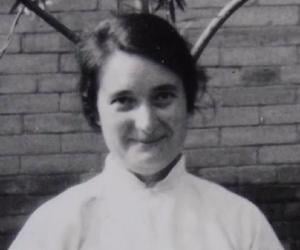 Lou Ferrigno
Childhood & Early Life
Nasseri was born in 1942 in the Anglo-Persian Oil Company settlement in Masjed Soleiman, Iran. His mother was a Scottish nurse while his father was an Iranian physician working for the company.
In 1973, he moved to the United Kingdom to study Yugoslav at the ‘University of Bradford’. After completing his education, he went back to Iran, and came to know about the protests taking place against Mohammad Reza Shah.
He decided to join the revolution. Due to his political views and protests, he was eventually expelled from Iran in 1977.
After a constant struggle for a long period of time, he was finally granted the status of a refugee by the United Nations High Commissioner for Refugees (UNHCR) in Belgium.
He was given the right to live and travel across Europe, and so he decided to live in the UK. He moved to the UK in 1986, and further decided to settle in London around 1988.
Continue Reading Below
You May Like

The Sexiest Men Of 2020, Ranked
A Lost Suitcase Turned His Life Upside Down
In an unfortunate turn of events, Nasseri’s suitcase was stolen while he was still in Paris. His suitcase contained his passport as well as other legal documents. Despite lost papers, he travelled to London with the hope that the authorities will listen to his plea, and help him find a solution. But nothing like happened at the Heathrow airport in London.
He was sent back to Paris, as he didn’t have any of the required documents. He returned to Paris’ airport but faced a strange situation.
He was arrested for having no documents. The silver lining was that he had travelled to Paris on legal terms, so he was released. It was surmised that he had nowhere to go but stay at the airport itself.
His case was further taken by Christian Bourget, a human rights lawyer in 1992, but the court ruled that he won’t be allowed to enter Paris unless he has his documents. The same court also ruled that he cannot be asked to leave the terminal or expelled from the airport.
That was the beginning of him becoming an urban legend at the departure lounge of Terminal one of the Charles de Gaulle Airport.
Living At The Airport For More Than A Decade
Nasseri got trapped at the airport on 26th August, 1988, and for the next 17 years, he continued living there.
His routine included waking up at 5.30 and using the washroom before the arrival of passengers. He used travel kits to brush his teeth and trim his beard.
He was adopted by the airport, and was offered food and meal vouchers by airport personnel. He had his own table and chair where he used to watch the passengers moving, planes flying, and days passing, as he read his favorite books.
He also used to indulge into conversations with passersby, and staff of the airport. He used to wash his clothes late at night in the washroom.
Continue Reading Below
Even after spending so many years living at the airport, Nasseri was always been very soft-spoken and took care of his personal hygiene. Keeping his dignity intact, he many a time turned down money and clothes offered to him by people.
The Saga Finally Ended
While the court had allowed Nasseri to stay at the airport in 1992, he struggled to get the Belgium refugee officials to mail Nasseri’s documents. They asked Nasseri to physically present himself to them, so that they can be sure that he is the same man.
It was not possible for Nasseri to prove to the Belgium government that he was the same man who had been granted political asylum, since as per Belgium’s law, a refugee who voluntarily leaves the country cannot return.
In 1995, the Belgium government agreed to send him his original documents, but there was a condition - he was asked to live in Belgium under the supervision and control of a social worker. Nasseri decided not to go further with their proposal and continued living at the airport.
It wasn’t until 1999 that he was finally granted the permission to not only move out of the airport, but also travel freely to any part of Europe. The only problem was that he didn’t want to move out!
His reason was that his name was listed as an Iranian in the document. He wanted it to be British!
The medical doctor of the airport said that he was scared to leave the bubble, as it cannot be easy for any person to deal with such a major change after a decade of living in a situation that is far from normal.
Personal Life
During 2006-2007, Nasseri was hospitalized and was looked after by the airport’s French Red Cross. He was transferred to a charity centre in Paris, and he’s been living there since then.
His story was the inspiration behind the 2004 blockbuster, ‘The Terminal’. He was reportedly paid US$250,000 by the production company, DreamWorks, to buy the rights of his life story. His story also inspired the 1994 French film ‘Tombés du ciel’, which was also released under the title, ‘Lost in Transit’ all around the world.
His autobiography, ‘The Terminal Man’, was also published in 2004. It was co-authored by British author Andrew Donkin, and received positive reviews by some of the biggest newspapers and magazines, including the UK’s ‘Sunday Times’.
‘Waiting for Godot at De Gaulle’ (2000), ‘Here to Where mockumentary’ (2001) and ‘Sir Alfred of Charles De Gaulle Airport ‘(2001), are a few documentaries based on the life of Nasseri.
Many short stories (based on his life) have also been published in magazines like GQ. His story was also an inspiration behind ‘Flight’, a contemporary opera that won the Helpmann Award at the Adelaide festival Theatre in 2006.
You May Like