Bob Lazar is an American conspiracy theorist, ufologist, and former film processor, who owns the firm 'United Nuclear Scientific Equipment and Supplies.' He came under the spotlight after he gave an interview to a Las Vegas TV channel, talking about his association with a project related to alien spacecrafts. Lazar said that he was employed by a 'Nellis Air Force Base' subsidiary to assist in reverse-engineering an extra-terrestrial spacecraft, a claim that the 'United States Air Force' rejected. He has also claimed to have discovered an element that can provide fuel to spacecrafts. Lazar's claims have stirred several controversies and have drawn a lot of criticism. However, he has never claimed to have any proof to support his claims. Despite being criticized, several conspiracy theorists and para-scientists regard him one of the most prominent personalities associated with “Area 51” and alien technology. Lazar has also made several claims regarding his personal life and academic details. In the past, he has been convicted of being involved in a prostitution ring and shipping illegal chemicals. Sydel Curry
DID WE MISS SOMEONE?
CLICK HERE AND TELL US
WE'LL MAKE SURE
THEY'RE HERE A.S.A.P
Quick Facts

Robert Scott Lazar was born on January 26, 1959, in Coral Gables, Florida, U.S., to Albert Lazar and Phyllis Berliner. He claims that his life details have been removed from government organizations and that his birth certificate cannot be retrieved anymore.

As a boy, he once outfitted his bicycle with “a jet engine.

He attended the 'Pierce Junior College' in Los Angeles. His claims regarding his academic details are quite contradictory. According to Lazar, he briefly attended 'Cal State University' in Northridge and then joined the 'Massachusetts Institute of Technology' (MIT) in 1982. He also claims to have completed his post-graduation in electronic technology from the 'California Institute of Technology' (Caltech). These institutions, however, have no record to support Lazar's claims.

In 1982, the 'Alamogordo Daily News' featured Lazar's jet-powered car in an article and called him "a physicist at the Los Alamos Meson Physics Facility," even though the facility never confirmed the fact. Lazar justified the denial, saying that his records had been removed from the facility's database, a claim that sceptics have found unbelievable.

Renowned scientist Donald R. Prothero once said that Bob Lazar was never hired directly by 'Los Alamos' but worked as a technician for a private company that was one of the contractual clients of the facility.

In 1986, Bob Lazar declared himself bankrupt and claimed he was a self-employed film processor. Along with his friend Gene Huff, he operated 'Desert Blast,' an annual festival in the Nevada desert, which provided a platform for aspiring pyrotechnics to conduct their experiments. The venture began in 1987 but was formally named in 1991.

In May 1989, an award-winning Nevada-based investigative reporter named George Knapp interviewed Lazar for the Las Vegas TV channel ‘KLAS.’ However, Lazar appeared under the pseudonym "Dennis," with his face covered. Lazar gave details of his work on alien technology and claimed that Hungarian–American theoretical physicist Edward Teller had introduced him to the project. He also claimed to be employed in the secret military area “S-4,” a subsidiary facility located near the 'Nellis Air Force Base' installation (also known as “Area 51”).

Bob Lazar said he was mainly responsible for the reverse-engineering of an extra-terrestrial flying saucer. In November that year, he gave an interview again, this time revealing his face and real name, claiming that his works were related to the “S-4” project.

He also claimed to have read several documents that proved the existence of extra-terrestrial beings that are termed as “grey aliens” and said that they belong to a planet orbiting the twin binary star system called ‘Zeta Reticuli.’

Lazar has also claimed to have discovered an element that has the ability to generate power for alien spacecrafts. The element has been compared to the element 115 called moscovium that a group of Russian scientists discovered in 2003. The element was included in the periodic table in 2016.

Researchers suggest that element 115 and the element that Lazar claims to have discovered are not the same. Moscovium has the half-life of less than a second and decays rapidly. Hence its application, as suggested by Lazar, is doubtful.

Such claims have brought Lazar to the national spotlight. He has also been criticized as an “Area 51” conspiracy theorist, while other sources claim that his works have caused excitement in the para-scientific community.

Bob Lazar subsequently gave interviews to various media channels and attended several conferences, to discuss his works. One such event was the 'Ultimate UFO Seminar' held in Rachel, Nevada, in 1993.

In response to his criticism and the subsequently triggered controversy, Lazar justified his stand saying that he had made his claims public only to save himself. However, he also made it clear that he owned no evidence to support his claims regarding his work on alien technology.

Currently, Bob Lazar is known to be running the 'United Nuclear Scientific Equipment and Supplies,' a supply source of scientific accessories such as industrial magnets, radioactive ores, and chemicals, located in Klamath Falls, Oregon.

In 2019, 'Motherboard,' the tech channel owned by the Canadian–American print magazine 'Vice,' published an article about Lazar, detailing the ‘FBI’ and the Michigan State police raid at 'United Nuclear' in 2017. The raid was conducted to search for the extremely toxic element called thallium sulfate. It was reported that the element had been recently used in a mysterious death.

A theory, however, suggested that the ‘FBI’ had raided Lazar's company to search for element 115. A reporter named Tim McMillan had directly asked him if he owned the element.

In an interview, Bob Lazar admitted to installing a video system in a Las Vegas brothel. The revelation stirred controversy in June 1990. He was accused of being involved in a sex racquet and of backing a prostitution ring. He was sentenced to 6 months of suspended probation and 150 hours of community service. He was also ordered to undergo psychological counseling sessions to prevent him from visiting any brothel again.

The 2003 raid on Lazar's 'United Nuclear' led to him and his wife, Joy White, being arrested in 2006. They were charged with infringing the 'Federal Hazardous Substances Act.' Reportedly, the two had shipped restricted chemicals across state lines. The chemical sales records retrieved from the raid were also evaluated.

'United Nuclear' was also charged with three criminal counts of aiding and assisting the interstate trade of banned hazardous substances.

On April 19, 1986, Bob Lazar married Tracy Ann Murk in Las Vegas. Reportedly, he was still married to Carol at that time, as the Clark County ‘Recorder Office’ could not produce any document to prove the divorce.

On April 21, 1986, Carol died in Las Vegas. It was reported that she had committed suicide. The death certificate mentioned Lazar as her husband.

He had met his present wife, Joy White, after attaining fame in 1989.

See the events in life of Bob Lazar in Chronological Order 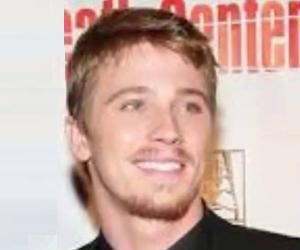