(One of the Highest-Grossing Actors of All Time)

Matt Damon is a renowned actor from the American film industry who achieved great success after cementing his place in Hollywood. He had an affinity towards acting from his childhood and used to forgo classes in high school because of his involvement in plays. He performed well as an actor and had many plays to his credit when he was still a student. His passion for acting made him drop out from the university and follow his dream of becoming an actor. He had to struggle initially when he could only manage to land small roles in films. His major breakthrough came in the mid-1990s when he was cast to play an important role in the movie ‘Good Will Hunting’ which became a huge hit. Damon not only played the protagonist but also co-wrote the screenplay of the movie along with his childhood mate and actor Ben Affleck. This movie was highly acclaimed and his acting too received appreciation from the critics. He even won the ‘Oscar’ along with Affleck for ‘Best Original Screenplay.’ The success of the movie ushered him to the film industry and subsequently, Damon cemented his place in the industry. Since then, he has worked in many high grossing movies. The talented actor also takes part in philanthropic activities. Humanitarian Work: Actor associated with organizations such as ‘Water.org’.

American People
Screenwriters
T V & Movie Producers
American Men
Massachusetts Actors
Childhood & Early Life
Matthew Paige Damon was born on 8 October, 1970, in Cambridge, Massachusetts, USA, to Kent Telfer Damon and Nancy Carlsson-Paige. He has an elder brother named Kyle Damon. When he was about two-years-old, his parents got separated, and Matt and his brother lived with their mother. Matt and actor Ben Affleck have been childhood friends.
He did his schooling from institutions, such as ‘Cambridge Alternative School’ (now known as Graham and Parks) and ‘Cambridge Rindge and Latin School.’ He later enrolled at the ‘Harvard University’ but dropped out in order to chase his dream of becoming an actor. 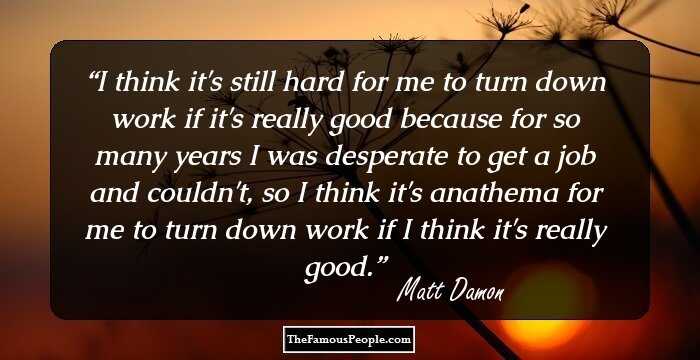 Continue Reading Below
Career
Before landing lead roles, Damon played minor roles in plays, such as ‘Burn This’ and ‘A… My Name is Alice.’ In 1988, he acted in the film ‘Mystic Pizza,’ thus beginning his acting career in films. However, he only had a few lines in the film.
During his time at the university, he acted in films, such as ‘Rising Son’ and ‘School Ties.’ He then left the university without completing his course to star in the movie ‘Geronimo: An American Legend’ in the year 1993.
His next project was in the year 1996, when he worked in the movie ‘Courage Under Fire.’ His role, which gave an indication of his potential, was appreciated by many.
In 1997, he joined hands with Ben Affleck and wrote the screenplay for the film ‘Good Will Hunting.’ This film was immensely successful and established Damon in the American film industry. He also acted in the film and his performance, along with his screenplay, received acclamation.
The same year, he also acted in films like ‘The Rainmaker’ and ‘Chasing Amy.’ The following year, his films, such as ‘Saving Private Ryan’ and ‘Rounders’ were released.
During the period 1999-2000, he worked in films, such as ‘The Talented Mr. Ripley,’ ‘Dogma,’ ‘Finding Forrester,’ ‘All the Pretty Horses,’ and ‘The Legend of Bagger Vance.’
The first major success of the year 2001 was the film ‘Ocean’s Eleven’ which earned him fame. He also starred in the film’s sequels, ‘Ocean’s Twelve’ and ‘Ocean’s Thirteen.’
In 2002, he played the protagonist ‘Jason Bourne’ in the movie ‘The Bourne Identity.’ Subsequently, he worked in its sequels, such as ‘The Bourne Supremacy’ and ‘The Bourne Ultimatum.’
After appearing in the ‘Bourne’ film series, Damon’s popularity increased. From 2002 to 2006, he worked in movies, such as ‘Spirit: Stallion of the Cimarron,’ ‘Stuck on You,’ ‘Syriana,’ ‘The Brothers Grimm,’ ‘The Good Shepherd,’ and ‘The Departed.’
Continue Reading Below
In 2009, he acted in the film ‘The Informant!’ and this film earned him critical acclaim as an actor. The same year, the talented actor worked in the movie ‘Invictus’ where he played a supporting role. His role in the film got him nominated for the ‘Academy Award’ for the ‘Best Supporting Actor.’
From 2010 to 2014, he acted in movies, such as ‘Green Zone,’ ‘Hereafter,’ ‘True Grit,’ ‘Contagion,’ ‘The Adjustment Bureau,’ ‘We bought a Zoo,’ ‘Elysium,’ ‘Behind the Candelabra,’ ‘The Monuments Men,’ and ‘Interstellar.’
He has also appeared in some television series, such as ‘Saturday Night Live,’ ‘Will & Grace,’ ‘Arthur,’ ‘Entourage,’ ‘House of Lies,’ and ‘Years of Living Dangerously.’ He has also voiced characters for films, such as ‘Ponyo on the Cliff by the Sea’ and ‘Happy Feet Two.’
In 2015, he played an astronaut named ‘Mark Watney’ in ‘The Martian.’ In 2017, he was roped in to play the lead role in ‘The Great Wall.’ The same year, he went on to play important roles in films, such as ‘Suburbicon’ and ‘Downsizing.’ While the former released in October 2017, the latter released in December 2017.
In 2018, Matt Damon was cast to play a prominent role alongside Christian Bale in the biographical drama film ‘Ford v Ferrari.’ Directed by James Mangold, the film has Caitriona Balfe, Jon Bernthal, and Tracy Letts playing supporting roles. 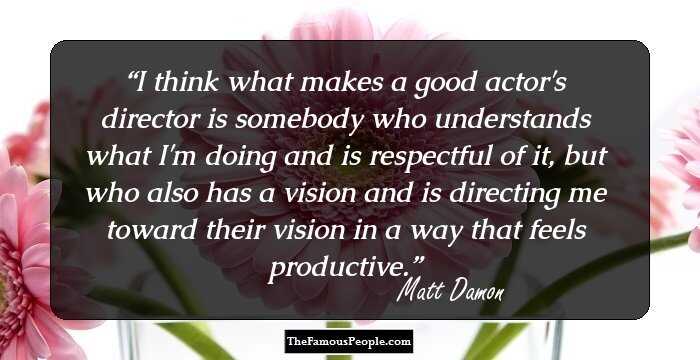 Major Works
In the movie ‘Good Will Hunting,’ this skilled actor played the lead. He even wrote the screenplay along with Ben Affleck. The screenplay was initially an assignment on which Matt had worked before. Later on, the assignment was modified into the screenplay of the movie. Matt and Ben Affleck shared the ‘Oscar’ for the ‘Best Original Screenplay.’
Another major achievement of Matt as an actor was his portrayal of ‘Jason Bourne’ in the ‘Bourne’ film series.
Awards & Achievements
In 1998, he won an ‘Oscar’ for ‘Best Original Screenplay’ for the film ‘Good Will Hunting.’ He shared the award with Ben Affleck.
Continue Reading Below
He was awarded a star on the ‘Hollywood Walk of Fame’ in July 2007. The same year, ‘People’ magazine named him the ‘Sexiest Man Alive’ for 2007.
In 2013, he was honored with the ‘Harvard Arts Medal.’ 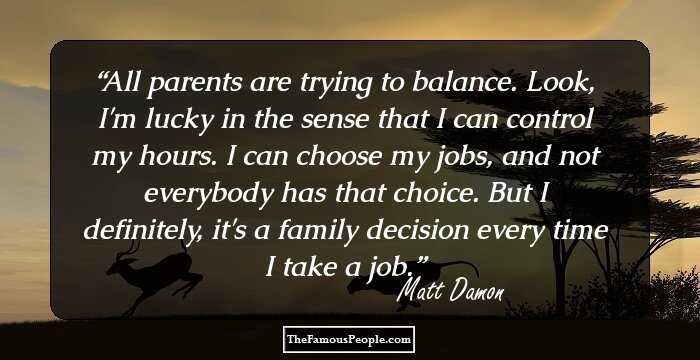 Personal Life & Legacy
In December 2005, he married Luciana Bozán Barroso after a courtship of about two years. The couple is blessed with three daughters, Isabella, Stella Zavala, and Gia Zavala. Matt also has a step-daughter named Alexia, who was born from Luciana’s previous marriage.
He is a follower of the American baseball team ‘Boston Red Sox.’ He is a poker player and has participated in many poker competitions.
This actor founded a non-profit organization named ‘H2O African Foundation’ which was later merged with the ‘WaterPartners’ organization to form ‘Water.org’ foundation. He is associated with many other charitable organizations, such as ‘Not On Our Watch Project’ and ‘ONE Campaign.’ He has also been an ambassador of the foundation ‘ONEXONE.’
This famous personality is a supporter of the ‘Democratic Party.’ In the year 2012, he was part of a fundraiser show to support Elizabeth Warren who was a candidate of the Democratic Senate.
Trivia
He co-founded the production companies, ‘LivePlanet’ and ‘Pearl Street Films.’

See the events in life of Matt Damon in Chronological Order 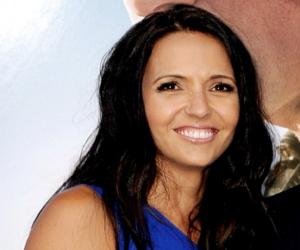