Advanced Search
Matthew Gray Gubler is a man of many talents. He is a popular American actor, director, painter and model. He has stated that he never intended to take up acting as a career, and rather had a passion for film making. However, Matthew Gray Gubler had great interest in entertaining people. He began his career as a fashion model, took up acting and voice acting projects at a later period, and occasionally also directed music videos and a few episodes of television series and documentaries. Matthew Gray Gubler is also a painter. He has sold his paintings and donated the proceedings for various purposes like the Red Cross and other art related causes. Matthew Gray Gubler manages his personal website ‘www.matthewgraygubler.com’ himself, and he posts his poems, paintings, blogs, music etc. here. The unique feature of his website is that all the posts are handwritten and pictures are drawn by hand. His other hobbies include making stuffed animal puppets. American People
Actors
Artists
Directors
American Men
Childhood & Early Life
Matthew Gray Gubler was born on 9 March 1980 in Las Vegas, Nevada. His father John Gubler is an attorney, and his mother is a political consultant, rancher and former chair of Nevada Republican Party.
He did his high schooling from the Las Vegas Academy of International Studies, and majored in acting. He later graduated in 2002 from the New York University’s Tisch School of Arts and majored in film making and direction. He has also attended the University of California at Santa Cruz. 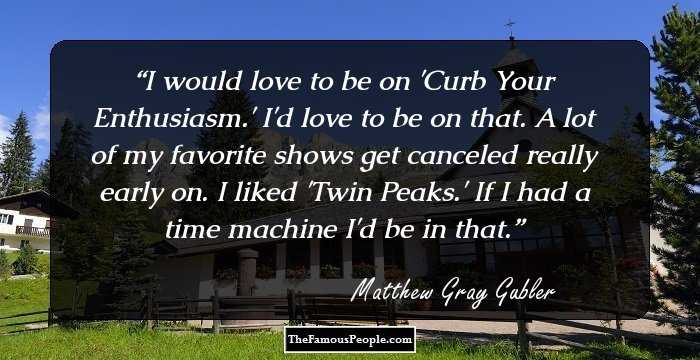 Continue Reading Below
Career
As soon as he completed graduation in 2002, Matthew Gray Gubler began his career in modelling with DNA Model Management. Over the next two years he became a popular name in the New York fashion scene and worked with big names in the industry like Kate Spades, Tommy Hilfiger, Louis Vuitton, Burberry, Marc Jacobs and so on.
In 2004 along with pursuing modelling, Matthew Gray Gubler began his internship with director and screenwriter Wes Anderson. He was encouraged to audition for a movie role and was later cast in the movie ‘The Life Aquatic with Steve Zissou’.
In 2005,, he was given the lead character of Dr. Spencer Reid in ‘Criminal Minds’, a police procedural television series. Though there was much speculation regarding his credibility to perform, the series went on to become one of the most watched shows in a year with good ratings. He has been part of the series till date; as of 2015, the show is running its eleventh season. Matthew Gray Gubler has also directed eight episodes of the series.
Beginning 2005, he began posting his paintings on his personal website. In September 2005, The Gallery of Fine Arts, Czech Republic held an exhibition with his paintings.
In 2006, he acted in the movie ‘RV’ starring Robbie Williams. In 2007 he lent his voice for the chipmunk character named Simon in the movie ‘Alvin and the Chipmunks’. He continued voice acting for the character in the sequels ‘Alvin and the Chipmunks: The Squeakque’ (2009), ‘Alvin and the Chipmunks: Chipwrecked’(2011) and ‘Alvin and the Chipmunks: The Road Chip’ (2015).
In 2008 he acted in movies ‘The Great Buck Howard’ and ‘How to Be a Serial Killer’. In 2009, he appeared in ‘500 Days of Summer’, a movie that earned positive reviews.
In 2011, he let his voice for the movies ‘All-Star Superman’ and ‘Scooby-Doo! Legend of the Phantosaur’ while also acting in the movie ‘Magic Valley’.
In 2014, he acted in the zombie comedy ‘Life after Beth’ and horror comedy ‘Suburban Gothic’. His upcoming project includes movie ‘Hot Air’.
His other projects include direction and co-production of music videos. He co-produced, directed and edited the music video ‘Don't Shoot Me Santa’ by the rock band ‘The Killers’ which was released in 2007. He also directed and co-produced the music video ‘Dirt Sledding’ by the same band and this song was released in November 2015. 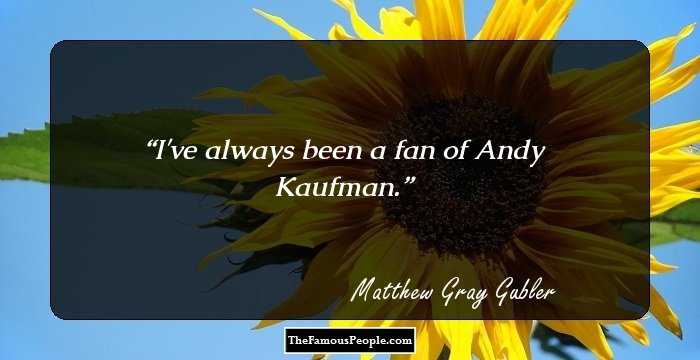 Major Works:
Matthew Gray Gubler is well-known for his portrayal of FBI Agent Dr. Spencer Reid in the CBS crime drama series ‘Criminal Minds’. He is also a sought after model who has worked with many well known designers.
Personal Life & Legacy
Matthew Gray Gubler is the grandson of Maxwell Kelch and Laura Kelch, the founders of the first radio station in Las Vegas – KENO.
He has a brother named Gray Gubler and a sister Laura Dahl who is a fashion designer. 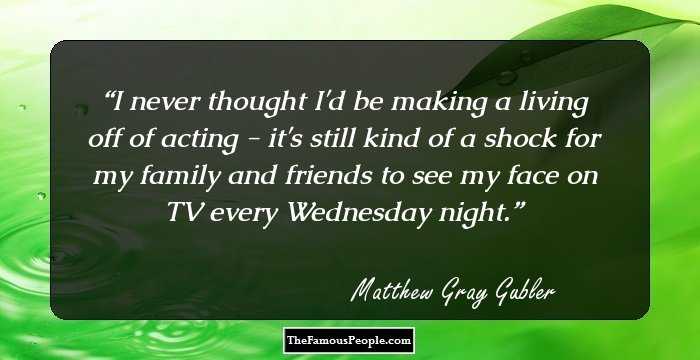 Trivia
Matthew Gray Gubler became an ordained minister in late 2014 and he performed the wedding of his best friend Steve Damstra the same year.
He has a closet filled with a collection of kimonos.