Mateo Bowles is a famous American dancer and YouTuber. Dance is a universal language and dancers manage to convey extreme emotions with relative ease that is difficult with mere words. Michigan-native Mateo Bowles aka Teo found his passion for dance when he was 5 years old and has been fluent in the language ever since. Together with his older brother Ayleo/Ayo, he has built an exclusive genre of his own that has gone viral over the internet. The two brothers have started YouTube channel ‘Ayo & Teo’ to showcase his dance prowess and irresistible funk-quotient since March 2011. The channel has amassed over 700,000 subscribers and an astonishing 126 million views. Mateo and his groove are viral over other social media platforms as well. His account in Instagram has over 1.8 million followers till date and they are dying to get the smallest glimpse of Mateo’s cool quotient. Currently, Teo has become a known name in the dance circuit and is travelling the length of the country to perform in events with the big names. 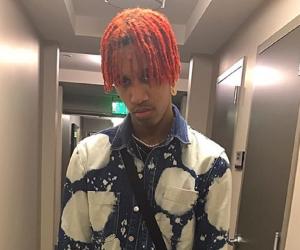 American People
Michigan YouTubers
Virgo Youtubers
Male Youtubers
American YouTubers
The Rise to Stardom
Teo was probably born with this passion for dance. Adding to that was the example of his brother Ayo who started dancing since he was 5 or 6.
Recommended Lists:

Male Youtube Dancers
American YouTube Dancers
Virgo Men
Teo got initiated into dancing at the age of three, when he was practically a toddler. With his brother, they started dancing in their grandmother’s basement and there was no looking back since.
Over the years, he has worked very hard and passionately to develop his skills. He started competing in the school events and graduated to participate in dance competitions. He would do complicated and challenging routines with his brother at home and would record the performances with rudimentary equipment. The more he performed, the more confident he became and gradually took his performances to more public spaces like the streets, parking garages and even the mall.
Teo has developed this unique genre of dancing that has mixed in several popular mainstream ones and had mixed them into something that has become a completely new brand. Glimpses of hip-hop, lockin’ poppin’, freestyle and American rhythm can be found in his brand of dance and the end result is extremely mesmerizing to look at.
Together with his brother, Teo turned towards YouTube to show off his mettle as a dancer and started the channel in 2011. The channel’s content has a healthy mix of original choreography and various in vogue themed challenges.
He, along with his brother has also created their own challenge called the REVERSE, where they perform the original dance steps of a music video in reverse order. The challenge has caught on the web and there is even a song dedicated to the challenge titled ‘In Reverse Prod. Jazzepha & Cory Mo’ with about 10 million views currently.
Together with Ayo, he has created and sung a couple of hip-hop songs titled ‘Rolex’ and ‘Lit right Now’ that have gone viral over the internet. Rolex was released on their channel in January, 2017 and till date has been viewed over a whopping 77 million times! ‘Lit Right Now’, released in March, 2017, is also catching up fast with around 2 million views already.
As part of the Ayo & Teo duo, Mateo has started to get the attention of just the right people in the business and has been appreciated by hip-hop legend Chris Brown. The duo was also invited by Singer and entrepreneur Usher himself to perform to his number at the 2016 BET Awards. Mateo has also appeared as a dancer Lil Haiti's music video for his single ‘Hit the Wave’.
You May Like

The Most Popular US Veterans
Continue Reading Below
What Makes Mateo Bowles So Special
Mateo’s dance style is unique and the Ayo & Teo duo has been applauded worldwide for creating unique content and choreography with mind boggling dance steps. Mateo has also paid close attention to make his looks quite distinctive with unruly mane of blonde afro hair and always sporting a dog-snout mask on his face. Unlike his brother who is often seen without the mask, Teo has made it a habit to stick with it in all his public appearances.
Behind The Curtains
Mateo Bowles was born on August 29, 1999 at Ann Arbor, Michigan, USA. Apart from information on his older brother and dancing partner, not much is known about Teo’s family and background. He grew up in the Yipsilanti area of Ann Arbor, Michigan. He plans to build a career in music and dance choreography, taking inspiration from legends like Michael Jackson.