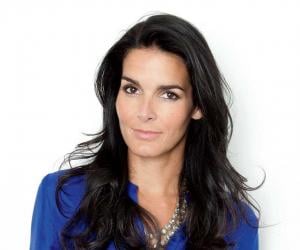 Thylane Blondeau
Although now famous for her feminine grace and beauty as an elite supermodel, Maryna Linchuk was a tumbling tomboy as a child. As a young girl, Maryna dreamed of becoming a doctor but fate dealt her a different card when she accompanied a friend to an interview at a local finishing school. Selected at once, Maryna began her career as a model, quickly impressing talent scouts who convinced her to move to Moscow. Revealing her lifelong dedication to excellence, Maryna impressed her agency so much that they awarded her a coveted modeling assignment in Japan. While posing for a growing list of elite clients, Maryna dedicated herself to absorbing the local culture. While unwinding in one of Tokyo's trendiest clubs, Maryna met a renowned Italian-American DJ. A year later, the two ran into each other by chance in New York City and began dating. After a passionate and public relationship became too tempestuous, Maryna concentrated on her rise to fashion model superstardom. Seeking calmer waters, Maryna is now happily attached to a Russian investment banker and splits her free time between her boyfriend and her younger brother Vladimir, an avid sports enthusiast who plays in a high school hockey league in New Jersey.

Virgo Models
Female Models
Virgo Women
Childhood & Early Life
Maryna was born on September 4, 1987 in Minsk, Byelorussian SSR in what was then the Soviet Union.
Maryna and her younger brother Vladimir grew up in a suburb of Minsk, now the capital of the Republic of Belarus.
Maryna's parents strictly enforced good performances in school for their children.
At age 13, Maryna accompanied a friend to a local talent agency and then enrolled full-time in a beauty school in Minsk.
At age 15, Maryna was selected to join the elite modeling agency IQ Models in Moscow, where she soon came to the attention of well-known fashion brands.
Continue Reading Below
You May Like

The Best Black Actresses Of All Time
Career
In 2002, at age 15, Maryna began working for IQ Models in Moscow, Russia.
Soon after moving to Tokyo, Japan, to begin her modeling career, Maryna posed in front of the lens of the legendary photographer Paul Zotov.
Maryna's photo session with Zotov soon drew the attention of such famous fashion brands as Versace, Donna Karan, Christian Dior, Giorgio Armani and others.
For the next two years, Maryna posed for Kenneth Cole, Gap, Escada, Max Mara and Dolce & Gabbana.
Maryna's career exploded and she was featured on the covers of Vogue, Glamour, Allure, Tatler, Harper's Bazaar, Allure, Numero and Tatler magazines.
According to Maryna, the greatest moment in her career came in 2008 when she was selected to be one of Victoria's Secret Angels, a title she has held three separate times.
Marina posed topless for ‘25 Magazine’ in 2013.
Maryna now models the catwalk for such fashion powerhouses as Givenchy, Paul Smith, Alexander McQueen, Versace, Chanel, Fendi, Hermés, Gucci, Roberto Cavalli, Yves Saint Laurent, Ralph Lauren, Stella McCartney, John Galliano, Michael Kors, Louis Vuitton and Fendi.
Maryna is currently the face of the "Miss Dior Cherie" fragrance.
Continue Reading Below
Major Works
Through hard work and dedication, Maryna Linchuk has leveraged her unearthly beauty to become one of the top supermodels on the planet, putting her in the elite fashion stratosphere alongside top models such as Gisele Bundchen and Natalia Vodianova.
Maryna has graced the covers of Russian, Italian, Japanese, Portuguese, Chinese and American fashion and lifestyle magazines and is currently a member of the Victoria's Secret Angels.
Awards & Achievements
She was named as one of the Top 30 Models of the 2000s by French Vogue in 2010
Maryna was named as Model of the Year by Glamour magazine on November 17, 2011
Personal Life & Legacy
Maryna is working hard to cling to her position on the slippery ladder of success in the fashion model world. Taking advantage of her hard work ethic and good fortune, Maryna is dedicated to using her earnings to provide a better life for her family. Maryna is known to her friends and associates as being a universally positive, upbeat person who is a pleasure to know and work with.
Net Worth
Maryna Linchuk is a top-tier elite supermodel and commands an imposing fee for gracing magazine covers and catwalks at major fashion shows.
Trivia
She is 5'11" (1.8 meters) tall but is rumored to weigh only 105 pounds (48 kilograms).
When Maryna was a child, she wanted to become a doctor.
Maryna speaks Japanese, Russian and English.
There is a biker jacket named after her - the Maryna Jacket.
Maryna loves to dress up in elaborate costumes for Halloween.
Large groups of young children frighten her.
Maryna had a bit part in the comedy film 'Somewhere', directed by Sofia Coppola.
You May Like

See the events in life of Maryna Linchuk in Chronological Order 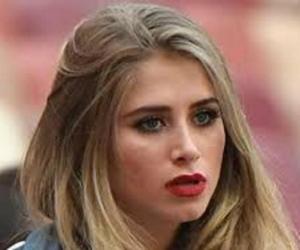 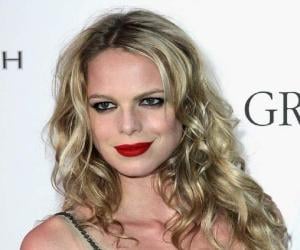 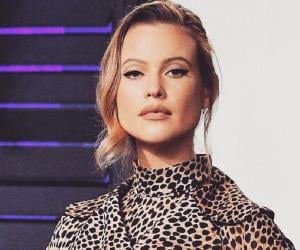