Martin McDonagh is often compared to celebrated playwrights like John Millington Synge and David Mamet. McDonagh is famous for writing dark comedies with the background setting of Ireland, where he spent most of his summer breaks. His stories are notorious for using intense symbolism and twisted climaxes. McDonagh was born and brought up in London, England, by his construction worker father and housekeeper mother. He has a younger brother who is a known screenwriter, John McDonagh. He left school when he was 16 to pursue his love for writing by watching movies and reading books. After a decade of doing so, in 1994, he wrote his first 7 plays of which many were eventually staged in London, like: ‘The Cripple of Irishmaan’, ‘The Lieutenant of Irishmore’ ,‘The Pillowman’, ‘The Beauty Queen of Leenane’, etc. For many of these plays he has been accorded with prestigious awards and nominations like Tony Award, the Laurence Olivier Award, etc. He is not only a playwright of excellent creative power but also a well established screenplay writer and director of movies like: ‘Six Shooters’, ‘In Bruges’ and ‘Seven Psychopaths’. He is known in the world of theater as the one who gave a new genre to the theater – the ‘in your face’ theater, for his plays and scripts are often strongly witted and harshly realistic. British People
Irish People
Screenplay Writers
British Men
Irish Men
Tall Celebrities
Childhood & Early Life
Martin McDonagh was born on March 26, 1970 in London. His father was a construction worker and mother was a housekeeper. McDonagh family lived amongst the Irish communities in London in Elephant and Castle area and later shifted in a low-rented neighborhood in Camberwell. He has a brother named John with whom he has shared a close and argumentative relationship.
Both the brothers were sent to Roman Catholic schools. In their younger years, they visited their father’s hometown Connemara in summers, which inspired McDonagh to use it as a setting in many of his plays later.
He was known to be a big fan actor Al Pacino and he used to watch his movies on television. It was in 1984, he saved money from his odd jobs and went to watch his first play at the age of 14 - a David Mamet drama, American Buffalo, starring Al Pacino in the lead.
John left studies at the age of 16, for he wanted to become a writer and Martin did the same thing when he reached the same age. Without proper education and jobs, they both ended up on public assistance and took over their paternal house in London when their parents left for good for Ireland.
For the next 10 years, Mcdonagh watched his favorite movies and read his favorite writers like Vladimir Nabokov, Jorge Luis Borges, etc., and did small jobs like working at the supermarket and working as a part-time administrative assistant at the British Department of Trade and Industry. During these years, he started writing dark short stories based on folk tales. 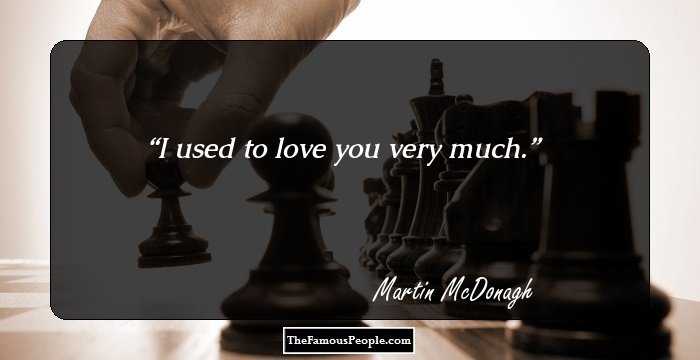 Tall Male Celebrities
Aries Writers
Male Writers
Irish Writers
Career
McDonagh, after collecting a good number of his short stories, started sending these stories to film companies, expecting that someone will be interested in one of his stories and adapt it into a short film. But he could not get any big opportunity except for the fact that some of his plays were adapted into Australian radio plays.
In 1994, when his brother went to California to study screenwriting, McDonagh did continuous writing for a stretch of 9 months and wrote his seven first plays. The first play that he wrote was called ‘The Beauty Queen of Leenane’. He started sending these plays to various theater companies but got rejected from everywhere until the Druid Theater, Galway, Ireland, accepted the same.
In 1996, the play ‘The Beauty Queen of Leenane’ was premiered at Druid. The play was appreciated for its tight drama and black humor. The story revolves around the main protagonist of the play ‘Maureen’ who lives with her mother and they are both entangled in a relationship of hate and contempt. The play did very well on the Broadway for two years and was nominated for the Tony Award.
In the same year, after years of struggle and living on public assistance, he became a well known literary celebrity in British Isles. He was awarded the Most Promising Playwright prize of the London Evening Standard Theatre Awards. In 1997, two of his other plays, ‘A Skull in Connemara’ and ‘The Lonesome West’, were staged in Galway. ‘The Lonesome West’ received a Tony Award nomination in the Best Play of 1998 class.
In 1997, ‘The Cripple of Irishmaan’, ‘The Lieutenant of Irishmore’ and ‘The Pillowman’ were staged in the Royal Court Theater in London. The production, especially ‘The Crippleman of Irishmaan’ made him distinct in the creative circuit and he became the first playwright after Shakespeare to have many plays being staged on the professional London stage, concurrently.
For the next many years, McDonagh did not write anything new and the critics felt that the many plays that he wrote one after the other in 1994 had in fact exhausted his literary talent. In 2004, his ‘The Pillowman’ won the Lawrence Olivier Award from the Society of London Theatre for the category of the Best New Play of the season and in 2006, ‘The Lieutenant of Irishmore’ was premiered at the Atlantic Theatre Company in New York.
In 2005, he announced that he will not be writing anymore for the stage for a while and ventured into making motion pictures. He wrote the screenplay and directed ‘Six Shooters’, a short film, which earned him an Oscar for the Best Live-Action Short Film of the year.
In 2008, he authored the screenplay and directed another movie called ‘In Bruges’ which was a movie based on the story of two assassins, who hide out in Belgium as they accidently kill a child. It was a dark comedy starring Colin Farrell and Ralph Fiennes in the lead roles. The movie was nominated for the Best Original Screenplay category for the 81st Academy Awards.
In 2012, another one of his movies called ‘Seven Psychopaths’ was released, starring Colin Farrell, Christopher Walken, Sam Rockwell, Woody Harrelson and Tom Waits. It was a British crime comedy, story of a Marty Faranan who dreams of finishing his epic script. It was critically acclaimed and called out to be a twisted tale with many hilarious moments in it. 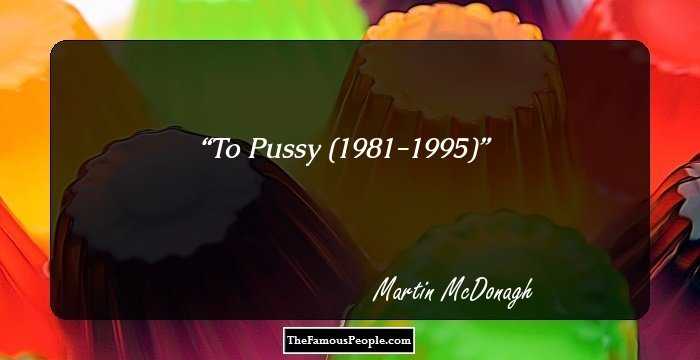 British Writers
Irish Directors
British Directors
Irish Playwrights
Trivia
This playwright and screenwriter is known to be have innovated a new genre of theater called the ‘In Your Face’ theater.
His First play ‘The Beauty Queen of Leenane’ was inspired by the stories that McDonagh heard from his mother who worked as a cleaner in London and received the same abuse at work as shown to be experienced by the main protagonist of the play.
McDonagh was religious as a child but lost his faith by the age of 12 when he started listening to his brother’s punk-rock records.
Many critics compare McDonagh’s work with celebrated Irish playwrights like John Millington Synge and David Mamet.
In an interview to the New Yorker, McDonagh has said that he has written and said enough as a young playwright, now in order to write more for the stage he needs to experience more in life.
Recommended Lists:

See the events in life of Martin McDonagh in Chronological Order 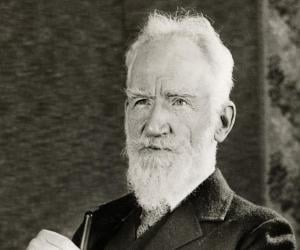