Martin Short is a Canadian comedian, actor, writer and producer who became an American citizen later on in life. Short was born in Ontario, Canada and graduated from university with a degree in social work with the intention of working in social work; however, his talent as an actor paid dividends as he was given his first break in a play. From then on he continued to be an actor- comedian and worked primarily in television and radio before moving to New York. In America, Martin Short worked in popular comedy shows on TV and subsequently he went on to feature in the hugely popular show ‘Saturday Night Live’ that made him a household name. Short also went on to host talk shows and comedy shows on his own that were highly successful. It was not long before Short decided that he could also be a successful film star and some of his well-known films include ‘Three Amigos’, ‘Innerspace’ and two ‘Father of the Bride’ films. Despite being an extremely busy comedian and actor; Martin Short went back to the stage time and again to act in plays. Martin Short is without doubt one of the most iconic comedians from Hollywood and his appearances on ‘Saturday Night Live’ are still regarded as memorable. American People
Canadian People
American Men
Canadian Men
Aries Actors
Male Comedians
Childhood & Early Life
Martin Hayter Short was born on 26 March 1950 in the city of Hamilton, Ontario, Canada, to Charles Patrick Short and Olive Grace. His father was a steel company executive while his mother was a concertmistress. Short was the youngest of five children in the family; others being three sons and a daughter.
Martin Short displayed his talents as an actor, mimic and entertainer right from the time when he was a child and his mother provided him with all the encouragement that he needed in order to pursue his dreams. He studied at the Westdale Secondary School in his home town of Hamilton.
Martin Short went to McMaster University in Hamilton, Ontario and in 1971 received a bachelors’ degree in social work. This was a particularly hard time for him as he had lost both his parents. His mother succumbed to cancer three years prior to his graduation while his father died two years after his mother’s death. 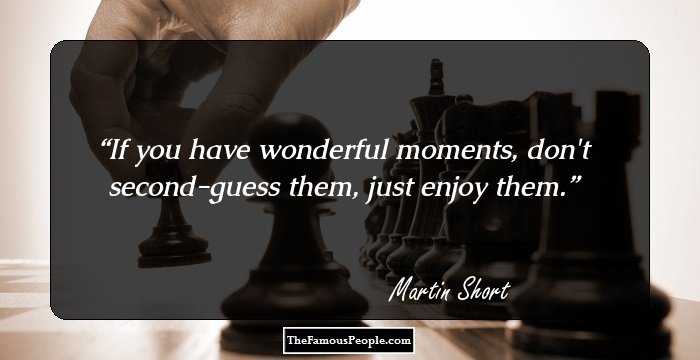 The Most Popular US Veterans
Career
Martin Short wanted to work as a social worker and after graduating in the subject he wanted to pursue it. However, in 1971, in the same year in which he graduated he got his first break as an actor when he was cast in the play ‘Godspell’. He got acquainted with some well-known actors and the following year he worked in the drama ‘Fortune and Men’s Eyes’.
In 1972, Short became the host of the music show named ‘Right On’ and later on became a member of comedy troupe who went by the name ‘Toronto’s Second Comedy’. Martin Short primarily worked in television and theatre in Canada for seven years before he got a role in the little known American show ‘The Associates’.
After appearing in the unsuccessful TV show ‘I’m a Big Girl Now’; Martin Short finally got his big break when he appeared he appeared in the comedy show ‘Second City Television’, more popularly known as SCTV in 1982. SCTV brought Martin Short into the limelight and before long he became a recognisable name on television.
In 1984, Martin Short joined the cast of iconic show ‘Saturday Night Live’ and according to many, it was his addition to the cast that revived the show after the exit of Eddie Murphy. Following his performances on ‘Saturday Night Live’; Short appeared in special programmes like ‘Martin Short: Concert for the North Americas’, ‘Martin Short Comedy Special’ , ‘I, Martin Short, Goes Hollywood’ and a talk show named ‘The Martin Short Show’ among many others.
In 1986, Martin Short made his first foray into films with the film ‘Three Amigos’ and followed it up with ‘Innerspace’ the following year. Among the many films in which he has appeared in the subsequent years; his role in ‘Father of the Bride’ is particularly notable although the movie wasn’t a big success. Short had also lent his voice to characters in animated films.
In 1993, Martin Short went back to theatre and acted in the play ‘The Goodbye Girl’ which was staged in Broadway. Short’s performance was widely appreciated and later on he appeared in other highly acclaimed plays like ‘Little Me’ and ‘The Producers’. His one man show ‘Martin Short: Fame Becomes Me’ was staged on Broadway 13 years after he first appeared in ‘The Goodbye Girl’.
Martin Short played the character Jiminy Glick in the show ‘Primetime Glick’ which aired on Comedy Central for two years starting from 2001 and was widely regarded as one of the funniest shows.
Martin Short turned writer and actor in the film ‘Jiminy Glick in Lalawood’ which released in the year 2004. Two years later he appeared in the film ‘The Santa Clause 3: The Escape Clause’.
In 2010, Martin Short was approached by the producers of the FX show ‘Damages’ to play the role of the attorney Leonard Winstone. He starred in the show alongside actor Glenn Close.
In 2013, Martin Short appeared in a special edition of the show ‘Saturday Night Live’ along with Steve Martin and Chevy Chase. From 2014 to 2015, he portrayed the role of Lou Cannon in the Fox sitcom Mulaney. 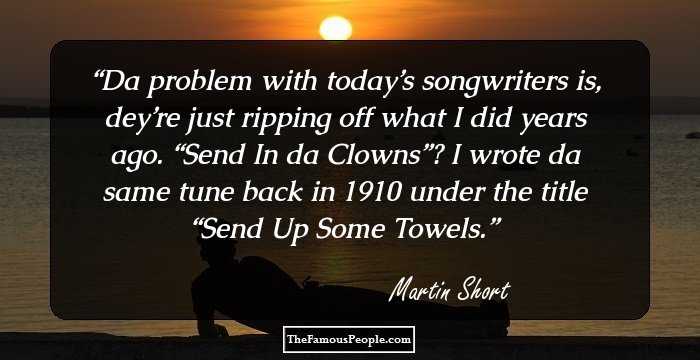 Quotes: I
Major Works
Martin Short is without doubt one of the most recognisable comedians and actors in Hollywood who has made a name for himself across mediums. However, it was his work for ‘Saturday Night Live’ in 1984–85 that deserves to be regarded as his most important work.
Personal Life & Legacy
After being in a relationship with actress Gilda Radner for some time, Martin Short married actress Nancy Dorman in 1980. They had three sons. Dorman died in 2010.
Although Martin Short was born and brought up in Canada, he became a US citizen later on in life. 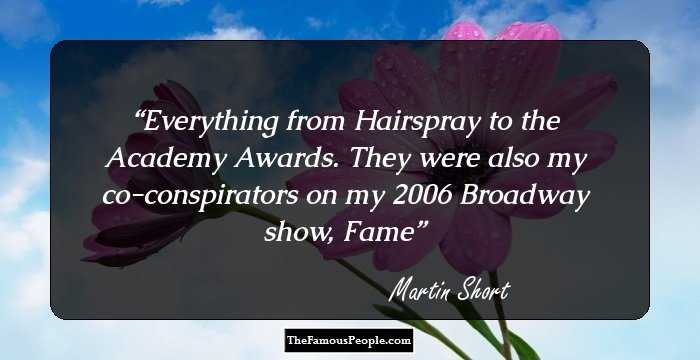 See the events in life of Martin Short in Chronological Order