Brendan Gleeson is an award-winning Irish actor, director, and former teacher who is well-known for his portrayal of Professor Alastor Moody (Mad Eye) in three of the ‘Harry Potter’ movies, and as Winston Churchill in the movie ‘Into the Storm’, for which he bagged an Emmy Award in 2009. With over 90 movies to his name, he has won two ‘British Independent Film Awards’ and three ‘Irish Film and Television Awards’, and has been nominated thrice for the ‘Golden Globes’ and twice for the ‘BAFTA Awards’ as well. As a young boy, he paid great attention to detail in dramas and plays, and studied various Irish playwrights. During his high-school years, he participated in school dramas and stage productions. In the early years of his career, he worked in television films, short films, and even gave voice-overs for documentaries. His breakthrough role came in 1995 in Mel Gibson’s hit movie ‘Braveheart’, and since then he has delivered poignant performances in supporting roles in films like ‘Gangs of New York’, ‘28 Days Later’, ‘Troy’, and ‘Mission: Impossible 2’. He also played engaging leading roles in movies such as ‘The Guard’, ‘Calvary’, and ‘The General’. With exceptional acting skills and a long acting career, he has been a guide and mentor for various actors in the Hollywood film fraternity.
Continue Reading Below 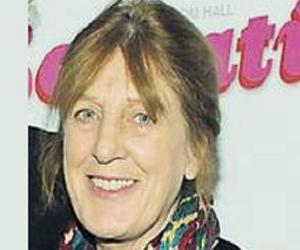 Irish People
Irish Men
University College Dublin
Tall Celebrities
Tall Male Celebrities
Childhood & Early Life
Brendan Gleeson was born in Dublin, Ireland on 29th March 1955 to Pat and Frank Gleeson. He has a younger brother, Frank Gleeson. As a young child he was described as an ardent reader of various Irish playwrights like Samuel Beckett.
As a teenager, he took drama classes and acted in various high-school plays like ‘Waiting for Godot’, and also devoted a couple of years to the ‘Dublin Shakespeare Festival.’ He received his education from ‘St Joseph’s CBS’, Fairview, Dublin.
Continue Reading Below
You May Like

See the events in life of Brendan Gleeson in Chronological Order