There are many painters and artists who emerged after the World War II but Mark Rothko was undoubtedly one of the most highly-regarded painters to emerge from the New York art scene. A bright student at school he soon won a scholarship at Yale University. However the Yale community did not impress him much and he dropped out of College to discover the city of New York. Discovering the artistic society of New York he finally found his niche and likeminded people who inspired him to paint. Working with several eminent artists and teaching some of the most artistic young minds, he developed a style of his own. Rothko, slowly moved away from representational art and started thinking of art as a medium of expressing the emotional and religious experiences. From surrealism to the much noted ‘multi-form’, his art took various forms and shapes. The latter slowly transcended into large rectangular fields of colour which eventually became his trademark. A key figure in modern 20th century painting, Rothko lived his life as a celebrity and he justified his reputation as a tortured artist by slashing his own arms and bleeding to death. Scroll further for more interesting information on this personality American Celebrities
Abstract Painters
American Men
Yale University
American Artists
Childhood & Early Life
Born on September 25, 1903 in Dvinsk, in the Russian Empire, Rothko was the son of Jacob (Yakov) Rothkowitz, a pharmacist and was the youngest of four siblings.
At the age of five he was sent to study the Talmud due to the Orthodox Jewish views of his father.
With the growing fear of the ‘Imperial Russian Army’, Rothko’s father immigrated with two of his sons to United States while Rothko stayed back in Russia with his mother and sister.
The family later reunited in Portland in 1913 but soon after Jacob Rothkowitz passed away leaving the family in an economic crisis. Young Marcus worked odd jobs to help his family financially and support his education.
The intelligent student began studying in the United States. He passed out with honours from ‘Lincoln High School’ in Portland in 1921.
After learning English, he received a scholarship from Yale where he found the community to be elite and also racist. When his scholarship did not get renewed he did several part-time jobs to support himself. 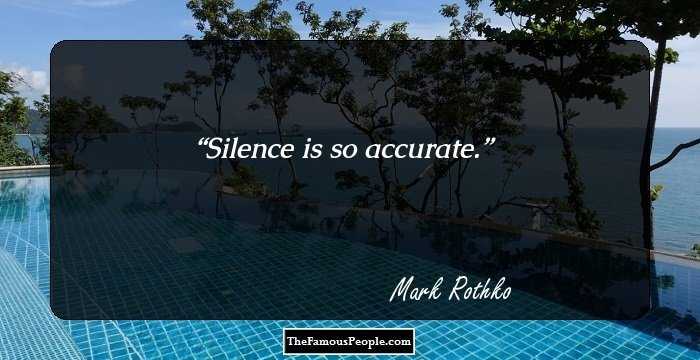 The Sexiest Men Of 2020, Ranked
Career
In 1923, Rothko moved to New York finding work in the garment district. Influenced by a friend’s art designs, he enrolled at the ‘New York School of Design’.
Viewing art as a tool of emotional expression, his first exhibit of work was with a group of young artists at the ‘Opportunity Gallery’ in 1928.
With a little amount of success coming his way, he started teaching painting and clay sculpture at the ‘Center Academ’ in the year 1929.
Over the next few years he worked with several artists and refined his craft. Finally in 1933, he displayed his first show at the ‘Portland Art Museum’ consisting of his drawings. He also displayed the works of his students at the ‘Center Academy’.
He returned to New York and did his first one-man show in East Coast at the ‘Contemporary Arts Gallery’ displaying fifteen oil painting and few aquarelles and drawings.
In 1935, he associated with Ilya Bolotowsky and many others to protest for the equal rights of the Artists. Also during this period he was shaping his influential work and his new art forms which would later go on to become his trademarks.
Two years later he worked with the Artists’ unions to set up the ‘Municipal Art Gallery’. It was 1940, that he stopped painting for a while and focused on reading the works of James Frazer and Sigmund Freud.
In 1942, he revived his art by being inspired by Friedrich Nietzsche's ‘The Birth of Tragedy’. His painting ‘The omen of the Eagle’ was a depiction of these thoughts.
In 1945, he did a one man show at Guggenheim's ‘The Art of This Century Gallery’ where he displayed his masterpiece ‘Slow Swirl at the Edge of the Sea’. The show however did not give financial returns to Rothko and his focus shifted from ‘Surrealism’ to the abstract work of Clyford Still.
Continue Reading Below
Next year he created transitional ‘multiform’ paintings like ‘No. 18’ and ‘Untitled’ which released two years later. These forms became a signature style in his later exhibits.
In 1949, his essay called ‘The Romantics were prompted’ was published which was a gentle justification of his artistes inspiration from the mythological figures. This time he came across Matisse’s ‘Red Studio’ which influenced his later work.
In the 1950s he visited Europe with his wife and had one-man shows in galleries in Amsterdam and also Japan.
In 1960s the ‘Rothko Chapel’ came into existence in Houston, Texas. He considers this his most significant work for which he gave six years of his life. 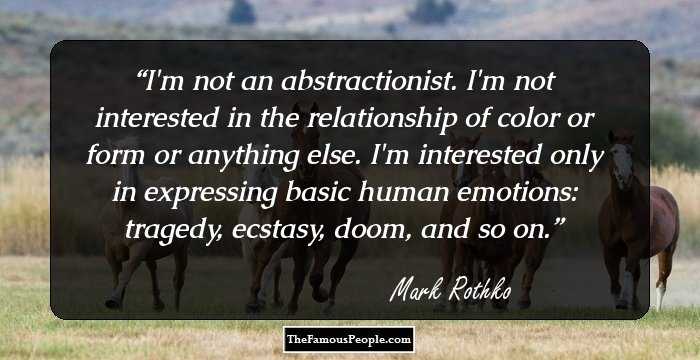 Quotes: Relationship, Art
Major Works
‘White Center’ and ‘Orange, Red, Yellow’ are famous paintings of Rothko which have broken many sale records and collected huge amount of money. While the ‘White Center’ was sold for 72.8 million dollars the latter was sold for 86.9 million dollars in New York.
’Rothko Chapel’ was his most celebrated work which opened in 1971, by when Rothko had passed away.
Personal Life & Legacy:
Rothko’s first wife was Edith Sachar, a jewellery designer. He had met Edith in Lake George and they got married in 1932. The marriage culminated in divorce nine years later.
A year after his divorce with Edith, in 1944, he met his second wife Mary Ellen ‘Mell’ Beistle. The couple got married in the spring, the following year.
In 1969, the couple separated due to Rothko’s increasing health problems and impotence. They have two children.
At the age of 66, Rothko was found lying dead in his kitchen by his assistant Oliver Steindecker. The artist had overdosed on anti-depressants and committed suicide by slitting his wrists.
David Anfam made a catalogue of Rothko’s 86 paintings. The book was titled ‘Mark Rothko: The Works on Canvas : Catalogue Raisonné’ and was published in 1998.
His son Christopher published ‘The Artist’s Reality’ in 2006. This was an unpublished manuscript by Rothko himself 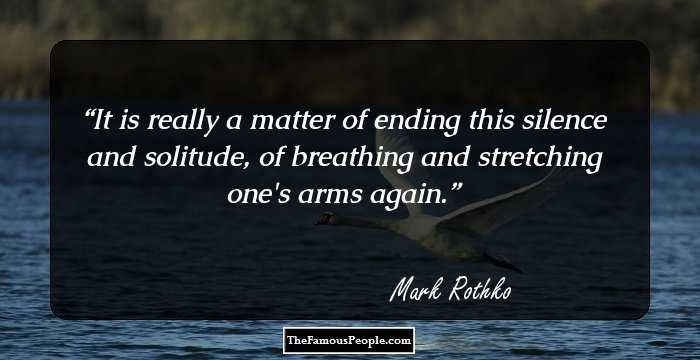 Quotes By Mark Rothko | Quote Of The Day | Top 100 Quotes

See the events in life of Mark Rothko in Chronological Order