French actress Marion Cotillard has a prolific body of work to boast in French and English language films. Born to actor-parents, acting came naturally to her. Her initial films saw her in minor roles, but slowly she caught the eye of film-makers, and graduated to doing lead roles. In America, she enticed audiences in Tim Burton's ‘Big Fish’ and in the French film, ‘A Very Long Engagement’. Her superlative work as the amazing French singer Edith Piaf in the biopic ‘La Vie en Rose’ won her an Academy Award, while her acting in ‘Rust and Bone’ was critically appreciated. She has become a much sought-after actress in Hollywood, having acted in films such as Michael Mann's ‘Public Enemies’, Woody Allen's ‘Midnight in Paris’ and two of Christopher Nolan's movies, ‘Inception’ and ‘The Dark Knight Rises’. Her performances in films such as ‘A Good Year’, ‘Nine’, ‘Contagion’ and ‘The Immigrant’ have enhanced her status as an actress capable of doing varied characters. Her career is showing an upward graph, with many projects in the offing. Despite her tight schedule, this gorgeous looking actress has shown her concern for the environment. She has been actively involved with the Environment group, Green Peace, as its spokesperson. Olga Kurylenko
Actresses #254
Environmental Activists #3
Singers #283
DID WE MISS SOMEONE?
CLICK HERE AND TELL US
WE'LL MAKE SURE
THEY'RE HERE A.S.A.P
Quick Facts

French People
Environmental Activists
French Women
Libra Singers
Women Singers
Childhood & Early Life
Marion Cotillard was born on September 30, 1975 to Jean-Claude Cotillard and Niseema Theillaud, both of whom are actors. She was raised in Orléans, Loiret, in France. Twins, Quentin and Guillaume, are her siblings.
Continue Reading Below
You May Like

The Best Black Actresses Of All Time
Career
Marion Cotillard’s acting career began with theatre. In the 1990s, she had minor roles in the TV series Highlander, and films including ‘My Sex Life... or How I Got into an Argument’ and ‘Taxi’.
One of her earlier films was ‘Les jolies choses’ which was an adaptation of Virginie Despentes’s novel. Marion’s dual roles of the twins Lucie and Marie, won her a César Award nomination.
Her first starring role was in the 2003 French film, ‘Jeux d'enfants’ or ‘Love Me If You Dare’, directed by Yann Samuell. She played Sophie Kowalsky, daughter of poor Polish immigrants opposite Guillaume Canet.
In Tim Burton’s fantasy film, ‘Big Fish’, in 2003, based on Daniel Wallace’s novel of the same name, she starred with Ewan McGregor, Albert Finney, Billy Crudup and Jessica Lange, playing Josephine Bloom.
In the French romantic war film, ‘A Very Long Engagement’ (2004), her portrayal of the character Tina Lombardi won her the César Award for Best Supporting Actress.
Her two important films of 2005 were ‘La Boite noire’ or ‘The Black Box’, directed by Richard Berry based on Tonino Benacquista’s novella, and, ‘Mary’, directed by Abel Ferrara.
In Ridley Scott’s romantic-comedy film, ‘A Good Year’ (2006), she starred opposite Russell Crowe, playing Fanny Chenal, a café owner in Provence. The film received negative reviews, but her acting was appreciated.
In 2008, she became the star of luxury goods company Dior’s advertising campaign. She featured in many short films to promote their handbags. Later, she appeared in the Lady Dior Web Documentary.
In 2009, she starred alongside Johnny Depp and Christian Bale in the crime film, ‘Public Enemies’, directed by Michael Mann. She played Billie Frechette, the love interest of the bank robber, John Dillinger played by Depp.
Continue Reading Below
In the 2009 Oscar nominated musical drama film, ‘Nine’, she was cast with Daniel Day-Lewis, Judi Dench, Nicole Kidman, Penélope Cruz, Sophia Loren, Kate Hudson, and Stacy Ferguson, and was nominated for a BAFTA.
In, ‘Inception’, a 2010 sci-fi thriller written and directed by Christopher Nolan, she was cast as Mal Cobb, the deceased wife of Dom (DiCaprio) with Leonardo DiCaprio, Ellen Page, Joseph Gordon-Levitt, and Michael Caine.
In the 2011 Woody Allen romantic comedy, ‘Midnight in Paris’, she played Adriana, the fictional mistress of Pablo Picasso, wooed by Gil Pender, a struggling actor.
In Steven Soderbergh’s 2011 thriller, ‘Contagion’, she played the leading character, Dr. Leonora Oranteso, searching the origins of the MEV-1 pathogen. The film was critically well received and was a moderate commercial success.
In 2012, she reunited with Christopher Nolan for ‘The Dark Knight Rises’. She played Miranda Tate, a member of the Wayne Enterprises. She was nominated for the MTV Movie Award for Best Villain.
She was cast for the first time in a lead role in an American movie ‘The Immigrant’ in 2013. The film directed by James Gray, has her playing Ewa Cybulski, a Polish immigrant.
She starred in the French film, ‘Two Days, One Night’ (2014) and received her second Academy Award nomination for the same.
Major Works
Marion Cotillard portrayed the French singer, Edith Piaf, in 2007’s ‘La Vie en Rose’. The film received positive reviews, grossing US$81,945,871 internationally. Her acting was described ‘astonishing’ by critics, and won her numerous awards.
In 2012, in ‘Rust and Bone’ directed by Jacques Audiard, she starred with Matthias Schoenaerts. Her superb acting as Stephanie, a whale trainer whose legs were amputated after a tragic accident, was critically appreciated.
Continue Reading Below
Awards
Her portrayal of Edith Piaf in the biopic, ‘La Vie en Rose’, won her major awards in 2008. For her superlative performance in the film, she received an Oscar, a Golden Globe and a BAFTA.
In 2012, she was nominated for a BAFTA and a Golden Globe Award for ‘Rust and Bone’, and she won the Hollywood Film Festival Actress of the Year Award for ‘The Dark Knight Rises’.
In 2014, she was once again nominated for Academy Award for her role in ‘Two Days, One Night’.
Personal Life & Legacy
Marion Cotillard has had relationships with two French actors, Julien Rassam and Stéphan Guérin-Tillié.
Since 2007, she is in a live-in relation with French actor-director Guillaume, and has a son, Marcel, with him.
She supports the environment organization, Greenpeace, and has become its spokesperson. In 2014, she signed ‘The Tiger Manifesto’, to help spread awareness among consumers on using forest and tiger-friendly products.
Trivia
This French actress made to the list of 100 most "Beautiful Famous Faces" compiled annually by The Annual Independent Critics, for twelve consecutive years.
She is one of the five French actors to have won an Oscar, the others being Claudette Colbert, Simone Signoret, Juliette Binoche and Jean Dujardin.

See the events in life of Marion Cotillard in Chronological Order 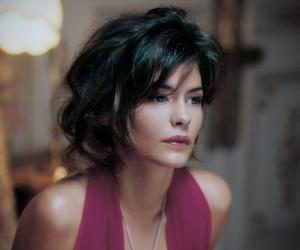