Lily-Rose Melody Depp is a French-American actress and model. At the age of 16, she bagged her first Chanel campaign, and became the brand’s face for pearl eyewear collection. A year later, she campaigned for the brand’s fragrance Chanel No.5 L'Eau, which saw a 30 percent boost in sales, making her a popular teenage model in the industry. She was also cast in Chanel's Rouge Coco Gloss campaign, and its Autumn/Winter 2017 campaign, making her the youngest Chanel brand ambassador till date. The daughter of American actor Johnny Depp and French singer and actress Vanessa Paradis, she has always been in the media limelight. In fact, she attracted huge media attention when she attended Chanel’s Métiers d'Art Collection show in New York with her mother, and became popular overnight. As a model, she has been featured in both the British and the French editions of ‘Vogue.’ Besides modeling, she has also embarked on an acting career and debuted in the Canadian comedy-horror film ‘Tusk’, which premiered at the Toronto International Film Festival in 2014. She has appeared in the movies ‘Yoga Hosers’, ‘La Danseuse’, and ‘Planetarium’ as well. She is also a social media personality, with 3.3 million followers on Instagram. Jade Weber
DID WE MISS SOMEONE?
CLICK HERE AND TELL US
WE'LL MAKE SURE
THEY'RE HERE A.S.A.P
Quick Facts

American People
French People
American Women
French Women
Taurus Models
Female Models
Career
Lily-Rose Melody Depp started her acting career in 2014, with a brief role in the film ‘Tusk’ where she played the character of Colleen Collette. Her father was also featured in the film. She was then featured in the April 2015 issue of the Australian magazine ‘Oyster.’ Her photographs were shot by Dana Boulos and Maggie Silverman. In the same year, she became the brand ambassador of Chanel’s eyewear line. She was also seen in Irish rapper Rejjie Snow’s video ‘All Around the World’, released in October 2015.
In 2016, she reprised her ‘Tusk’ character of Colleen Collette in ‘Yoga Hosers’, a horror-comedy film, written and directed by Kevin Smith. It was premiered at the Sundance Film Festival. In the same year, she bagged the campaign for Chanel's new fragrance No.5 L'Eau. She was then cast as Isadora Duncan in ‘The Dancer’, a French biographical film directed and written by Stéphanie Di Giusto. It was premiered at the Cannes Film Festival.
In 2017, she was cast in an advertisement campaign for Chanel's beauty line. She was featured along with Laurent Lafitte in the French film ‘Les Fauves,’ directed by Vincent Mariette. She will reprise her ‘Tusk’ role once again in the upcoming film ‘Moose Jaws’.
Recommended Lists:

French Models
American Models
Taurus Actresses
French Actresses
Continue Reading Below
Personal Life
Lily-Rose Melody Depp was born on May 27, 1999, in Paris, France, to Johnny Christopher Depp II and Vanessa Paradis. John Depp is an American actor, producer, and musician, who has received the Golden Globe Award and Screen Actors Guild Award for Best Actor. Lily-Rose’s mother is also a celebrity. She is a French singer, songwriter, musician, actress and model. After 14 years of togetherness, her parents separated in 2012. They have joint custody of Lily, so she spends her time in both Los Angeles and Paris. She has a younger brother named John ‘Jack’ Christopher Depp III.
In 2016, she dropped out of high school to pursue a career in acting. She is fluent in English as well as in French. As a young teen, she suffered from anorexia, and is still being treated for it. Being the daughter of celebrity parents, she has always been in the media focus since her birth. Her fashionable clothes also gain her much attention.
In 2015, she began dating Ash Stymest, an English model who has been featured on the covers of magazines like ‘Vogue Hommes’ and ‘Italian Vogue.’ They parted ways in April 2018.
Recommended Lists: 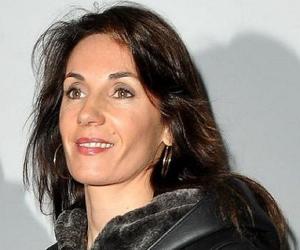